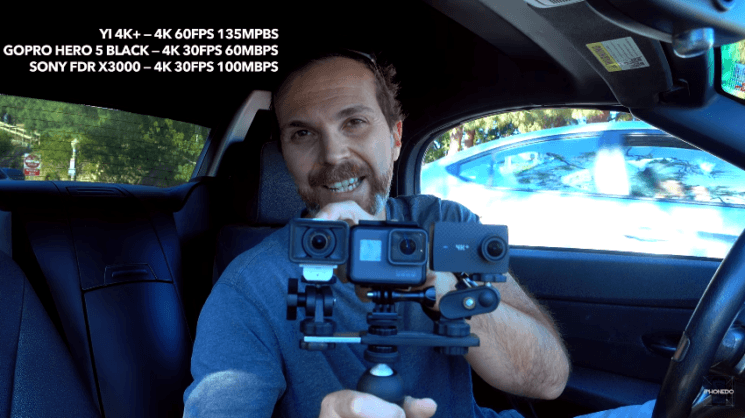 Yi 4K camera was announced as “GoPro killer.” Since then, they have issued a new and improved version, Yi 4K+, which is another model threatening to shadow GoPro with its price-quality ratio. YouTuber iPhonedo has released a video where he compared this action camera with its two rivals: GoPro Hero 5 Black and Sony FDR X3000. He attached all three of them side by side and went out for a couple of test shots. Let’s take a look which one has the best performance in different categories like image quality, stabilization, battery life and more.

The first thing to notice is that the cover of the USB-C port keeps opening up by itself, which is quite annoying.I don’t know if he had bad luck and got the camera with this problem, or they are all like this. But if any of you had the same problem, you can let us know in the comments so we can be sure.

But other than the physical characteristics (or better to say annoyances), iPhonedo tested the camera in the field, comparing it to GoPro and Sony. Here are the impressions:

When you zoom in the images to 200, 400 and 800, it seems that Sony FDR X3000 is the winner and contains the higher amount of details. Here are the screenshots so you can see for yourself: 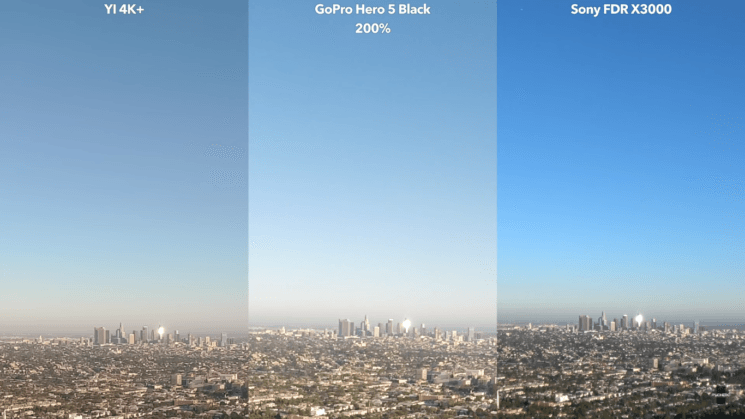 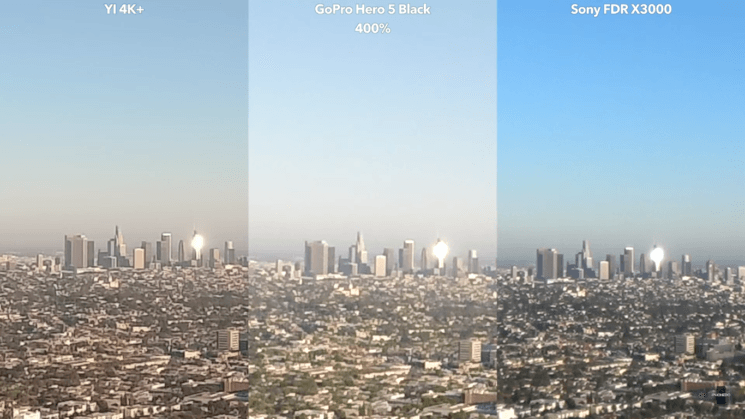 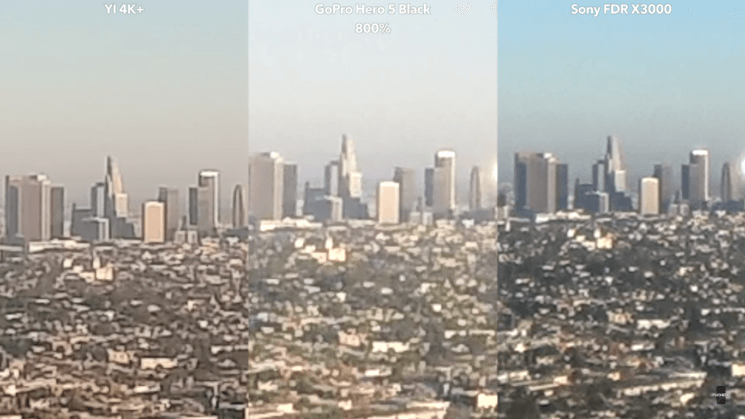 According to the Luma Waveform, Yi 4K+ and GoPro Hero 5 clip on highlights, which could give you issues in editing. When you set Yi 4K+ to Flat, GoPro to Protune and Sony to Natural mode, Sony stills seems to be giving the best results in both highlights and shadows. 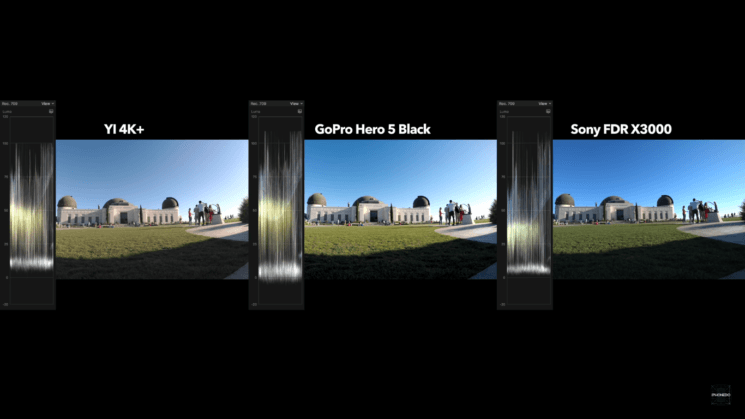 GoPro Hero 5 Black doesn’t have electronic image stabilization, so using it without a gimbal when you’re in motion is probably useless. Yi 4K+ does a better job, but Sony still takes the lead.

Both Yi 4K+and GoPro Hero 5 Black can take timelapse videos, whereas Sony FDR X3000 only takes timelapse photos, which means you need to turn them into a video yourself. 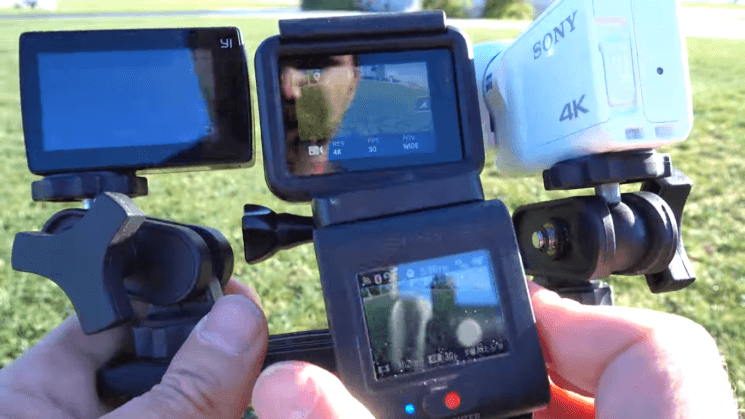 In bright sunlight, it’s difficult to see the screen of the camera. According to the video, it seems Sony and GoPro’s screens are easier to see (even with the sunglasses), while Yi’s screen is almost impossible to see.

From full to dead battery, Yi loses the battle and dies first. After it shuts down, GoPro and Sony still have some battery left.

Yi 4K+ has three sharpness settings: low, medium and high. It’s a useful feature if you don’t want to edit the sharpness in post-processing. Here you can see the sharpness differences at the image zoomed to 400%: 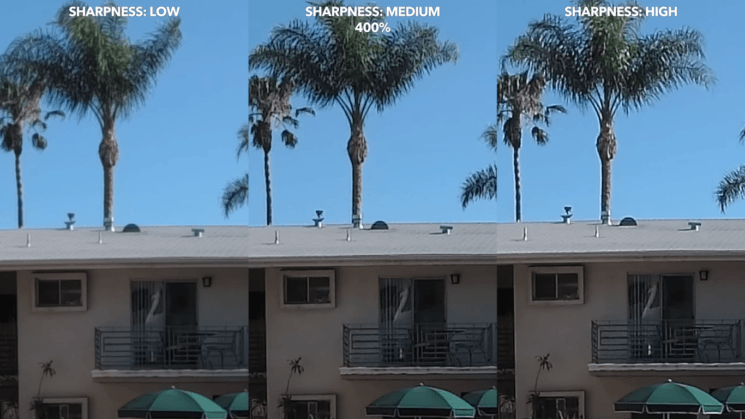 Finally, iPhonedo tests the Yi app. I can’t tell myself, as I’ve never used it. But according to our reviewer here, the app’s pretty good. It looks a lot like other smartphone apps, and doesn’t lack anything.

So, after seeing all this, it’s obvious that Yi really takes the lead and beats GoPro in some categories, but Sony actually outperforms both in some cases. After this review, I would probably go for the Sony. What about you? Do you have any of these cameras and what are your impressions? Share them in the comments below.

« Lighting tips: How to give your photos the famous National Geographic style
This video shows why you don’t mix cycling and drones »