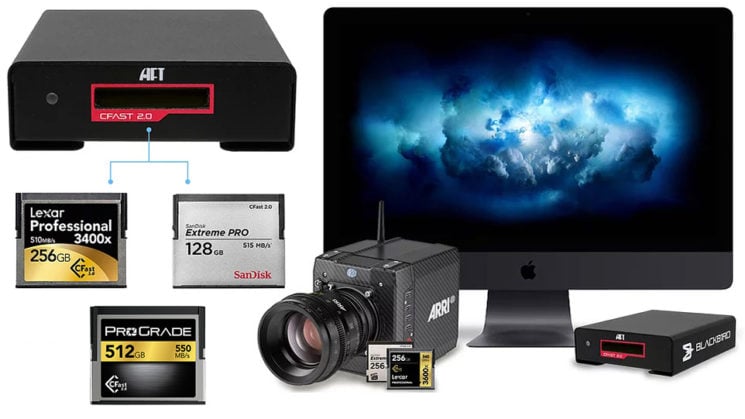 And with that in mind, Atech Flash Technology has now launched a “premium line” of products under the “Blackjet” brand, the latest being a new CFast 2.0 card reader. The Blackjet VX-1C is a USB 3.1 Gen 2 CFast 2.0 card reader with a rugged metal enclosure for maximum durability.

Aimed at video professionals, the VX-1C is designed for daily use. As a portable unit with a metal enclosure, it should stand up to the rigours of needing to back up cards regularly on location during filming. But it should work equally well in a studio, too. To dissipate heat, the enclosure is vented to allow warm air to escape and cool air to enter.

It utilises a USB 3.1 Gen 2 Type-C interface, it is compatible with both Mac and Windows. The VX-1C offers an ingest speed of up to 525MB/sec. Of course, that will potentially be limited by the card you’re using, as well as the host system it’s connected to.

It would be interesting to see how this one compares to the upcoming ProGrade Digital CFast/SD card reader in terms of speed. Especially given that ProGrade’s cards offer 550MB/sec transfer rates (slightly more than the VX-1C claims to provide).

The Blackjet VX-1C is available to buy now for $99.

This is what a CFast 2.0 card looks like on the inside

« Don’t like selfie stick? Check out a new gadget from its inventor
These street photos perfectly illustrate what the Decisive Moment is »