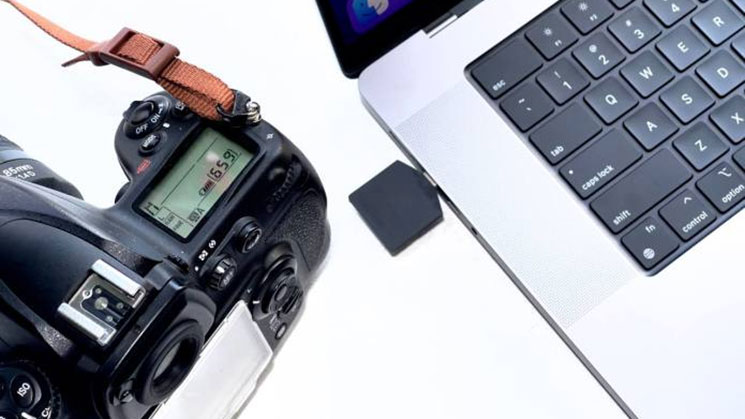 It seems quite obvious when you think about it. A memory card that features its own native USB plug so that you don’t have to deal with card readers, especially in the days of OTG memory sticks like the SanDisk iXpand. After all, with a lot of memory card formats these days, the physical size of them is mostly for easy handling by human fingers than actually needing to be that big to store all the electronics.

Well, the X-Driver, which just launched on Indiegogo, takes advantage of this dead space in the CFexpress physical format by removing some of it and replacing it with a Type-C USB plug. This lets you pull the card straight out of your camera and right into your smartphone or PC for backup, editing and sharing while fitting within the physical CFexpress specifications.

The company behind X-Driver says they’ve spent three years “redesigning the memory card from scratch” to minimise the size of the internals and make them more versatile for users. It appears to hold up to scrutiny when it comes to speed, too, offering 1700MB/sec reads and 1200MB/sec writes. They’re not breaking any records with those speeds, sure, but they seem to hold up to speeds advertised by the competition and are equal to those claimed by SanDisk for their Extreme Pro CFexpress cards.

According to the Indiegogo campaign, the cards are currently in the prototype stage. This means they have a working demo but the product hasn’t been finalised or started to be manufactured yet – hence the need for the campaign to help fund that. It’s made from polycarbonate and stainless steel for maximum durability and features PCIe Gen.3 x2 NVMe 1.3 inside it for storage in 128GB, 256GB and 512GB capacities. Whether the speeds stand up to scrutiny in the real world obviously remains to be seen. 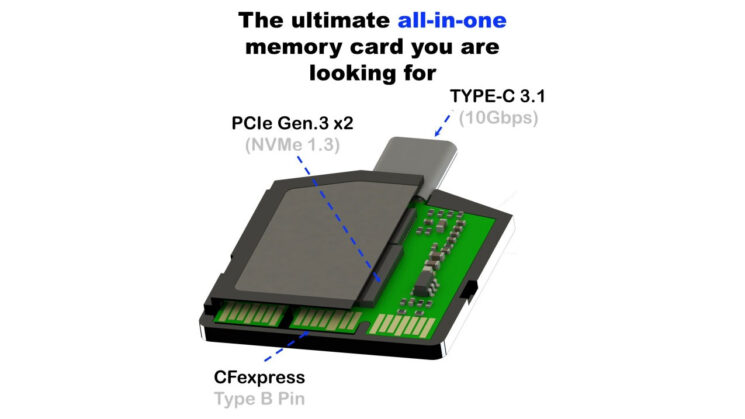 It’s certainly a promising concept and one that I felt would pretty much be coming eventually. I think the only thing that’s really held it back in the past is the physical size of cards, with things like SD/microSD and even CompactFlash being too thin to accommodate the connection tech of the day. Now, though, with Type-C plugs being slimmer than CFexpress cards, it definitely makes a lot of sense to combine the two in this way.

Getting rid of the need for a card reader does come at a little extra expense, though. The 128GB SanDisk Extreme Pro CFexpress cards mentioned above are currently $139.99 – retail. The “Super Early Bird” deal on the X-Driver is $144, and that’s at 20% off the final retail price. So, this is the potential downside of incorporating the USB plug into the card itself. With each new card, you’re buying a whole new USB interface, basically. 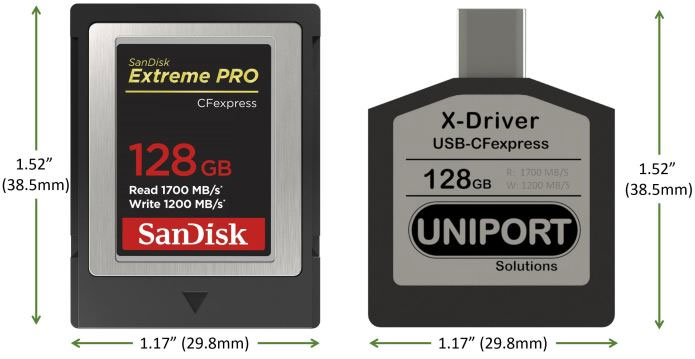 At $180 per card with no reader vs $140 per card and around $80 for a decent card reader, you only need to buy a couple of cards before the savings made by not having to buy a dedicated card reader are negated and now you’re spending more money on each extra card you need. Of course, you’re paying for that convenience of not having to carry a card reader around with you everywhere, too. Which may be worth it for some.

The prices do get better when you go up to 256GB with the Super Early Bird at $240 vs ~$290 for the SanDisk, and 512GB at $384 for the Super Early Bird vs ~$470 for the SanDisk. But once the campaign’s over, the prices are pretty similar or a little more expensive than SanDisk. And SanDisk aren’t even the cheapest reputable brand of CFexpress, with ProGrade offering 128GB cards for $99 and Lexar with 256GB cards at ~$269.

It will be interesting to see if this takes off. The concept is great, but if you need more than a couple of cards, I think most photographers and filmmakers will go the more traditional route and just use a card reader with less expensive cards from known brands. But equally as interesting will be to see if other manufacturers start incorporating USB connectivity directly into their storage, too eliminating the need for card readers.

At least, it would eliminate the need for a card reader until that relatively delicate-looking Type-C USB plug breaks.

Side note: Does anybody else find it amusing that they’re using a Nikon D700 (which has just a single standard Type I CompactFlash card slot) in one of their campaign images to market a memory card that it doesn’t even work with? They do show it working with a number of devices in videos, though, including a Canon EOS R5 mirrorless camera.

« Watch this complete guide to shooting subjects on white seamless backgrounds
A great Speedlight, but is it worth the upgrade? »