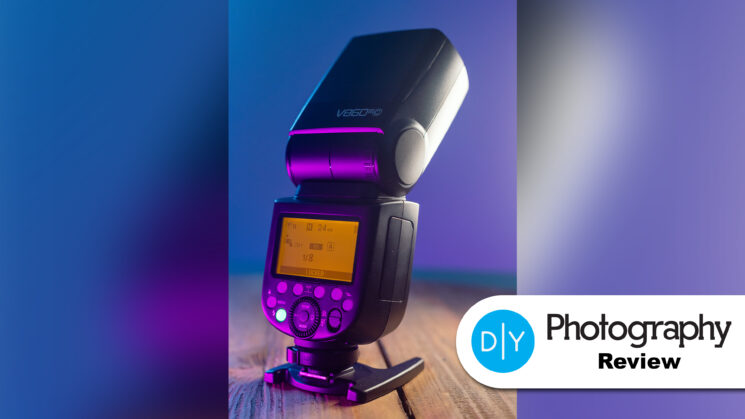 Godox announced the updated version of their square-headed Speedlight the V860III last summer. Having an extra portable flash unit in your bag is always a good idea, particularly if you’re like me and often end up shooting on location, so I was keen to try it out. Godox boasted several new features such as a new hot shoe lock and modelling light, but is it really different enough from both the previous V860II or the round-headed V1 to warrant an upgrade? Let’s take a look!

So there are several new features compared with the previous version of the same flash. The most noteworthy is the modelling light. This is a pretty novel idea for a speed light, I don’t know of many other brands that have added a modelling light to this type of flash before. It’s certainly worth taking a look, although I’m not sure how useful it will actually be.

Additionally, there is a handy side switch that lets you swap between the TTL and Manual modes very quickly. Like its predecessor, version III has a rechargeable Lithium-ion battery which promises a 1.5s recycle time and 480 full-power flashes. It’s also the same battery that the V1 and AD100 Pro use which means that you can interchange between them should you own those models.

The other main difference is the hot shoe lock. On the new version, it’s a sideways slider that locks completely onto the hot shoe, allowing for extra security and no risk of it falling off.

What’s similar to the V860II

All the flash modes you would expect, from TTL, multiple flash, HSS up to 1/8000s, rear-curtain sync, Flash Exposure Compensation, and Flash Exposure Bracketing are present and correct. The flash head is zoomable from 20 to 200mm and of course, features the same flexible angle head. You can use it as both a receiver and transmitter, so using it in conjunction with other Godox flashes is entirely possible and should be easy. Likewise, it’s compatible with all the Godox X triggers and receivers.

What’s included in the box 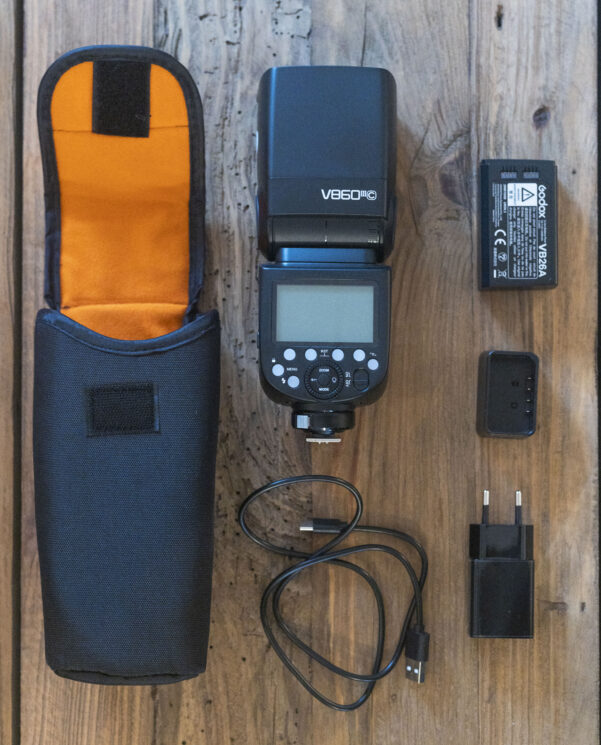 Note to self: remember to take the stand out of the box before taking the photo!

Included in the box are the flash unit, mini stand, lithium battery, battery charger plus cable (USB), case, and instruction manual. There are no big surprises here but there’s everything you need to get started. If you want to use the flash off-camera you will need to buy a trigger for your camera such as the Godox X2T or XPro.

Well, what can I say? Upon opening the box it looks like a pretty solid and standard Speedlight. There’s only so much you can do to reinvent something like this, and on first inspection there didn’t seem to be anything much to distinguish this Speedlight from multiple others. The feel of it is pretty nice. It is larger than my Canon 430exii but honestly not by much, and weighs roughly the same. The build quality seems good, although I must admit that the hot shoe lever does feel a little bit on the plasticky side.

Pretty much every other strobe and Speedlight I have ever used along with Godox triggers and receivers have been a straight out of the box and using them within 5 minutes affair. Well, the V860III unfortunately wasn’t quite so easy to set up. In the end, I had to resort to reading the manual (the horror!) and also a remote consultation with my DIYP colleagues.

It could have been stress-induced because I decided to test it approximately 1 hour before a client was due to arrive for a shoot, but perhaps that is pushing it somewhat! In the end, I did get the flash to work in the mode that I wanted it to, and connect to the X2 trigger mounted on my camera. Here’s a clue: if you want to use the flash in receiver mode, you need the RX to show on the display! 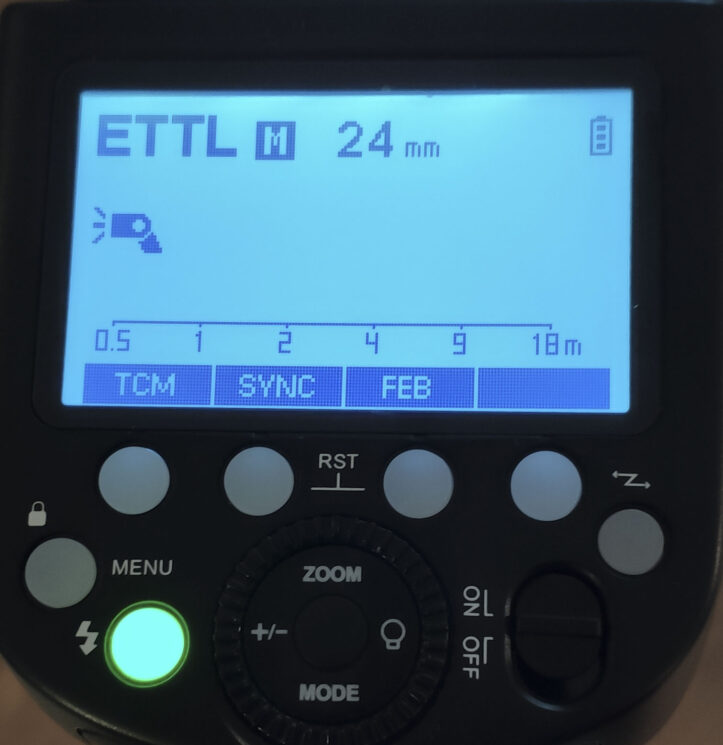 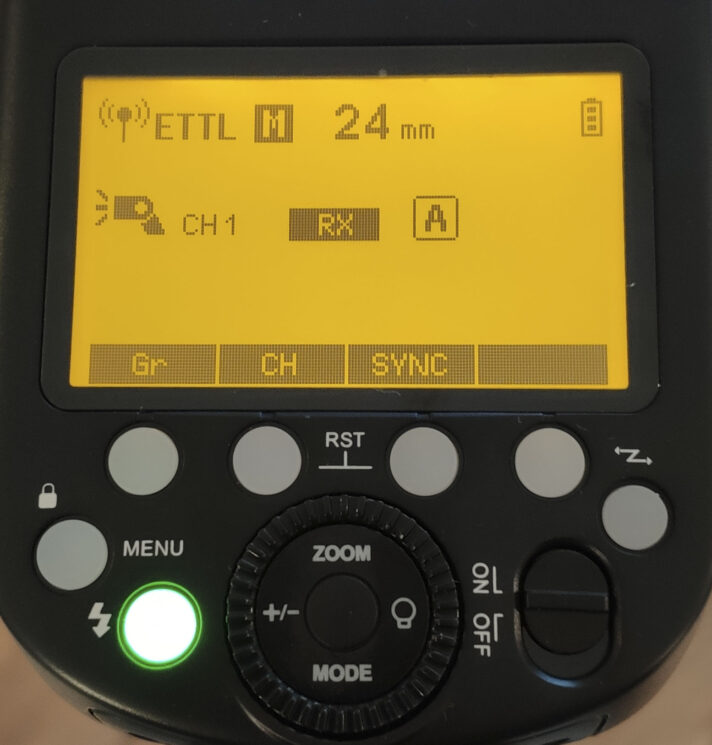 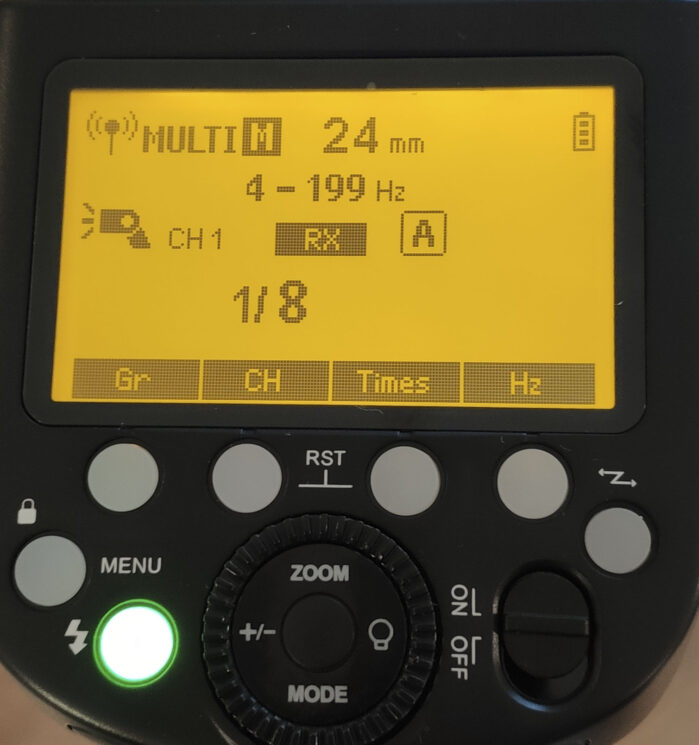 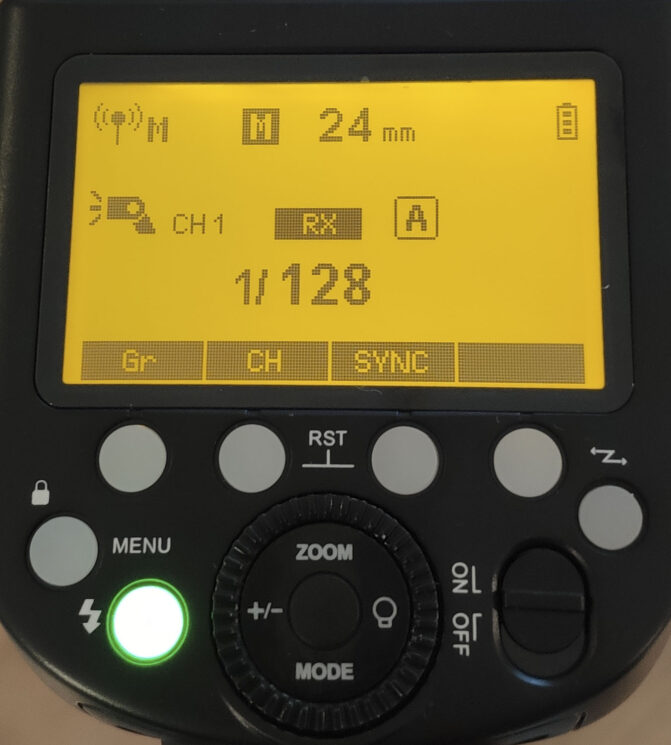 There certainly are a lot of options in terms of modes for this flash, and it is incredibly versatile. That being said, however, if you are predominantly a manual flash user and just want something basic and quick and easy to use and set up, then the number of buttons and options and combinations of buttons you need to push to get you what you want is a little overwhelming. I will most likely be using the handy lock feature to stick to the basic settings from now on!

A note about TTL

I must admit that I am a manual flash user. I think I possibly used TTL for the first time years ago when I was first learning about off-camera flash, and I quickly moved away from it. It didn’t work for me then, and it still largely doesn’t work for me. For the sake of this review, I did try it, it worked, it was very consistent (see the images below), however, I still didn’t like it and probably will never use it again! 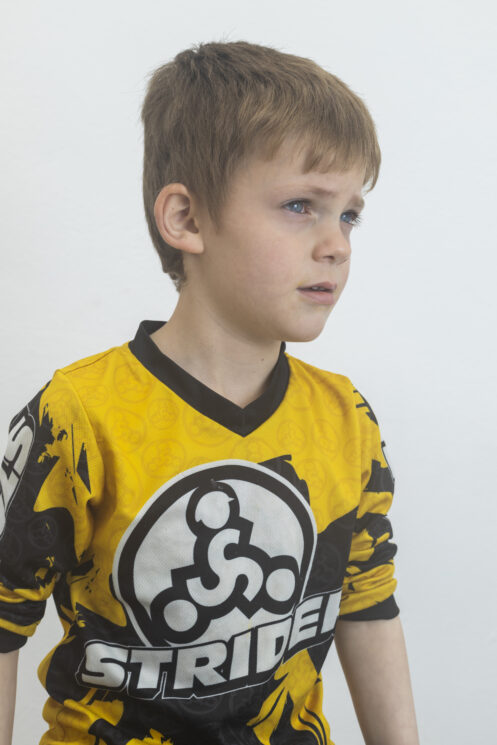 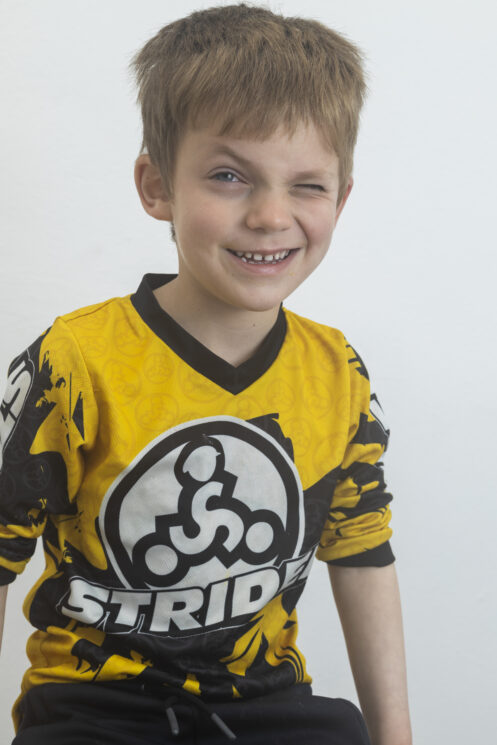 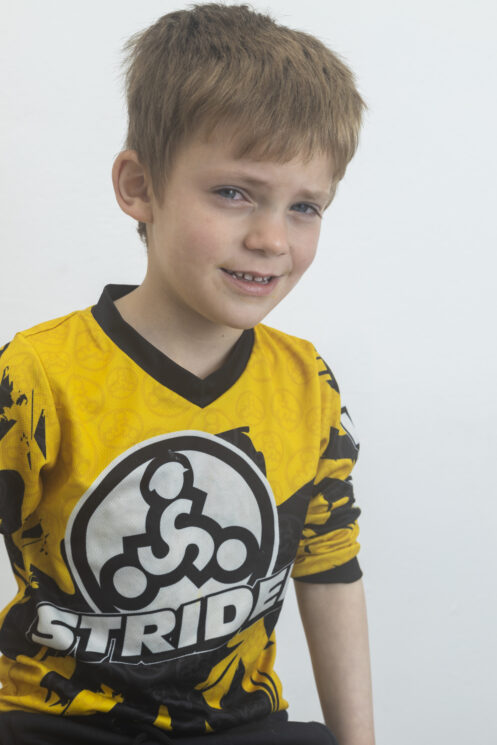 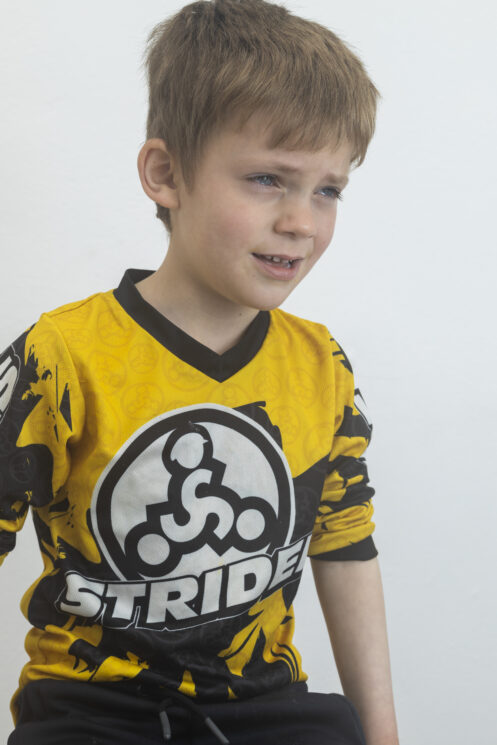 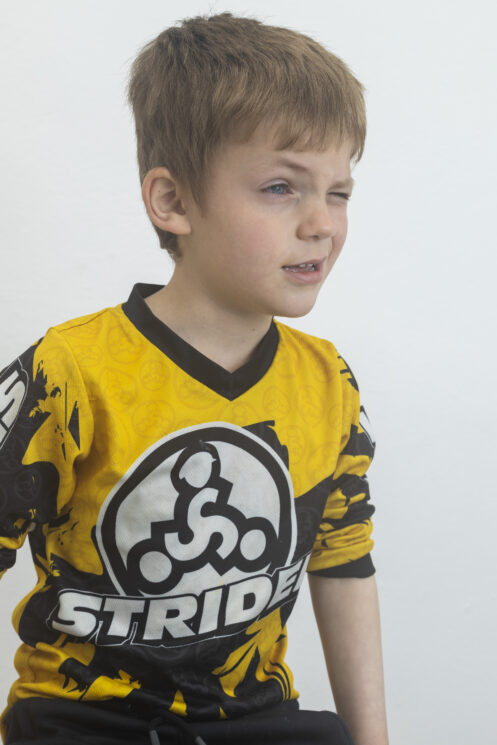 However, saying this, I can see that the TCM option that flips between TTL and Manual modes could be very useful, particularly for event and wedding photographers. Basically, it allows you to take a shot using TTL, and then switch to manual mode keeping the exact same settings for consistency of images. Lack of consistency is possibly one of the biggest reasons that I don’t particularly like using TTL, but this TCM option solves that pretty well, as you can see in the images below.

It’s a pity that the side button that switches between M and TTL isn’t actually the TCM function because to have that at the flick of a switch without having to go into the digital menus would be far more useful than just the basic M to TTL mode switch that we have. 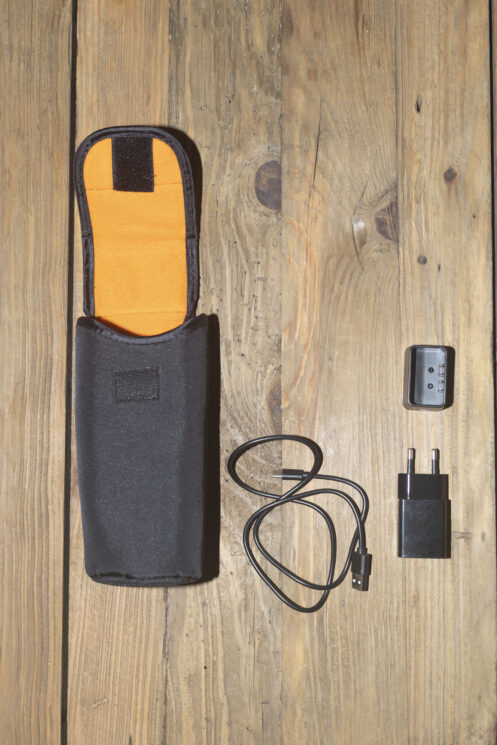 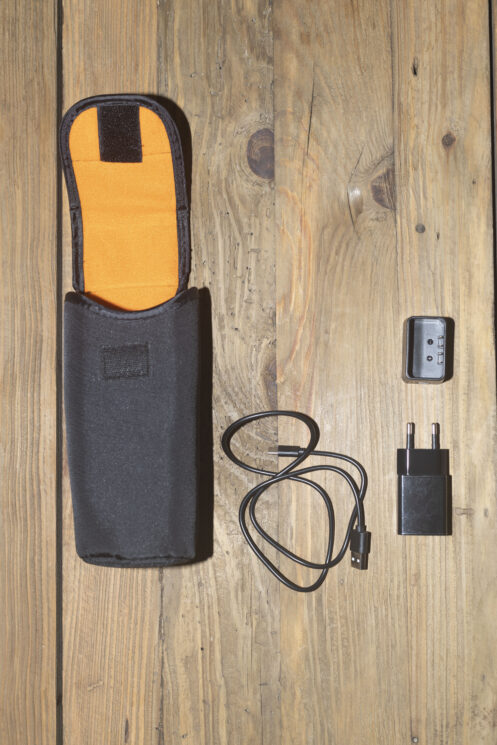 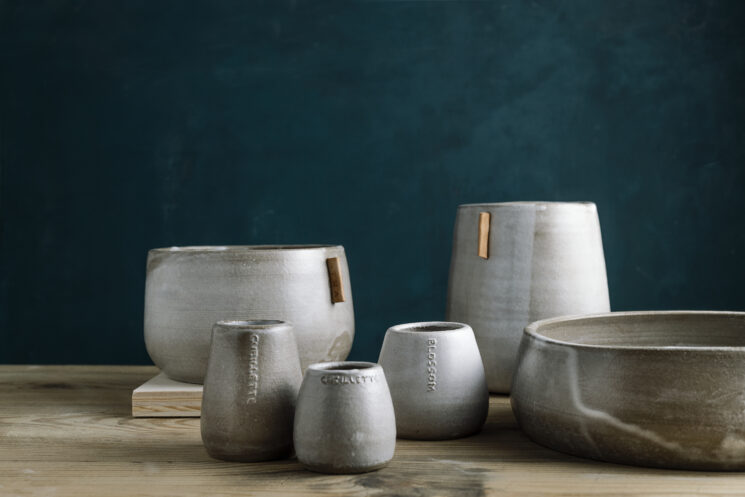 Once I had the flash firing in the way I wanted it to, it worked really well. It was plenty powerful inside a softbox and was easy to control the flash output remotely from the trigger. The recycle time and battery power was impressive and could easily manage a string of repeated shots at 1/2 power with no problems.

The modelling light was interesting, although not really powerful enough to use inside a softbox. I have become perfectly happy without having a modelling light with these types of strobes. They are good for beginners to help you see what you’re doing, but after a while, you tend to be able to visualise the light fairly accurately anyway. For me, this is just another feature that I won’t be using. 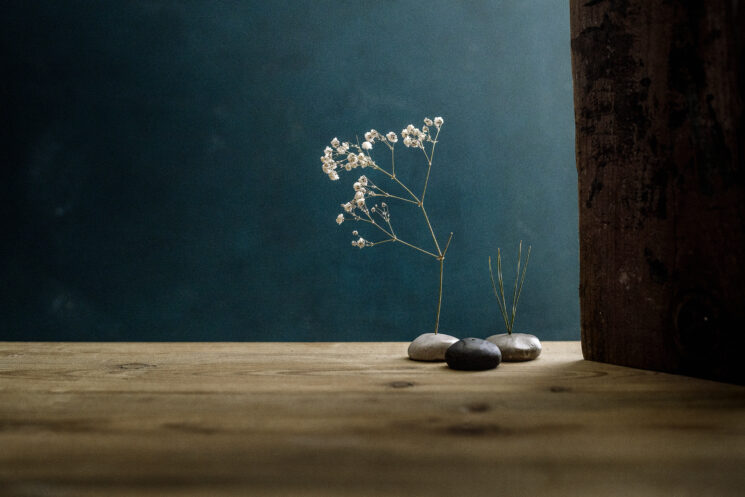 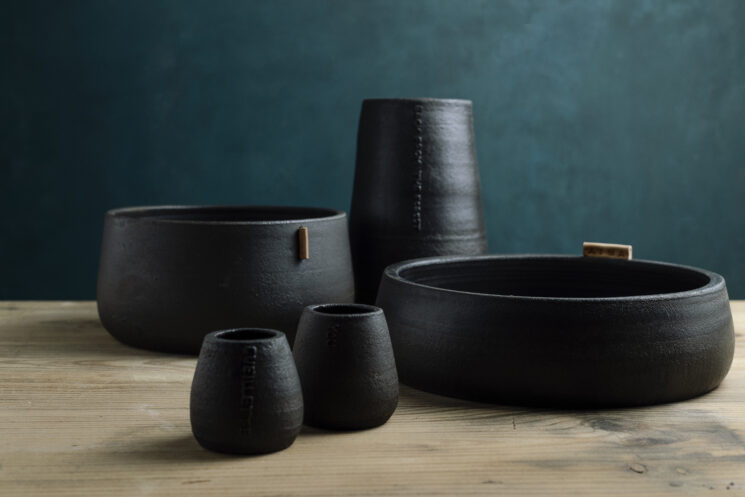 This flash pretty much does what it says on the tin. Godox isn’t reinventing anything here but has continued to produce a consistently good Speedlight that easily competes with camera-own brands for a much lower price. And it’s of course a far sight better than the super-budget flash options such as Yongnuo.

The Godox flash feels like a quality product in terms of output and power, and once you’ve gone through the pains of setting it up I can’t really fault it. If you’re looking for a portable Speedlight style flash unit then you could not go far wrong with getting the V860III.

But is it worth an upgrade from the V860II or V1? Honestly, on this matter, I’m unsure. They are all fairly comparable in terms of features, the main difference being the price of the most recent one being roughly at the mid-point between the others. That being said, the fact that it has a rechargeable battery wins me over versus other brands of Speedlight, however, the V860II also has this feature. The fact that it is compatible with the V1 means that if you’re simply looking for another flash to add to your existing arsenal of Godox flashes, then this might be worth considering adding to your collection.

Sony A7 III vs A7 IV – Is it really worth the upgrade?

« No card reader required – The X-Driver is a CFexpress card with a built-in Type-C USB plug
Google Photos’ unlimited storage is back, but there’s a catch »