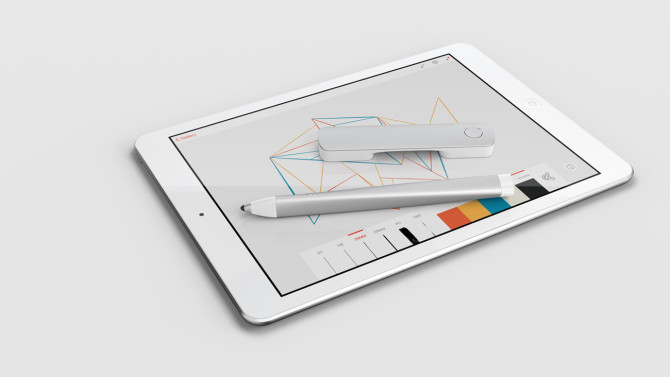 If you think Adobe, you think software. With the release of new iOS applications for iPad, Adobe today also announces new hardware to break into the market previously dominated by Wacom. With the release of a new stylus and digital ruler, Adobe has come out swinging by turning the iPad into a high definition graphics tablet.

Previously, Adobe have excelled in producing software and dominated within the photographic and design industries. Now, with new hardware, they are further cementing themselves as the leader of innovation. If you own an iPad already, no longer will you have to buy a graphics tablet in addition, which you likely use with Photoshop anyway. Instead, by using the free iOS apps, particularly Adobe Photoshop Mix, these two pieces of hardware allow you to expand your work into areas you may not have previously ventured with fine control in editing and design work around your photographs.

I find this bold step fascinating. Adobe has long had a firm foothold in the industry as a software giant, but now it is taking that extra step to go further. The hardware items are listed below:

It’s a stylus. But it looks gorgeous. Presently running at full capacity exclusively with iOS7 and beyond controlled devices, this three-sided hydro-formed aluminium sylus allows controlled, expressive drawing and actually connects to Creative Cloud. Yes, through the pen, you have access to your creative assets – favourite drawings, photos, Adobe Kuler color themes and more. It is a pressure sensitive pen, lightweight, and reportedly balanced for a comfortable grip.

A companion for Ink, it is a category-defining digital ruler, enabling precision sketching of straight lines, perfect circles and balanced shapes on iPad. For me, I feel this is more a tool almost exclusively for the Adobe Line app, but who knows what application it might have beyond.

The new hardware comes bundled for US$199.99 via Adobe.com and is currently only available in the US. It is expected to ship to other regions, such as Europe, Asia and Australia, later this year.

So, there you go. Very cool new mobile technologies by Adobe. I know I’m personally excited by the prospect of these. I have long thought about purchasing a Wacom tablet for fine editing. Now, since I already own an iPad, I can just purchase the tools to work on my photographs. With the Creative Cloud integration, it will help my workflow and speed up the creative process. Will you be picking up this new hardware?

Those Snake Photographs Are Amazing, Price Was A Black Mamba Bite