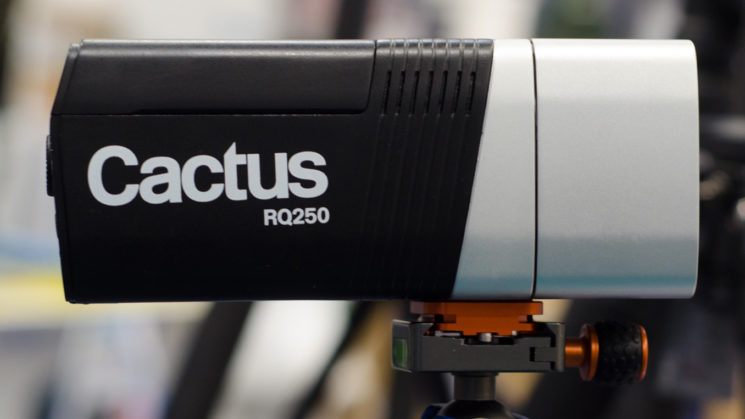 Cactus has remained quite a small player in the flash scene since Godox came along with their powerful and portable lithium-ion powered strobes. But, small as they may be, they are a mighty force. They have the widest cross-platform compatibility of any brand out there and have become a favourite of Pentax and Sigma shooters the world over.

But Cactus has always had one big problem. They only make speedlights. Well, that’s changed now, with the announcement of the RQ250 battery powered portable strobe. It’s 250Ws and on paper, it seems to compete very well with its direct Godox AD200 competitor. We got to check out a prototype at The Photography Show recently, and have a little chat about its future.

But as of right now, the previously published specs are expected to be met, and some even exceeded.

Being still in the prototype stage means that there’s no real word on price or a release date yet, although it’s currently still expected to be out at some point during Summer 2018.

As soon as we know, we’ll be sure to post an update.

« Snapchat is “a new kind of camera,” according to their first TV commercial
Laowa 15mm f/2 Sony FE Review »