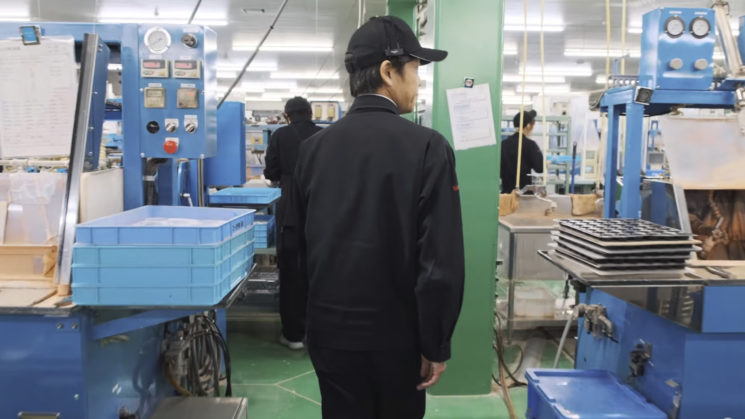 It’s not much of a secret that I like to see those factory tour videos. Watching cameras, lenses and other photography related items being built fascinates me. I just like to know how things are put together and how they work. But one thing that often gets lost in such videos is the human connection. To the company and its workers.

The folks at cinema5D had the opportunity to take a look around the factory to see lenses being built. But they also got to sit down and talk with Sigma CEO, Kazuto Yamaki. It’s an interesting discussion talking about the company, the people who built it, the people who still work there and why all the machines on the factory floor are painted blue.

The factory in Japan is where Sigma makes their highly regarded Art series and cinema zoom lenses.

The blue colour of the machinery boils down to one simple thing. Employee happiness. Mr Yamaki’s father, who founded the company in 1961, didn’t want the factory floor to feel cold and clinical. He wanted it to be a more pleasing environment to look at and work in. So, blue was chosen. And when, one day, a white machine showed up, it was sent back to be painted before they’d accept it.

Listening to the conversation, you do get the feeling that those working at Sigma are just like one big family. Sigma currently employs around 1600 people, with 1400 of them in this factory. They’re probably making a bunch of those new 105mm f/1.4 Art series lenses right now. Just getting them ready for the official launch.

« Facebook Messenger now lets you send 360-degree photos and HD videos
Snapchat is “a new kind of camera,” according to their first TV commercial »