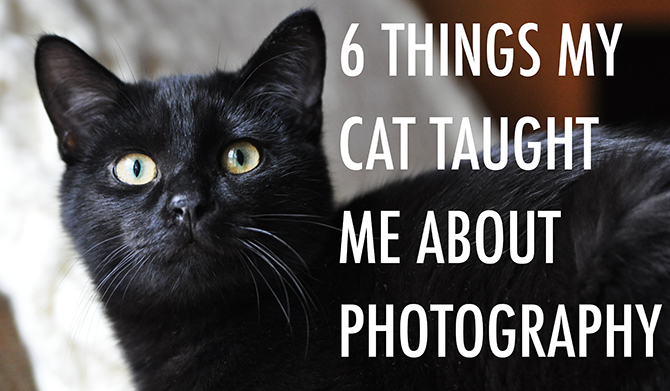 Okay– so, let’s be clear about something. He’s not actually MY cat. We happen to coexist in the same house, thanks to my wife and son convincing me in ways only they know how that it was time for a new pet and that he was just the pet we needed. Personally, I’m a dog person. Seamus and I, however, seem to have a love-hate relationship. As in we love to hate each other. Call it a restless detente. That may be overstating things just a bit, but this cat spends quite a bit of his time pissing me off. I actually believe he schedules it in some sort of kitty tablet (there’s an app for that). It wasn’t until recently, though, that I realized this havoc-wreaking creature that my son loves so dearly might actually be able to teach a thing or two about photography.

The Only Approval You Need Is Your Own

In this day and age of the over-saturated photography marketplace, it’s easy to fall into the trap of craving approval and recognition. We post about our projects on Facebook. We tweet about them. We seek out critique on pages populated by people who spend much more time pushing buttons on a keyboard than on a camera– people who will nitpick a photo to death from the safe anonymity of the internet in ways they would never dream of doing in person.  There’s nothing wrong with looking for honest (and occasionally harsh) critique. I actually encourage it. But don’t confuse critique with approval. Seamus couldn’t care less about our approval, as is evidenced around here on a daily basis. Do your thing. Find your voice. Make sure it’s yours and don’t worry about the rest of us.

When the terror beast decides it’s time for a cease-fire (read “nap”) he starts kneading whichever blanket, couch, chair, or lap he’s decided to grace with his presence, spending what seems like an inordinate amount of time making sure his perch is just right. If it’s not, he’s gone and the process resumes elsewhere. In photography, not every location is going to be perfect. Far from it. There’s this notion out there that we should be able to capture stellar images from absolutely anywhere and that’s just not always the case. The client’s needs and desires will often dictate your location, but not always. Don’t force it if you have options. Location scouting plays a big part in what we do, as well as where and when we do it. Having said that, don’t confuse “difficult” with “impossible.” There is nothing quite as satisfying as creating something amazing in a location where you didn’t think you ever could.

Keeping It Simple Can Be Pretty Awesome

I was bringing all of the gear from a shoot back in the house the other day– cameras, lights, stands, modifiers…everything. There on the floor was my little black nemesis, playing happily with a rubber band he’d swiped off my desk. The shoot that day had gone really well, but the fact that this cat was experiencing such unparalleled joy from something as simple as a rubber band at that moment reminded me that some of my favorite photos were taken the most simply, with little gear and even less planning. Sometimes, less really can be more.

If Curiosity Really Killed the Cat…

The fact is I’ve yet to see a documented case of curiosity actually killing a cat. You and I, on the other hand, are a different story entirely. We’re artistic. We’re inquisitive. In a world where there’s no such thing as an original idea anymore, we’re still convinced we can find one, and that’s a good thing. By our very nature, though, we are often attracted to places and activities that can be very dangerous if not approached properly. So by all means, please be careful. While getting “The Shot” may be our main priority, we don’t have nine lives. Make sure you come home in one piece.

I like to think I’m in charge. Seamus thinks that’s the funniest thing he’s ever heard. The fact is that it doesn’t matter what behavior I try to correct, or what obstacles I put in his way. That conniving feline assesses the situation and figures out a work-around. Every time. It’s an infuriating trait in a pet, but one that we should all strive to develop for ourselves. Technical obstacles are just that– technical. We know what we’re trying to achieve with a particular shot, but can’t quite get what’s in our head into the camera. It’s easy to feel defeated in those situations. Artists don’t always take a very methodical approach. Sometimes it works for them, but sometimes it doesn’t. Knowing your weaknesses is just as important as knowing your strengths. Put the two together and you’ll be climbing those drapes in no time.

Make Your Mark…Preferably Without Chewing Up the Furniture

He’s a royal pain, but I’m stuck with him, so I might as well make the best of it. For today, at least, he seems to have earned his keep and offered up a bit of inspiration. Not that I’m going to tell him that. It will only go to his head.

Upon reading this post, Seamus decided to get back at me by shedding mercilessly all over my freshly folded laundry. Not my wife’s. Not my son’s. Just mine. 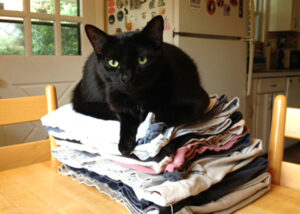 30 lessons Leonardo da Vinci has taught me about photography, art, and life

Meet the PhoDOGraphers, a team of adorable canines taught to take photos of their owners

What shooting film taught me about black and white images