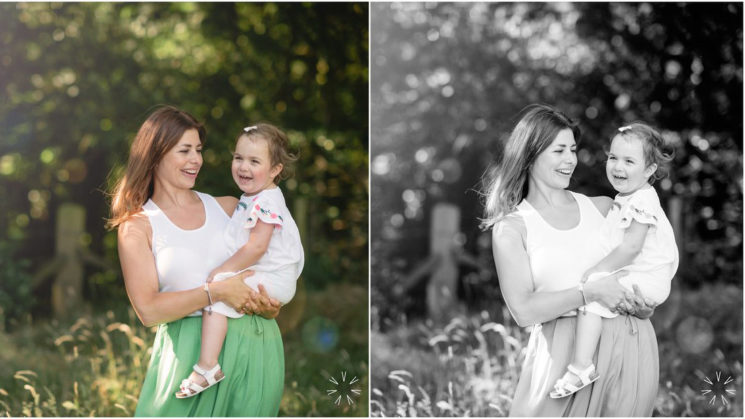 Clients often ask whether they can have their photos in black & white. My reply is always that I’ll do black and white versions in the gallery if they work.

If they help the image shout “look at me”.

Back in 1986 when I got my first SLR, I only shot black and white film. I forget why. Perhaps colour was too difficult to process. Although, growing up, I was lucky enough to have a darkroom at home, it wasn’t equipped for anything complicated.

When I started, I photographed a lot of trees and landscapes – with only the odd portrait here and there. I noticed that sometimes the fantastic photo I would see in front of me as I clicked the shutter, would actually emerge as a rather disappointing black and white print in the developing tank. Other times, some pretty mundane shots actually looked far more interesting in black and white.

Seeing the black & white in colour

This was the first signpost to me that some photos shout “look at me” in black & white, whilst others shrivel into a dull wash of faded greys.

The limitations of using film mean you can’t “spray and pray” (shoot a hundred shots in the hope that one of them will turn out to be great). With only 36 photos on each roll of film, every photo is at a cost. So you need to quickly find out what will work and what won’t. If you’re shooting on black and white film, that’s about developing a vision of the black & white version of the scene in front of you.

This was a little frustrating at the time. But when I was thinking about black and white recently, I realised it taught me a lesson I’m still using now. 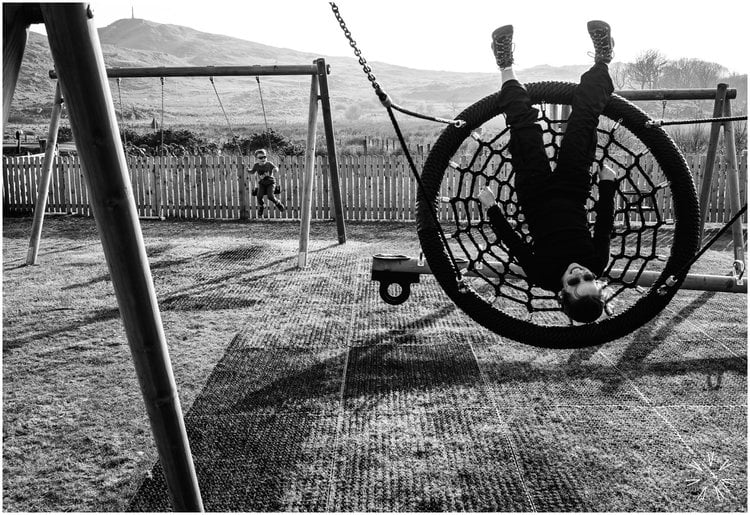 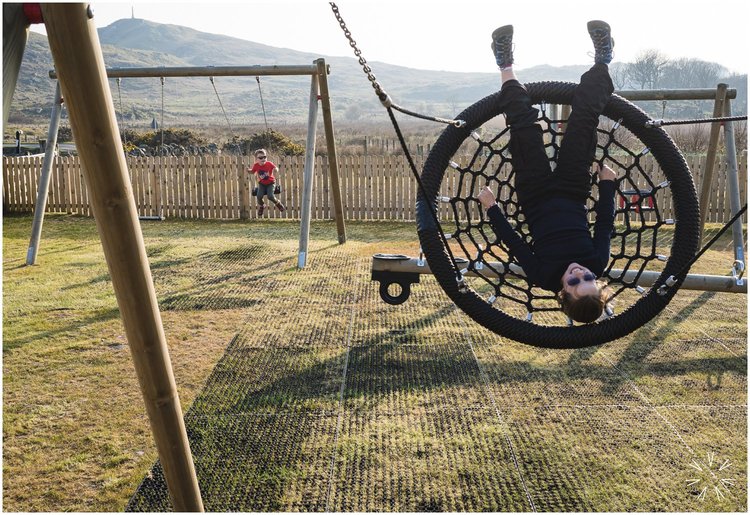 The luxury of digital

With the luxury of digital, photos are far cheaper. Theoretically it doesn’t matter if I know what will make a good black and white photo. But of course, converting every single image takes time, as does evaluating every frame, comparing black & white and colour versions. So that instinct about what makes a good black and white is still a valuable skill.

Most of the time I look at a scene to photograph and I have a pretty good idea already.

Shooting the image of my children at a playground (above) I knew instantly that I would convert it to b&w. I saw the rather messy green ground was dominant in colour, and the lines of all the playground structures and shadow would be simpler in black and white.

There has to be a reason

So, for me, there has to be a benefit to converting to black & white. 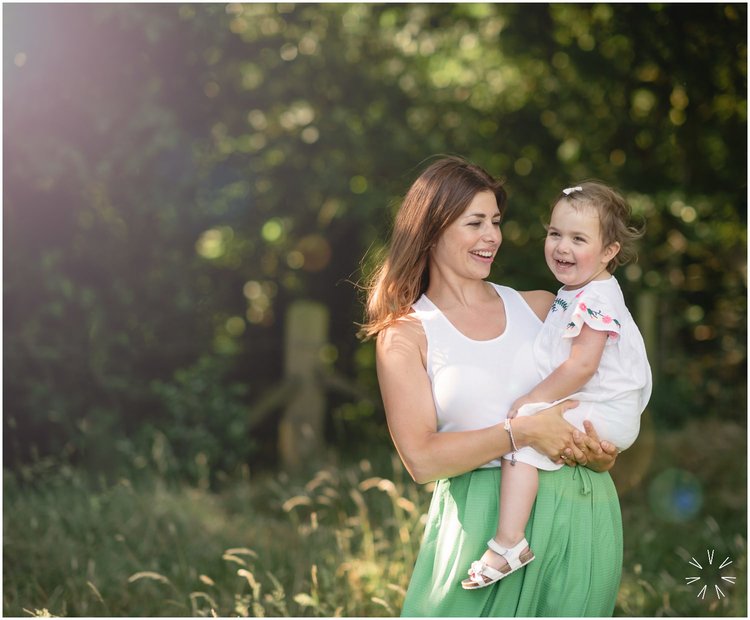 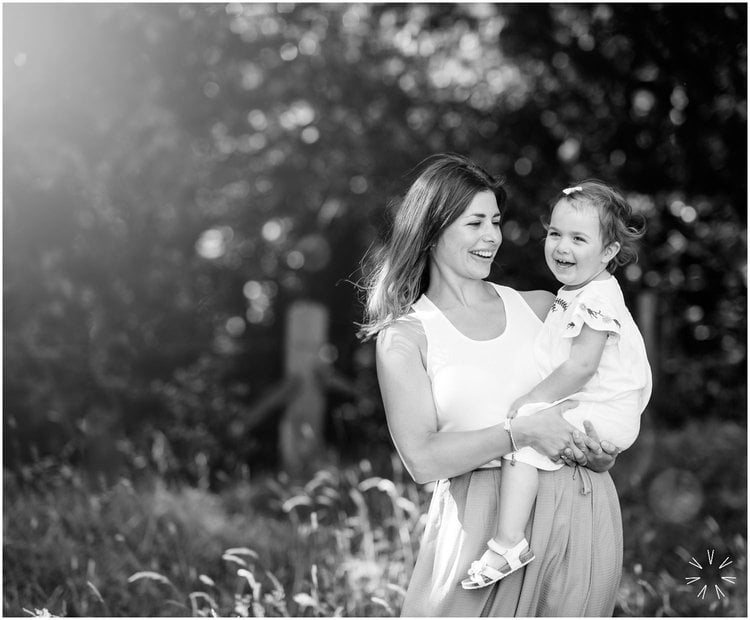 Not everything looks better in black and white

That’s a controversial opinion by the way. I’ve found that a few photographers think that black and white is the purer form of photography. But for me, life is in colour and sometimes that is the important part of the story of an image. Equally sometimes it’s not.

With this mother & baby image above, I think that the warm haze from the setting sun, and the green highlights on the trees behind are important in giving the warm summery feel to the scene. In black and white it feels to me that something significant is lost. 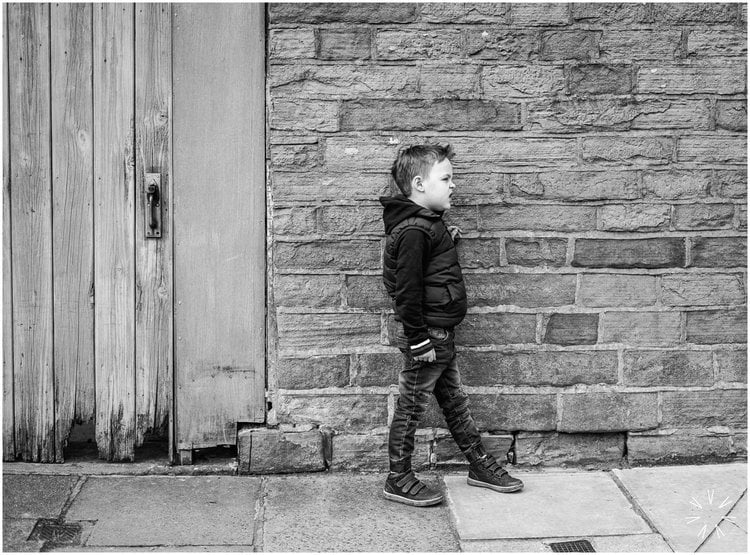 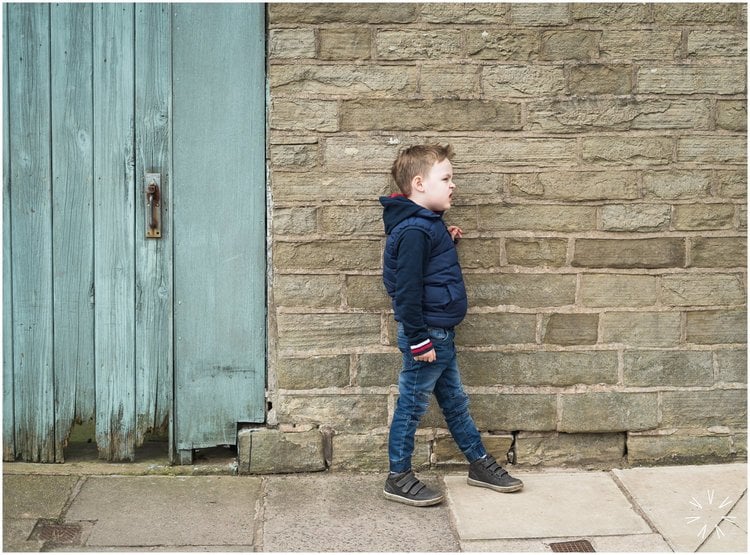 When I was shooting this quick image of my son scowling in front of the stone wall, I certainly was “thinking in colour”. I was drawn by the wooden door colour – one of my favourite colours. He was supposed to stand in front of the door for me, but was characteristically uncooperative. However on my computer I then saw the texture of the wall and door and this is another reason for converting to black and white. The monochrome throws the texture into forefront, and when converting for this I like to add a little contrast to emphasise this. 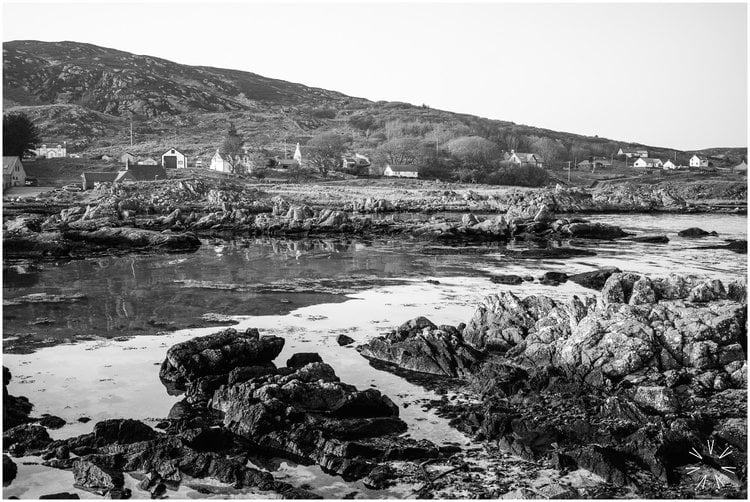 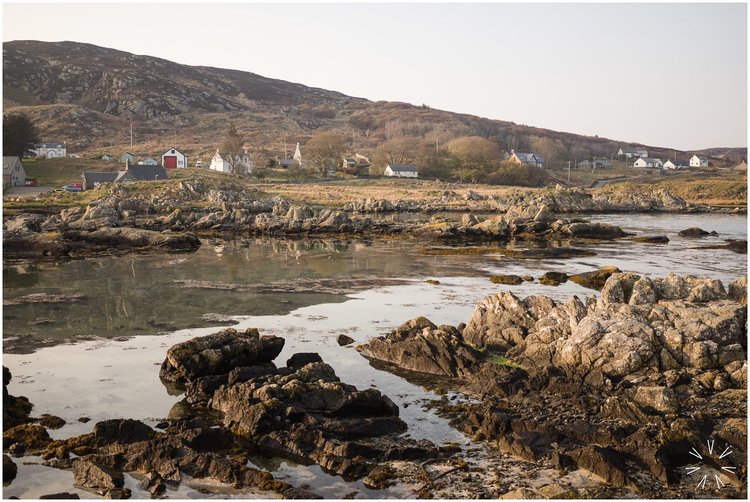 The coherence of the scene

When black and white emphasises texture though, sometimes the scene can seem less conherent.

In this landscape image of the Island of Colonsay, above, I feel that the subtle colours of the Scottish landscape and the feeling on the evening light is lost in the black and white. The buildings are also more lost within the landscape of the middle ground of the photo. 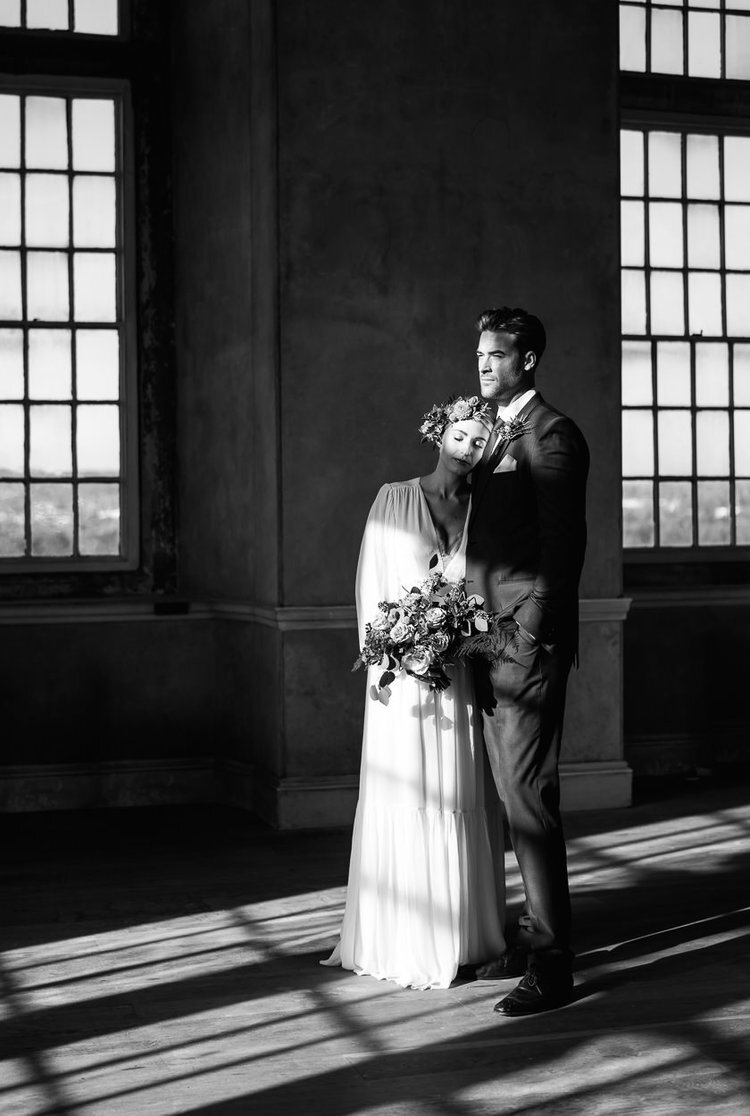 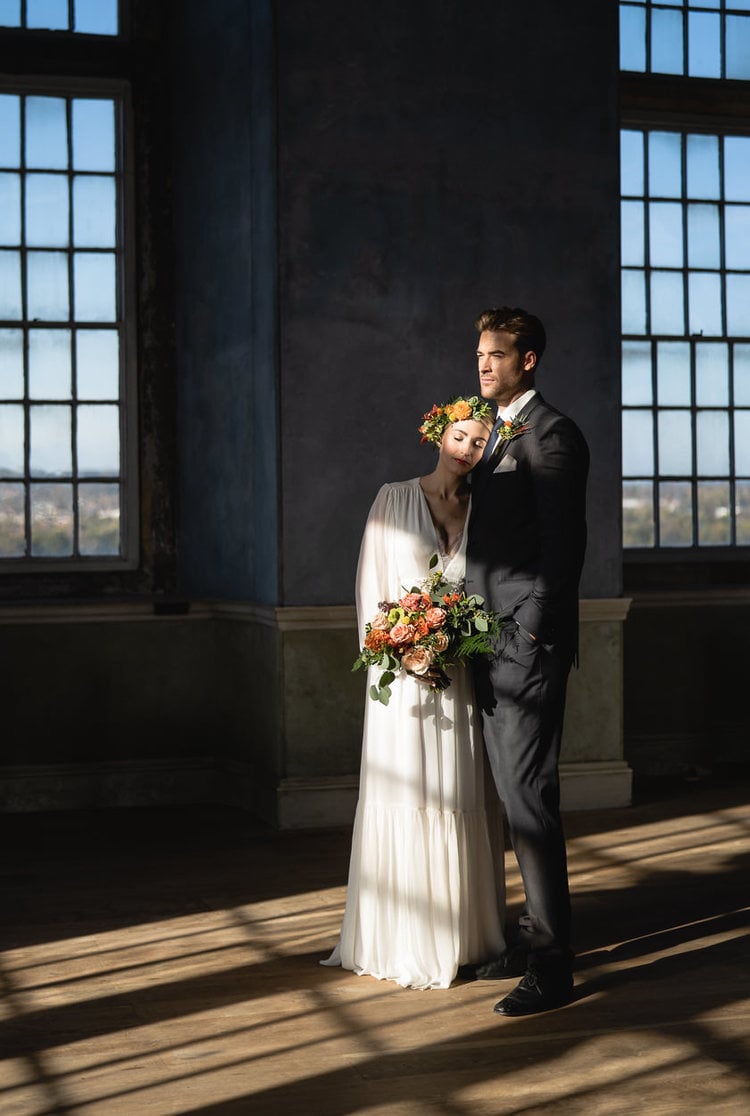 And colour can be key to the photo. In this wedding shot, above, we really want to see the colours of the flowers in the bouquet. The colours and flowers selected by the bride are an important detail of her wedding.

But although lacking in this detail, the advantage of the black and white version is that the composition becomes more strongly defined as the shapes of the window and light patterns on the floor become clearer when you can’t see the different tones of the window and floor. 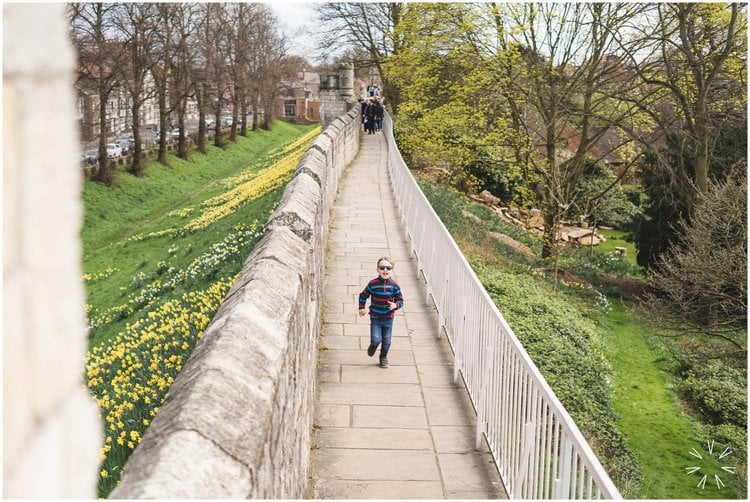 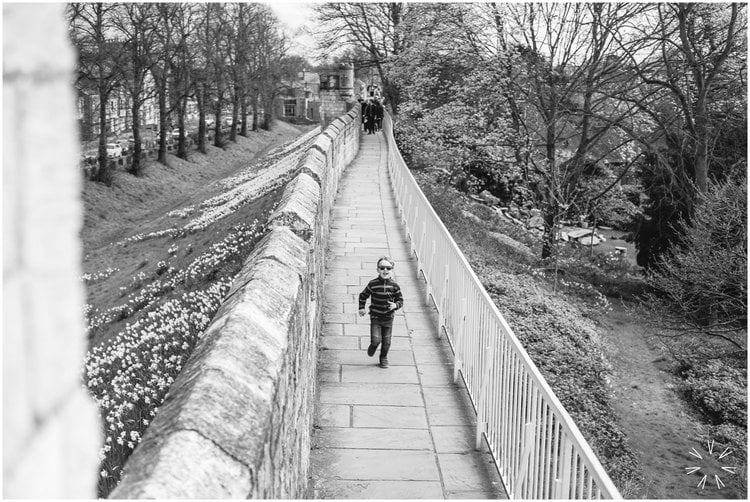 Similiar to the wedding image, this snapshot of my son running along the York city walls has strong compositional elements.

But in this case it really only works in colour for me. The daffodills are completely lost in black and white, and the grass no longer provides a nice green sandwich around the stone wall. Instead we are left with a lot of greys and shapes and a much more confusing – and therefore boring – photo.

This is the danger of converting everything to black and white, you make what was a reasonable photo into a mundane photo. 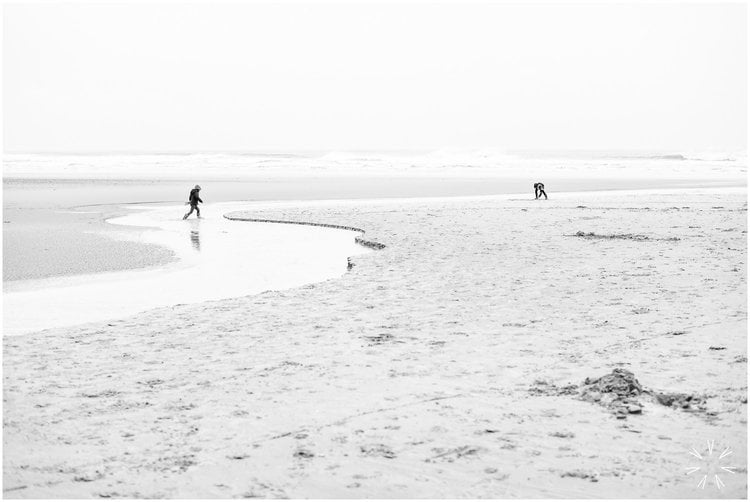 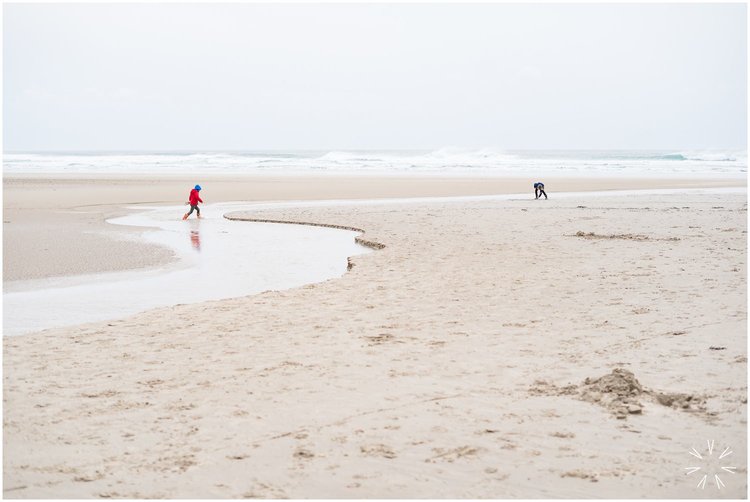 And sometimes – who knows?

These photos from a family trip to Scotland (above & below) were certainly shot in colour in my mind. The first one (colour version) was featured on the Italian Vogue website.

But as I started writing this post I thought it would be interesting to see the monochrome versions of these. And here’s the thing – I can’t decide which one I prefer. The simplicity of black and white can be very pleasing – but so is the subtle gradient of a colour hue.

So sometimes, I don’t know!

Who is to say which is “best”? Which do you prefer? 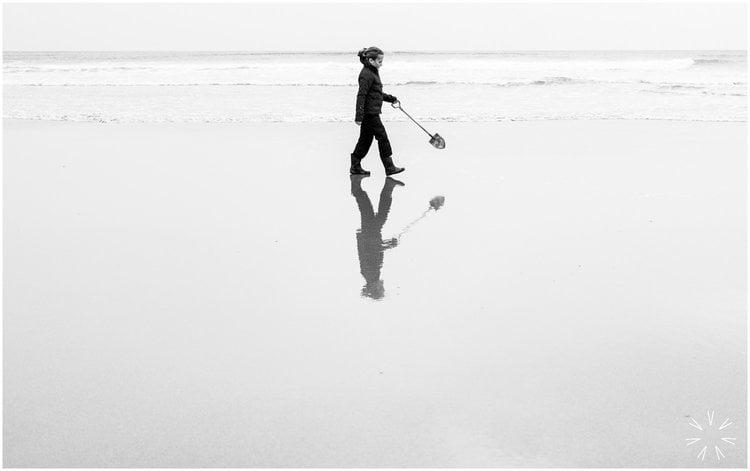 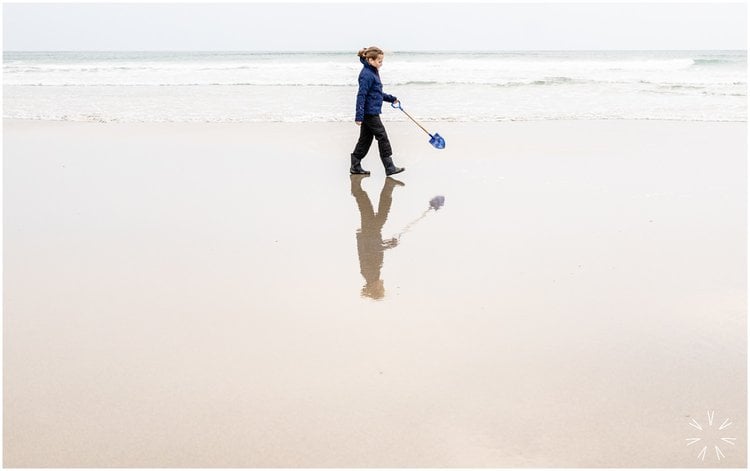 Ellie Cotton is a Cheshire photographer based in Bollington, UK. She is focused mainly on family and newborn photography, and she also organizes photography courses. She’s the owner of Dandelion Photography, and you can follow her work on Instagram and her Facebook page. This article was also published here and shared with permission.

6 Things My Cat Taught Me About Photography

30 lessons Leonardo da Vinci has taught me about photography, art, and life