Pop quiz– How many times in an average day do you come across a photo on-line, put there by a photographer seeking critique, comments, suggestions, opinions, or input? Actually, it’s not a fair question. If your day is anything like mine, you lose track by lunch time. Between Flickr, 500px, my students, and the many photography-related pages I follow on Facebook, there are just too many to count. Despite the huge count (or maybe because of it) I find two things that resonate with me about these posts. The first– based on their reactions– is that most people aren’t really looking for an honest critique. They are looking for validation. The second thing that jumps out at me is that most people simply do not know how to give a proper critique. 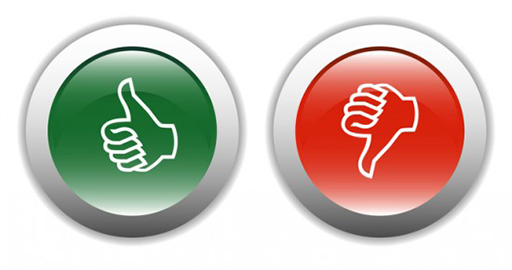 Now that I’ve alienated both sides in one fell swoop, let’s all take a collective breath and figure out what I mean. And just so we’re clear, I am in no way commenting negatively on anybody’s ability as a photographer. As a matter of fact, my entire premise assumes that the people giving the critique are talented photographers who know what they are talking about.

I just don’t think too many of them are talking about it very well.

In my time as a photographer, teacher, student, assistant, second-shooter, and photo lackey, I’ve learned several things about both sides of a critique. From the delivery standpoint, I think it’s important to realize that a useful critique is not just a core dump of everything you like or don’t like about a photo. Mercilessly ripping a photo apart actually can be part of a useful critique, but if that’s all you’ve got, better to keep it to yourself because you’re not doing anybody any lasting good with it. Remember that a critique is a reasoned response to the work.

So, what’s it going to take?

Ask: Does the Photographer Actually Want a Critique?

I know. It sounds pretty basic. That’s because it IS basic. Regardless of whether it’s on-line or in person, I don’t think that every person putting a photo out there is actually looking for a full-on, 100% honest critique. You may have the best of intentions, but if the photographer isn’t willing to hear it, there is no way they’re going to listen to it. So, step #1 for me is to always begin with an honest question looking for an honest answer– “Do you want an honest critique?” If they need to think about it I keep my mouth shut.

We’re not talking about the “Like” button, or my friend who simply replies “Nice” to each photo I email. We’re talking about words that have the power to help an artist flourish, or convince them to never pick up a camera again. It’s a big responsibility and none of us should take it lightly. That being said, the internet is FULL of undeserved, glowing critiques, handed out like candy, for one reason. It’s easy. Good critique is not easy, but it is honest and– even more importantly– constructive.

You Don’t Know Everything

Call this “Honesty: Part 2.” My ego is just as big as some, and probably bigger than others. I admit it. But I don’t let it fool me into thinking that I know everything. While a lot of what we do is governed by unchanging principles, this is art we’re talking about. It grows. It evolves. The bottom line is that it is impossible to know everything about it, so don’t act like you do just because you’re in a position to critique someone else’s work. If that means asking questions about why they did something a certain way or researching their technique, then do it. This isn’t supposed to be about you or how you would do something. It’s about helping the person who did it do it better.

There’s no rule book that says you have 30 seconds to look at an image and then have to immediately critique. Take your time. Look it over. Do something else. Look at it again. Think about what you want to say and how best to say it. What would a useful critique sound like to you if it was your work? I usually start with the technical aspects of the photo (lighting, composition, etc.), before moving on to the more subjective areas (visual impact). This increases my chances of having something positive to say at the beginning of the critique.

The Moment of Truth

Avoid blanket statements like “your lighting is off,” or “I don’t like her hair.” Observations like this do nothing constructive because they don’t explain anything. You need to explain why the lighting is off. Are there hot spots? Does the lighting not match the mood of the subject? What might make it better the next time? Telling me that my model’s hair just doesn’t work isn’t constructive if you aren’t telling me why it doesn’t work.

The best critiques are those that can happen in person– where you and I can sit down and have a conversation. When location or timing does not allow for that, my next preference is email. If what you are really looking for is an honest, useful critique, then the best scenario is a private conversation. Even if you’ve posted your image on-line and invited critique, I’m still going to opt for a private response, rather than adding to a long litany of Facebook comments.

A useful critique is one that educates the photographer. Be careful, though– if you do it right, you might just learn something yourself.

Comic strip courtesy of “What the Duck”

Stop asking for ‘constructive criticism’ – how to solicit good critique

Create your best videos by learning how to plan

How the kids are learning photography on TikTok