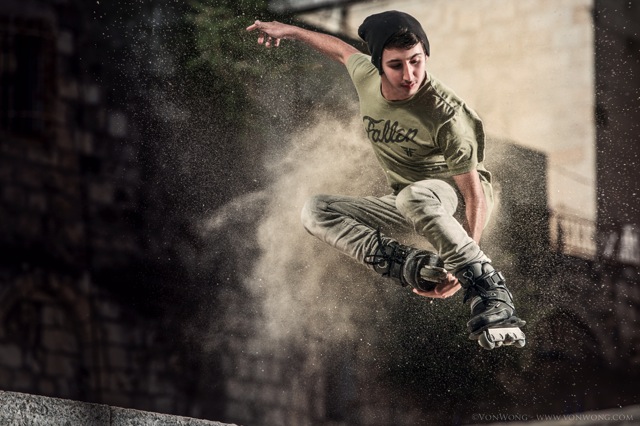 Every shoot is made from awesome scenery, awesome subjects and a solid concept to tie them together.  Photographer Benjamin Von Wong, Broncolor’s newest GenNEXT ambassador, teamed up with a few of Israel’s top sports extremists to produce an unconventional shoot against the walls of Jerusalem.

Having a low budget set meant gong for creative solutions when the location could not satisfy the vision that Ben wanted. Among these solutions were hanging on the rope from the old city walls and piggy backing Tomer Jakobson who was forced to meat a new interpretation to the phrase “supporting a shoot”

Ben shares why he went for a crazier concept then the one we usually envision the old walls:

Earlier this year, a non-profit organization by the name of Kinetis flew myself and a couple of other photographers in to Israel to create unique pieces that would showcase Israel in an unconventional way. I’m not sure what you imagine when you think ”Israel” but it’s not camel’s or orthodox jews galore… nor is it just a place of conflict, and thus the idea of clashing the old and the new was born…

…The goal of this photoshoot was to create images that would put our talent in the foreground doing something amazing… silhouetted by an iconic Jerusalem backdrop. This meant that we had to find a happy medium between what the talent could do and where we could do… and sometimes that meant doing things that were unconventional… like riding on your producer

One of the things that Ben shares is the great experience he had with the Broncolor Para 133 Reflector Kit. While it will set you back $4500, and requires a dedicate person on the team to haul it around, Ben shares that the light it gives was amazing, enabling to overcome the sun with a soft light at approximately 1/2000th of a second. 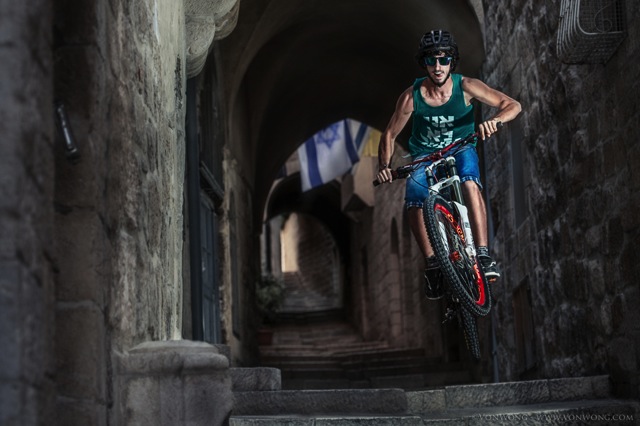 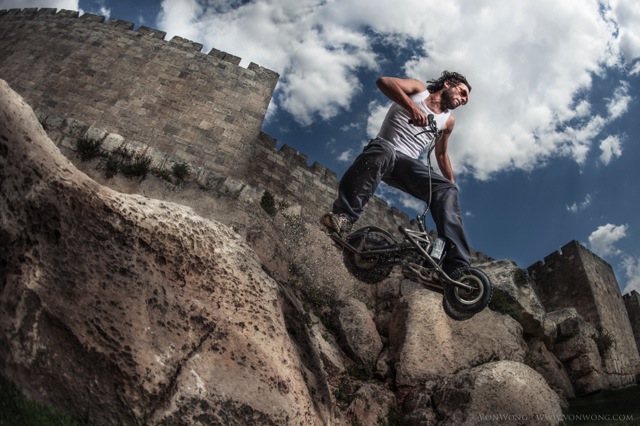 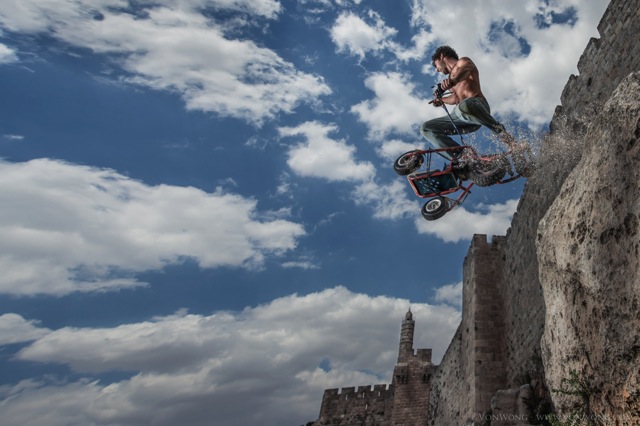 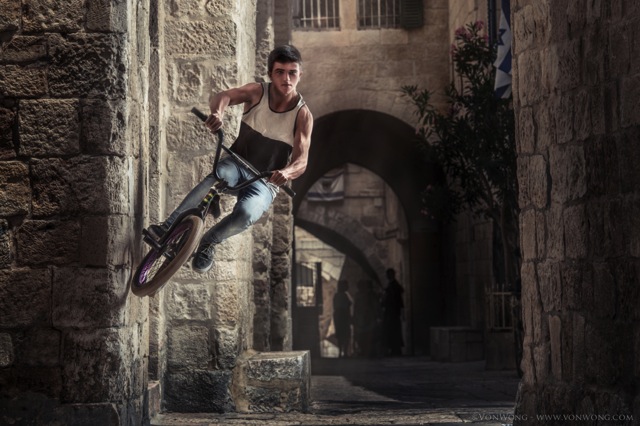 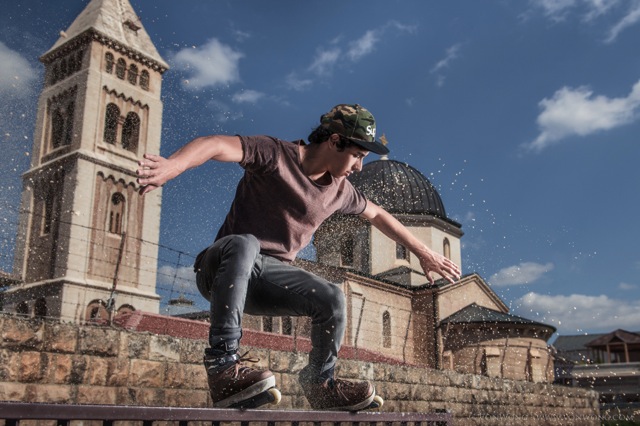 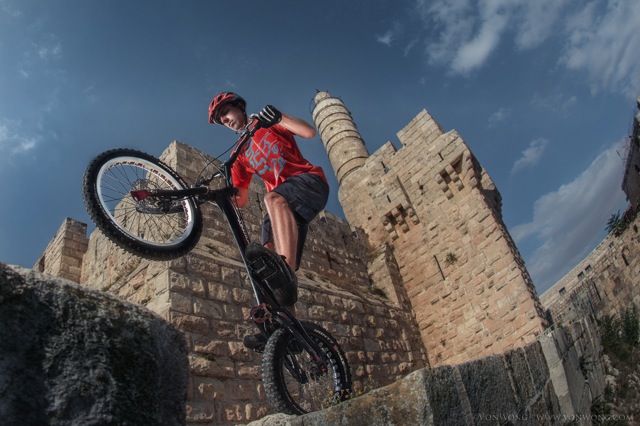 Head over to Ben’s blog to read the full story.

Crop vs. full frame sensor: how different cameras perform with the same lens