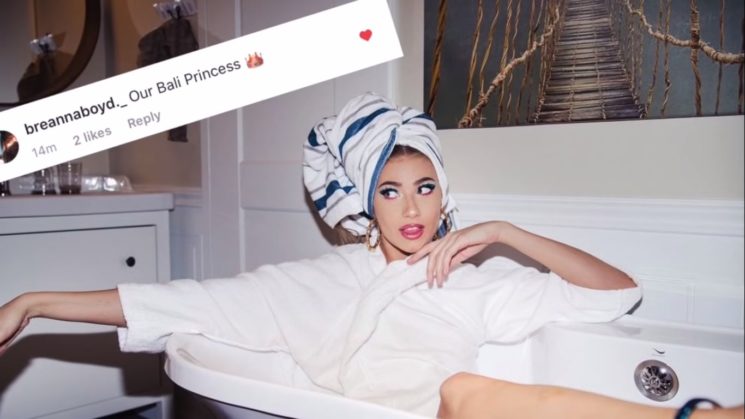 That social media is full of fakery is old news. But what fascinates me is just how easy it is to fake your life on Instagram. YouTuber Natalia Taylor recently decided to test it out herself. She “traveled” to the nearest IKEA store and took some photos, even purposely leaving some IKEA price tags in them. She shared them on Instagram, and she managed to prank her followers to believe that she was on a vacation in Bali. Natalia shares more details in her recent video, and it’s a useful reminder that social media isn’t real.

Natalia started her experiment by visiting the nearest IKEA with photographer Ally Amodeo. They decided to take photos at the store’s furniture displays until they “either get kicked out or it becomes too awkward.” So, they took some photos that made Natalia appear like she was having the time of her life. One of the photos was even supposed to appear as it was taken outside.

Before sharing the photos, Natalia “prepared” her fans for them. She posted Stories that showed her trip to Bali – and they were actually random clips she took from the Internet. A friend of hers who actually was in Bali even sent her some of his photos and videos to share.

After Stories, it was time to share the IKEA photos. Natalia decided to leave some “Easter eggs” in them so the followers can see through her prank if they take a better look. There are IKEA price tags, and in some photos they’re pretty obvious. Still, it seems that no one noticed them.

Natalia says that it wasn’t easy for her to share these images with her followers on Instagram. Over the years, she’s earned their trust, and it felt wrong to lie to them this way. This is one of the reasons why she left the clues, but it seems that no one has discovered them. It could be precisely because of this trust, but also because people rarely take a good look at the content they see on social media. Here are the photos Natalia posted, so you can see for yourself:

Since no one noticed that it was a prank, Natalia could have easily gone away with this. Apparently, no one would know that she wasn’t actually in Bali. Unlike some other influencers, she decided to come clean about the whole thing. Even though she did this as an experiment, she still felt bad and she didn’t want to break her followers’ trust.

Of course, Natalia’s video comes with a message and a conclusion: don’t trust everything you see on the Internet. Some people will life about their lives and about who they are, “and it’s not hard to do, apparently,” as Natalia says.

« Learn how to shoot better architectural photography from an actual architect
“The Bachelor” tried Photoshop for “extending” bikinis. That did not go well »