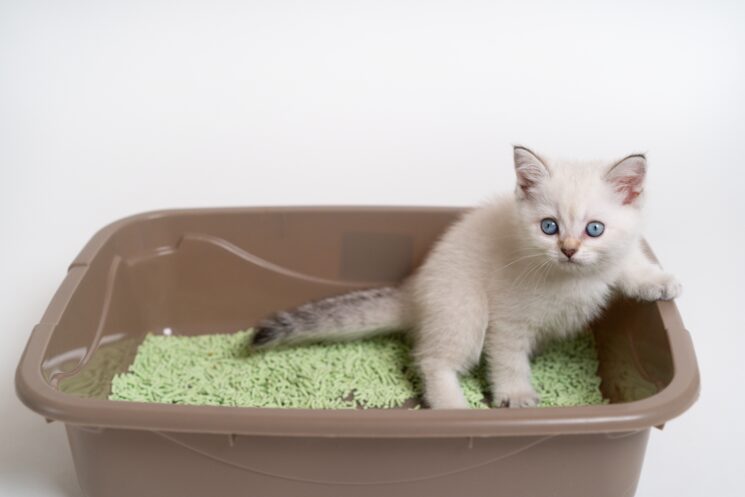 What lengths would you go to for your pet? One woman went the extra mile (or twenty) to ensure her kitty was healthy by creating her own AI program to monitor her fur baby’s poop schedule. The software engineer spent almost 2 years on the project and estimates that she took around 50,000 photos for the machine to learn from.

The engineer who goes by the name Estefannie explained in a video exactly how she went about the operation. It involved several sensors, an infrared camera, a Raspberry Pi, and about 50,000 pictures of cat poop.

Estefanni explains how her rescue cat Teddy bear has an unfortunate penchant for eating plastic. Plastic ingestion can apparently kill cats, who knew? Keen for her cat to love her back (and avoid a $3000 veterinarian bill or a goodbye kitty moment), Estefanni was told to monitor Teddy’s pooping schedule. “Who has time for that?” Estefanni thought, even when love is on the line.

Instead, she used her ingenuity to write a python script, set up a camera and place a motion sensor above Teddy’s litter box. Every time the cat pooped, the sensor would trigger the camera to take a photo of his ‘output’.

But of course, it wasn’t that straightforward. Luna, Estefanni’s other cat was also using the litter box. The system had to differentiate between the two cats, and only monitor Teddy’s poop.

In order to differentiate between the two cats, Estefanni used a picture-taking script, as well as a camera setup with infrared lights pointed at the litter box. She then took thousands of pictures of her cats pooping and fed the pictures to a machine learning system so that it could tell the difference between Teddy and Luna.

The final piece of the puzzle was for the machine to learn if the cats were peeing or pooping. For this, the machine records how long the cats spend in the litter box. It can then send a prediction to the cat owner. That way, Estefanni knew if Teddy’s bowel movements were healthy, or if he was constipated due to his habit of yumming up of plastic.

It’s an ingenious albeit slightly strange solution to a problem. But love knows no bounds, particularly if you’re a helicopter cat-mom.

« Two photographers and over 200,000 photos made this 174-megapixel photo of our Moon