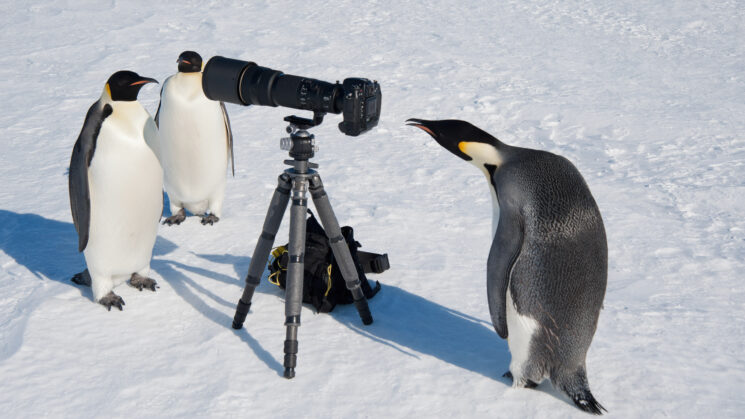 If you think your job’s a bit poopy, spare a thought for these scientists studying satellite images of penguin excrement. Fortunately, the images actually led to the discovery of a previously unknown colony of Emperor penguins in the Antarctic.

The images were taken from the European Commission’s Copernicus Sentinel-2 satellite mission and also the Maxar WorldView-3 satellite. Scientists then confirmed that there was indeed a new group of the flightless birds. All in all, up to about 500 of them. 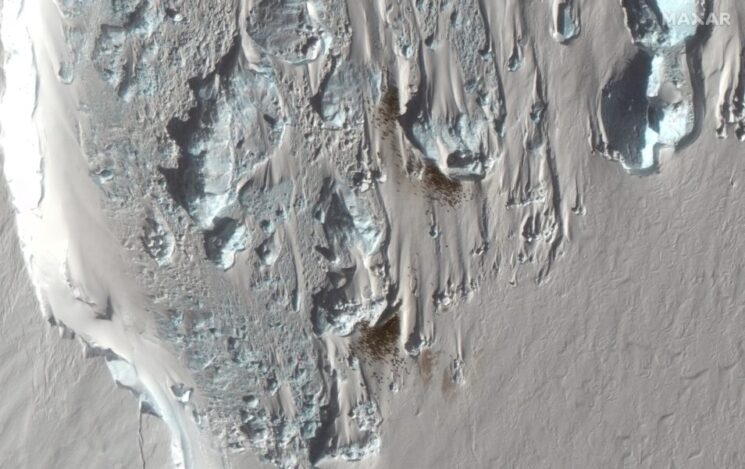 The brown guano stains were clearly visible from the satellite images and gave clues as to the location and size of the colony. The stains were especially easy to spot against the snowy white background, according to the British Antarctic Survey (BAS).

This brings the total number of known colonies to 66, with around half of those being located through satellite imagery. The emperor penguins generally congregate along the coastlines of the continent, with the new site being at Verleger Point, West Antarctica.

Emperor penguins need to be located close to sea ice in order to breed. These locations are usually extremely remote and are at inhospitable temperatures for much of the year, down to -60C (-76F) at certain times. This makes it very challenging for scientists to study the different colonies.

“This is an exciting discovery,” says Dr. Peter Fretwell, who wrote the study. “The new satellite images of Antarctica’s coastline have enabled us to find many new colonies. And whilst this is good news, like many of the recently discovered sites, this colony is small and in a region badly affected by recent sea ice loss”.

The penguins are at risk from increased habitat destruction in the loss of sea ice. The study says that under current climate change projections, 80% of these emperor penguin colonies could be under severe threat of “quasi-extinction” by the end of this century.

That is, indeed, a sad prediction. Hopefully, with more imaging techniques available for scientists, something can be done before things reach such a critical point.