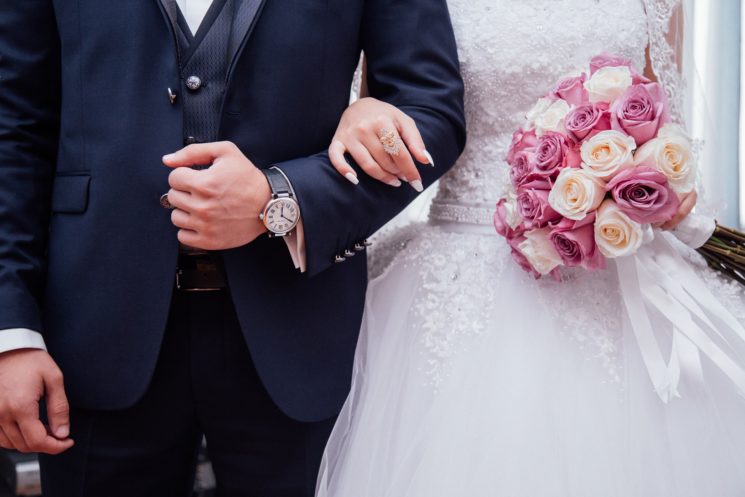 Joanne ‘Jojo’ Capestro managed to escape the World Trade Center’s North Tower on 11 September 2001, leaving the building only moments before it collapsed. While she was shocked and covered in thick white dust, photographer Phil Penman captured her in a powerful, heart-wrenching image. But 17 years later, the same photographer was there to witness a joyous event in Capestro’s life – the day when she married a love of her life.

In 2001, Capestro was working as an assistant secretary for the May Davis Group on the 87th floor. She recalls the day when a hijacked airplane crashed into the building six floors above:

“That was a regular day for me, when I woke up in the morning I didn’t feel well, but I still went to work. And I was standing at my desk with one of my co-workers because we were going to go downstairs. But the phone rang and he answered, then the plane hit five or six floors above us.”

She and her colleague found out that two stairwell exits were unusable because they were “melting from the crash. Fortunately, the third one was usable, so they fled down 87 floors running for their lives. As they escaped the building, it began to collapse. And during the terrifying fight for their lives, Capestro and her colleague were unknowingly photographed by Penman.

The Mirror writes that Capestro met Penman three years ago. His photos were displayed at the National September 11 Memorial and Museum, and the staff introduced them when they recognized Capestro in the photo. They stayed in touch and just last month, 17 years after the tragedy, Penman took photos of her wedding day.

« It took three months of planning to create this image – I Bloom For You
Canon EOS R image quality: how it stacks up against other Canon cameras and Sony mirrorless »