One of the things that I try getting across to my students is that despite all of its amazing capabilities, the camera is just a box. Yes, it is programmed with a seemingly limitless number of exposure combinations, but when all is said and done it’s just a box. It has no artistic intent. We have to speak its language, telling it what we see, in hopes that the image in our head matches the image in the box. It is a box with a cylindrical window on the world. It’s the quality of that window that is often the subject of raging debate. Nikon or Canon? OEM or third party? Everyone has an opinion. Interestingly enough, the one thing that many– if not most– agree upon is that kit lenses should be avoided like the plague.

I completely disagree. I say go dig that kit lens out of wherever you’ve hidden it and put it to work. For those of you who’ve somehow been convinced that your photography can’t possibly be of adequate quality until you drop money you don’t have on a lens you can’t afford, I say that nothing could be farther from the truth. 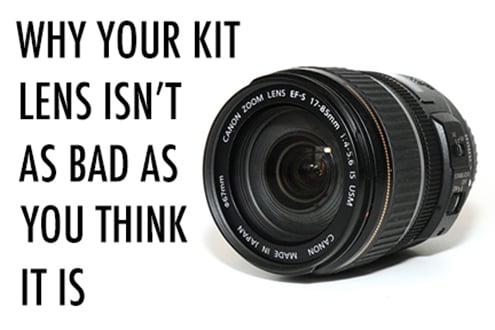 I’d be willing to bet that the overwhelming majority of us purchased our first DSLR, not with a dreamy f/1.4 or stunning L-Series glass, but with a kit lens. For me, it was a Canon 17-85mm f/4-5.6 when I bought a 20D ten years ago. When I switched to Nikon four years later, somebody tossed an 18-70mm f/3.5-4.5 into the deal when I bought their 50mm f/1.4, and I was actually glad to have it. Most photographers will tell you that they quickly outgrew lenses like these, but I think it’s more accurate to say that needs expand. You didn’t ditch your 24-70mm when you got a 70-200mm– there is room in your workflow and your style for both. If anything, both remain essential pieces of gear. While even I wouldn’t go so far as to qualify a kit lens as “essential” (unless it’s the only glass you have), I do think the much-maligned kit lens holds an important place in photography.

It’s a pretty basic premise– camera manufacturers know that most first-time camera buyers are not professionals, and may even be a little unclear about what they need in a first lens. For that reason, most kit lenses are of a pretty useful focal length. While both Nikon and Canon have an 18-55mm f/3.5-5.6 that’s been pretty popular over the years, many of the newer kit lenses have longer focal lengths, giving first-time buyers a good introduction to both wide-angle and short zoom photography. The wide angle works well for landscapes and travel photography, while the longer end produces portraits with nice background compression and the least distortion.

As we know, a widest possible aperture of f/3.5 may not be best in low-light situations, but in recent years, many Canon kit lenses have been equipped with Canon’s Image Stabilization. This can make a kit lens a bit more useful in those darker situations by allowing for better hand-held images at slower shutter speeds. Don’t forget, though, that the f/3.5 is only going to be available at the widest possible angle. The moment you start zooming out, you’re on your way to f/5.6.

One of the best things a kit lens can do for you is help you learn how to be a better photographer. By knowing the limitations of your gear, and learning what your lenses (and cameras) can and can’t do, your ability to problem-solve on the spot will skyrocket. Shooting in Manual mode becomes second nature, and the quality of your photos goes up exponentially. 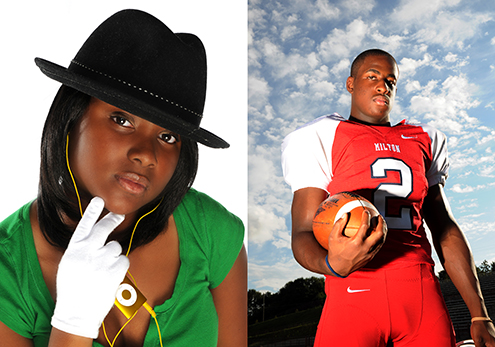 Knowing what your gear can and can’t handle is an important step to successful portraits with a kit lens.

Sounds Good, But How Do I Do That?

Somebody once told me that the best approach to using a kit lens is to think of it as two primes. If I look at my 18-70mm f/3.5-4.5 as an 18mm f/3.5 and a 70mm f/4.5, I can more accurately gauge what each is capable of. Zooming all the way out and taking portraits with all available camera settings will show me what can and can’t be achieved under a particular set of lighting conditions. The same applies at the wider end for landscapes and other wide-angle subjects. Once you know what your two “primes” can do, you’re in a better position to figure out the subtleties of the variable apertures along the rest of the zoom range.

I can sit here repeating, “It’s about the photographer, not the gear” until I’m blue in the face and my fingertips are calloused from typing. And as much as I truly believe that, I do have to agree– on some points– with the kit lens detractors. That useful focal length I was talking about before? It’s more than likely that the wide angle may not be wide enough (particularly on a crop sensor camera), and that the zoom may not get you far enough. This is a valid argument, but only to a point. We all add lenses to our arsenal over time because we need a different focal length than what we currently have at our disposal. So, saying that kit lenses should be avoided because of their limited focal length only gets you so far.

For me, the most legitimate beef with kit lenses is the variable aperture. I’m generally not a fan of variable aperture lenses. If I’m shooting wide open at f/2.8, I want to know that I have the ability to do that at both the 24mm and 70mm ends of the lens. Consistent aperture lenses are more expensive, however, which is why we’re likely to never see a 2.8 kit lens. 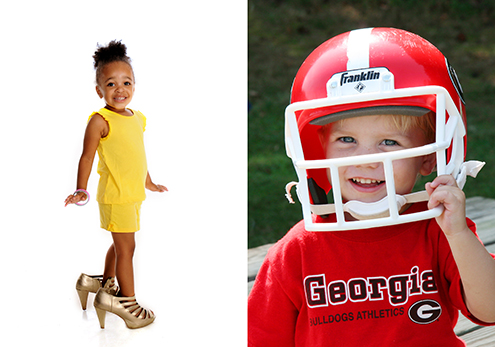 There is also no denying that even blindfolded, you can pretty easily tell the difference between a kit lens and an upgrade. The weight alone, along with the quality of the build, are usually obvious giveaways. To a certain extent, the old line about getting what you pay for certainly applies. A vastly less expensive lens is not going to be sealed against dust, water, etc., nearly as well as its “professional grade” counterpart. As a side-note, I will often use an old kit lens when I’m out hiking, simply because it won’t weigh me down like some of my other lenses.

Focal length, aperture, and build quality, though, apply to the challenges you face before pressing the shutter button. The biggest and loudest complaints about kit lenses are their frequently slow autofocus and questionable sharpness. Slower autofocus is a physical limitation that I’m not going to deny. As far as sharpness goes, however, I’m going to take the unpopular view and say that if you’re not getting clear images from a kit lens, you’re not trying hard enough. At some point it really is about the photographer and not the gear.

This panorama of the Badlands was taken with a Nikon 18-70mm kit lens and is composed of eight separate vertical exposures stitched together in Photoshop. The print is a tack-sharp 25″ x 7″

Don’t Let the GAS Get You Down

In an earlier article about GAS (Gear Acquisition Syndrome) I talked about avoiding the pitfalls of buying expensive lenses and other gear that you don’t need and/or can’t afford. Lenses are definitely at the top of the list when it comes to those shiny photographic trinkets with a massive lust factor.  I am not, by any stretch of the imagination, saying that you should be content and satisfied with your kit lens. What I am saying, though, is that professional-quality, high-end, award-winning results are possible with a kit lens, so don’t let anyone shame you into thinking otherwise. Buy a better lens when you’re ready for it– not when somebody else tells you you need it.

My first thought was to include a collection of images taken with both professional and kit lenses, then quiz you to pick which photos came from which lenses. I opted instead to post only photos taken with either my Nikon or Canon kit lenses. Both of these lenses have yielded sharp, high-quality images– many of which are still in my portfolio today. 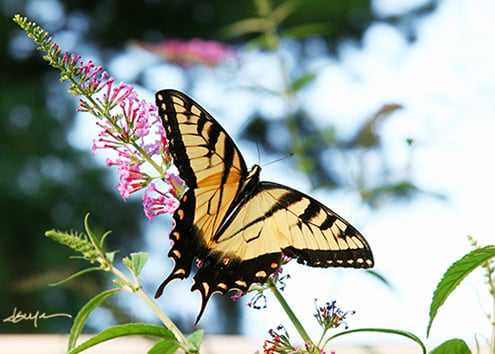 Even sharp, close-up nature photography is within the reach of your kit lens.

Professional photographers need durable equipment. Our gear is often pushed to its limits through constant use, travel, location shooting, weather fluctuations, and stupid accidents. Obviously, better lenses are more likely to withstand all of these abuses abuses over time. You’ll do better to spend more money once than to spend less and replace two or three times.

The fact remains, however, your kit lens is sitting in the back of your closet. Take it out once in a while, dust it off, and make some magic with it.