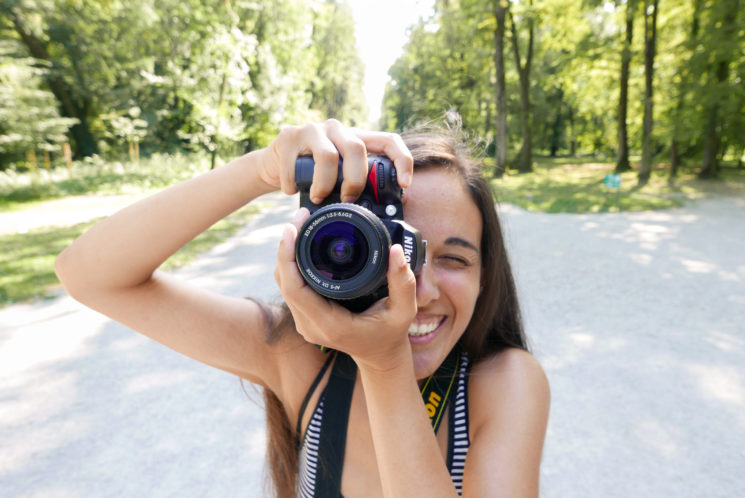 I’m a great fan of prime lenses. They are faster and sharper than zooms (at least the zooms that I can afford). Plus, they force me into being more creative and they bring out my problem-solving side, because they limit me with their fixed focal length. When I travel, I always bring them and pack a kit lens just in case. I almost never use it.

But recently, I was forced to travel light. And I mean, super-light: I was only able to bring one lens attached to my camera body. I love primes and almost always use them – but this time I screwed a kit lens onto my Nikon D7000. The lens is a Nikkor 18-55mm f/3.5-5.6G and it’s rather crappy when compared to my primes. But in this article, I’ll explain why I chose it and why, sometimes, your kit lens may actually be the best choice.

Earlier this month, a friend of mine suggested that I join him on a motorcycle ride to Croatia. Of course I said yes! I quickly arranged to stay with another friend in Croatia’s capital city (Zagreb), and I immediately started packing as we were due to leave the very next day.

I generally try to pack as light as I can, at least when it comes to clothes. But when it comes to gear: I don’t have much of it, but I carry everything. But not this time. Since I was traveling on a motorcycle, I needed to pack my stuff in a backpack. And there was only room for a small camera bag. This meant one camera and one lens. And that lens was the 18-55mm ƒ/3.5-5.6. I did give it some thought before I made the final decision… But here are the reasons why I think it was a good decision, despite the lens’ flaws.

Probably the most obvious advantage of a kit lens is that it’s versatile. You can capture wide-angle scenes, or zoom in for the details. You can even take pretty decent close-up shots, and via this link you can see plenty of tips and great examples of that.

I spent a couple of days in Zagreb, and I wandered all over the city and out of it. I captured a gorgeous sunset on Jarun Lake… But also some details and textures I found in the neighborhood where I stayed. And for this I needed different focal lengths – and I got them with the kit lens. 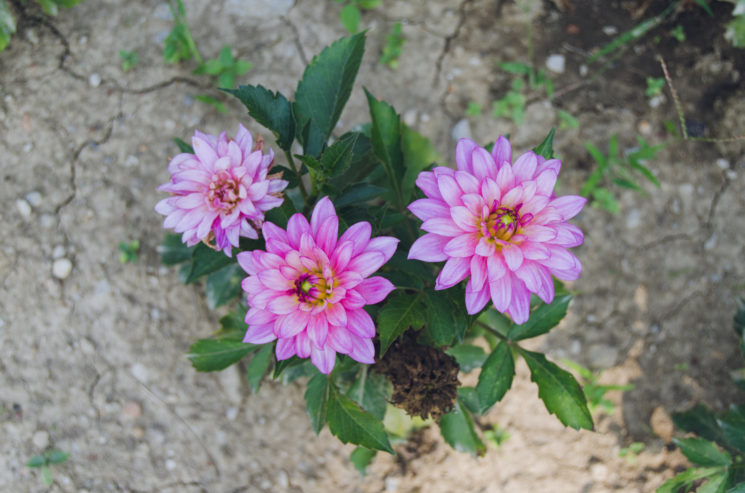 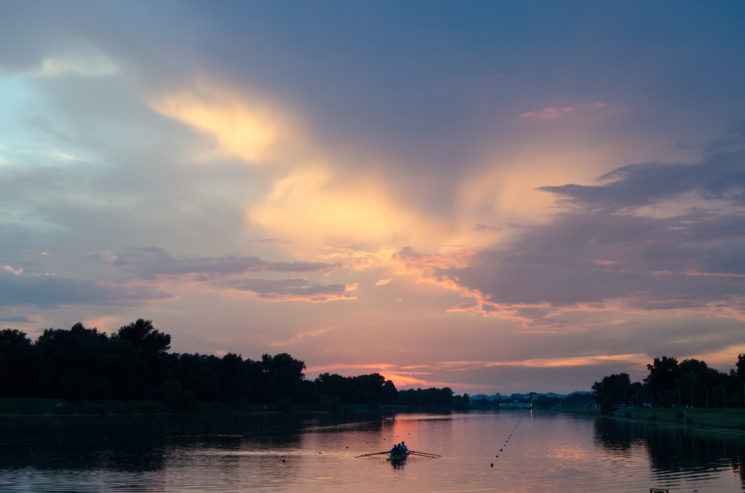 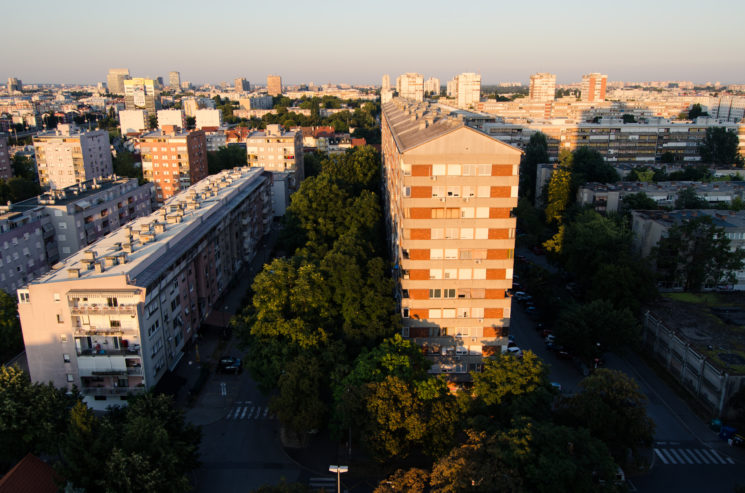 I often like the feeling of being limited by the fixed focal length of a prime lens. But more often than not, when I travel, I also find it frustrating. Sometimes there’s just no room behind you to step back and get everything you want in the frame. And the possibility to zoom out a bit in situations like this is just perfect. It makes me feel… relaxed and stress-free. It gives me the freedom to shoot scenes just as I imagine shooting them.

Of course, a cheap kit lens doesn’t come without its quirks and flaws. Here are some of the challenges I faced, but also how to overcome them (or fix them in post).

The most obvious disadvantage of a kit lens is that it isn’t really your best friend in low-light situations. With a maximum aperture of ƒ/5.6 at 55mm, you can’t do much if you shoot handheld.

But, there are some situations when you won’t bitterly regret bringing just your 18-55mm lens. For me, these were long exposure shots with a stabilized camera. Considering that I didn’t even have a tripod, “stabilized camera” meant putting it on a large concrete flower pot in the middle of the street. You gotta work with what you’ve got, right?

Another way to overcome the poor low-light capability is by using a slower shutter speed and having a really steady hand (or just put your camera down on something). You can also crank up the ISO as much as your camera can handle without getting the photos with too much noise. You can always remove some of the noise in Lightroom later. And just to remind you: shoot raw! 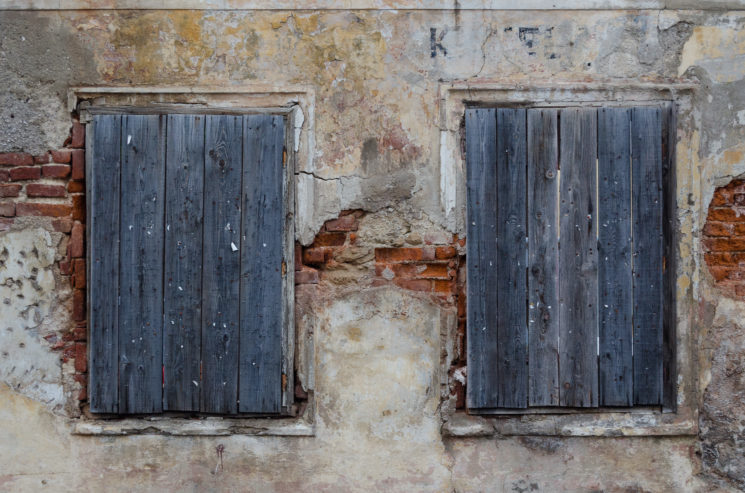 It’s important to find the sweet spot of the lens. For my 18-55mm, it’s around ƒ/8. I couldn’t always use this aperture, but for daytime landscapes, cityscapes and capturing details around the city, it worked just fine. Of course, there were situations when I wanted or needed to shoot with a wider aperture. And in these cases, I sharpened the images a bit in Photoshop.

The third problem with a kit lens is the chromatic aberration and lens distortion. However, for me, this was the least of my worries. When I imported my raw files into Lightroom, I fixed these issues with a couple of clicks. As a matter of fact, I have these corrections automatically enabled; I just fine tuned them in a couple of shots.

If I can choose between a kit and a prime lens, I would almost always choose a prime because of the sharpness and overall better image quality. I kinda surprised myself when I chose to bring only a kit lens. However, I decided that the versatility it provides was more important this time. I found ways to overcome the lens’ flaws and ended up with some pretty decent travel shots. I definitely didn’t regret the decision. But who knows, if and when I go to Zagreb again, I might take only a prime lens. Just as a test.

Now tell me, if you had to choose only one lens to bring with you on a few-day trip, which one would it be?

ND filters: What are they, why you need them, and how to choose them