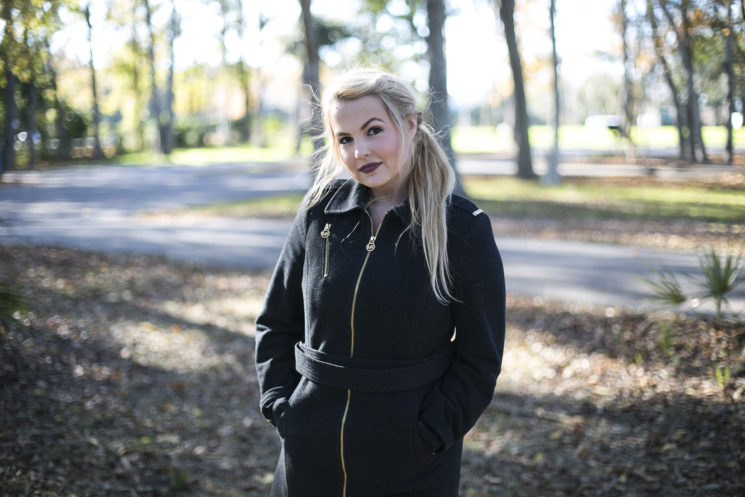 At quite an early age I can remember being a very visual person. I would love to look through magazines, books and television. I would sit with my grandmother and watch old black and white movies. The funny thing is that as much as I enjoyed looking at visually pleasing images I was and still am a terrible sketch artist/ painter. There wasn’t a camera around for me to use. The only camera around was a Polaroid camera that my mom had, and I wasn’t allowed to touch.

I would see a picture in a magazine and think how cool it was that the photographer was able to do that. I didn’t know any of the technical aspects that went into getting that particular shot. And to be honest, I didn’t really care. I just thought it was a neat picture. Fast forward to me as an adult and the first time I had a professional camera in my hands. I was excited but had no idea what I was doing. I had no idea that there were so many variables that went into photography.

I had not studied photography in school, I never shot film, and had never stepped foot in a dark room. All of my experience came about in the digital age. I think this is a blessing and a curse. On one hand, I think that learning to shoot during the film age makes you more technically sound. You really had to think about what you were shooting. Film was expensive so you couldn’t just use the Rambo approach and shoot everything in the hopes that you managed to get a useable shot. The cameras weren’t as advanced as they are today, so you had to know what you were doing.

Also, you couldn’t see your work instantly. If you were lucky enough you had access to a darkroom. If not, you would send the roll(s) of film off and wait until you got it back to see if you got the desired shot. All of this made you better because there was a lot riding on each shot.

Learning in the digital era has its own set of pluses and minuses. It may or may not take you longer to learn how your camera works because getting the image you want is a lot easier. You can take a shot, look at the back of your camera and if you don’t like it just delete it and try again. Keep changing settings on your camera until you got what you wanted. I assume that if you did this enough you will eventually learn what to do and what not to do.

Shooting digital in my opinion makes it easier for more photographers to be creative and push the envelope because the process is a lot faster. Where people tend to spend more time these days is on the back end with image manipulation and enhancement…but we will save that topic for another article.

The reason I mentioned all of this is to say that it took me a while to learn how to use my camera. When I first started shooting for fun I lived in “P” mode. The “P” stands for Program and not Professional. As I mentioned before, I did not have any formal photography schooling. I learned from others and lots of trial and error. I had an idea in my head of the final image that I wanted to achieve but I was not sure how to go about getting there. I would shoot…turn some knobs…shoot again…and turn some dials. This was not the most time efficient method.

One of my favorite photographers is Jerry Ghionis. I attended one of his week-long seminars and I will never forget something he said to us. He said, “know your equipment”. It’s a very simple common sense statement but very true. You have to know what your camera can and cannot do.

I believe in shooting in manual mode. I am not going to say that you can’t be a good photographer if you don’t. I just think that for me, and the fact that I can be a bit of a control freak manual mode works. Shooting in manual may take a little longer initially because you will have to tell your camera exactly what you want it to do. However, the great thing is that it will do just that. When the computer in the camera thinks for you it may assign a shutter speed that you don’t want. The computer may give you an aperture that you don’t want. If there is a lot of light in the scene (and you want it that way) the camera’s program mode may read that as too much light and darken the image.

Once I learned and fully understood the Exposure Triangle it was a complete game changer. When I knew how the ISO, Shutter Speed and Aperture worked in conjunction with one another it was like an entire new world opened. 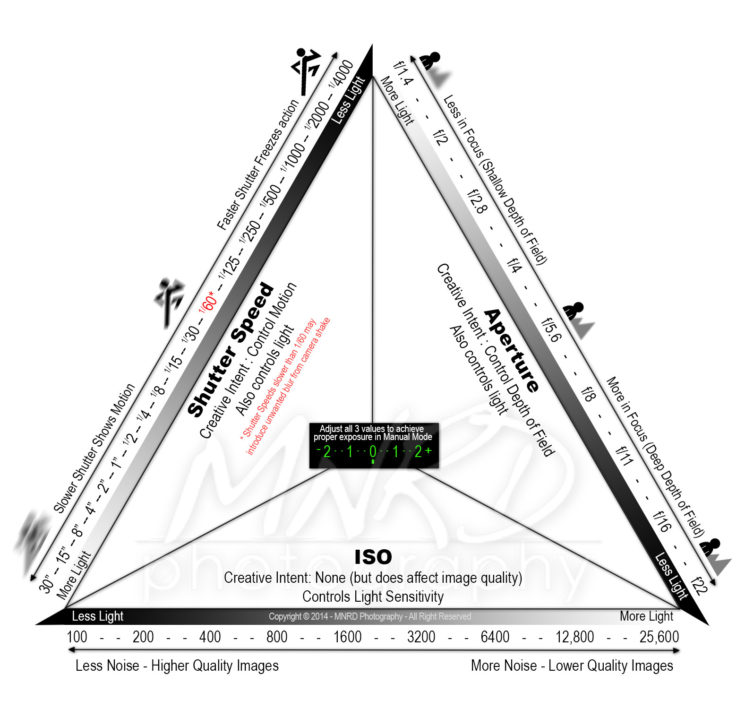 Shooting in Aperture Priority or Shutter Priority will not always give you what you want. If you are shooting outside on a bright sunny day then most of these settings won’t be a problem. However, if you are photographing a track meet on a cloudy day you will have to make some changes in order to still freeze your motion. If you are a portrait photographer and you are photographing an 8yr old child who is sitting. The parents then want you to get candid shots of the 3yr old who is running around like his hair is on fire. You have to be able to think on the fly about how you want the image to look. You may still want a bit of a shallow depth of field, but you are going to have to increase your shutter speed or the sprinting 3yr old will own you and most of your images will be unusable.

What if you are taking a fun shot of several people jumping. You want to freeze their motion, but you also want all of them to be in focus. You need to have enough speed to freeze them and enough depth so that they are all in focus. Knowing your camera will let you know if you can or cannot make some of these shots happen.

Below are three quick images that I took of one of our photographers right outside of our studio. The exposure stayed the same, but I made changes to the ISO, aperture, and shutter speed. The model and I stayed in the same spot and I used a 50mm lens. Here are the results: 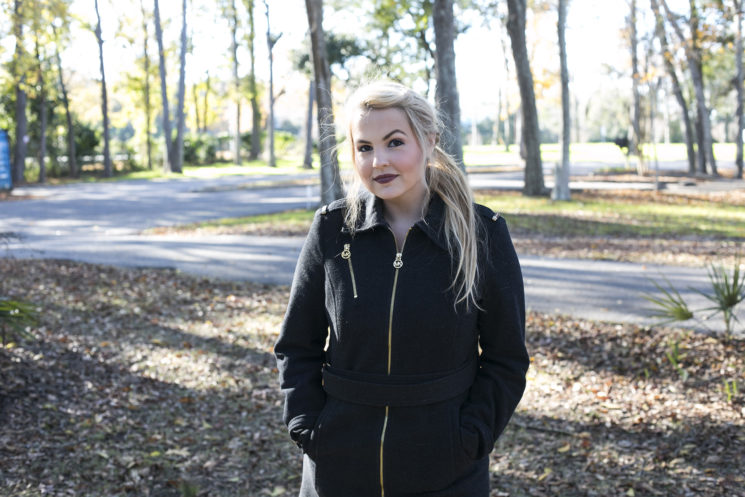 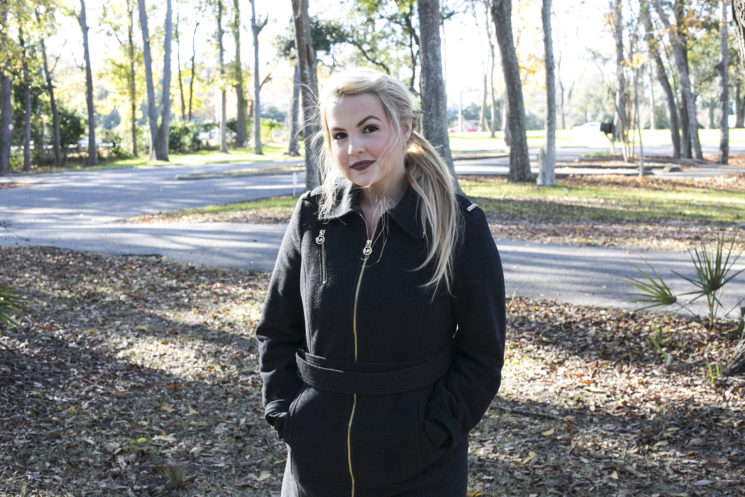 When I first started shooting in manual mode, I was pretty slow because I had to think about everything. I would know one of the variables and then had to figure out the other two. The more I practised and the more I shot in different lighting conditions and scenarios the better and faster I became. I have been shooting in manual mode for a while now. Setting my camera is like second nature. When I’m shooting without the use of strobes, flashes, etc. I like to play a little game with myself. My goal is to nail the exposure on my first test shot. Sometimes I nail it on my first shot and sometimes I don’t. It’s definitely a far cry from where I first started.

Corey Brown is a lead photographer for Tumbleston Photography in Charleston, SC. They specialize in portraiture and event photography. Corey is the in-house wedding and corporate portrait expert. You can find out more about him on his company website, blog, or follow his work on Instagram and Facebook.

Here’s why you need to learn and understand manual exposure