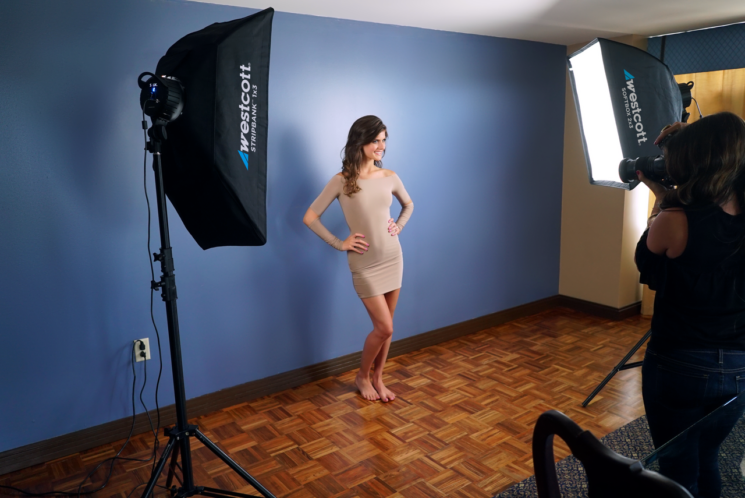 The development of LED lights over the last couple of years has been quite interesting to follow. 10 years ago, LEDs were the last type of light I’d use for any kind of serious video work, but since then they’ve come a very long way. They’ve become more consistent and colour accurate with high CRI & TLCI, more powerful, and more versatile.

Westcott’s new Solix LED light, though, has a particularly unique feature. An integrated speedring for connecting directly into softboxes. It’s an interesting design that allows the light to keep a small form factor while still offering the use of modifiers.

The light itself has some fairly respectable specs. It might not be as bright as some would like, but it will do the job for a lot of tasks.

The light is rated for 50,000+ hours of use, and the speedring rotates. So, if you’re using asymmetrical modifiers such as strip softboxes, you can spin them sideways. The light also features a built in light stand adapter, with a hole for a standard shoot through or reflective umbrella. 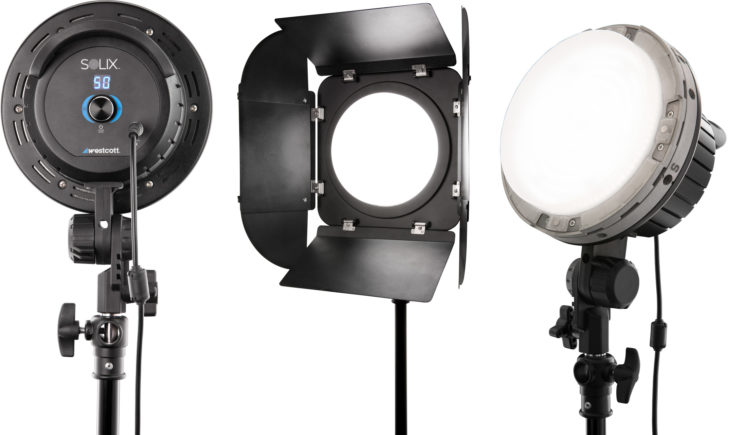 The Solix also features removable barndoors for spill control and a frosted magnetic diffuser to eliminate multiple shadows. Overall, it’s a rather nifty looking little unit. Simple and functional. And while the idea is pretty cool, at the same time it does seem a little odd to me.

I get it, having a built-in speed ring keeps the form factor small, making it portable, easy to transport. But, softboxes with rods that go into speedrings are anything buy “speedy” to set up. Typically, these days, such boxes are for permanent studio setups. And if you’re using them in a permanent studio set up, it doesn’t really matter if the lights themselves are small and portable.

So if you’re using them in a studio where they don’t really need to be portable, then why not go with a more strobe-like form factor and, say, a Bowens S-Fit attachment? For location work, I use collapsible modifiers that go up and down in a few seconds. In a more permanent setup, I’d just go with something more powerful that can utilise my existing S-fit modifiers. But, that’s just my own thoughts. So, maybe I’m just not the target market. For others, Solix could be the perfect light.

The Westcott Solix LED is available in three kits. One is available now while the other two are up for pre-order.