With the advance of photography we are seeing smarter lighting, smarter tripods and smarter light stands (to the extent of having them voice activated), but one thing I thought that could not be evolved is the sand bag. Guess I was wrong.

The folks from Inspired Photo Gear just came up with a nifty new invention simply called the WaterWeight, but to make the concept clearer I suggest calling it the Bagel Water Weight. There are two new things that the bag brings to the table (or on location) – when closed it is incredibly small – maybe about an iPhone 5c big and only 7 grams heavier (139g vs 132g). This means that you can pack two of those when going on a shoot and they don’t really take any space in the bag. 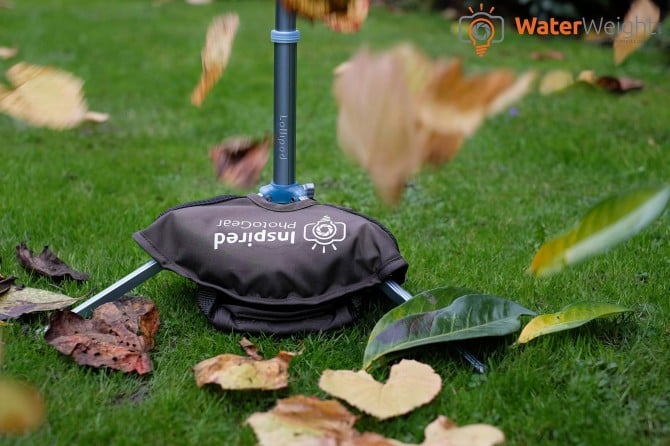 The other thing that is different from standard sand bags is that it’s bagel shaped. This makes it incredibly easy to place it on the center poll where it brings the most balance to a light stand. (it has a small velcro thingy that you can open and close to wrap it around a center poll). You can probably still use it in the traditional way if you so choose, but I think that getting lots of weight on the center is making it more stable that getting some weight on one of the legs. Lastly, you can also hang it just as you would use a backpack on a  tripod :)

If it was not clear from the name – it uses water rather than sand to make the thing heavier. 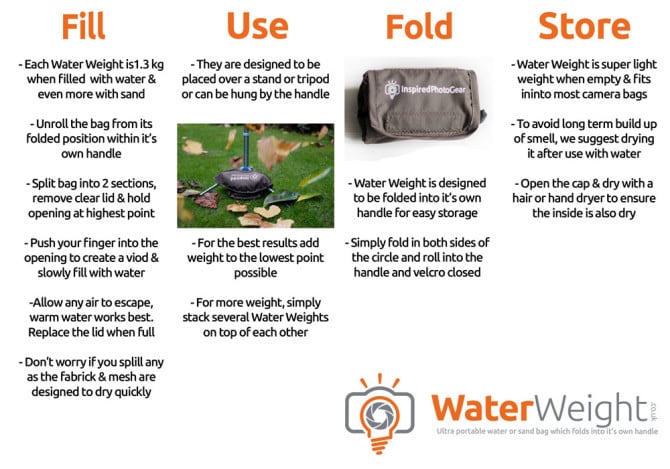 I think this would be an ideal companion if you are using a small light stand like the small Manfrotto Nano (which I do), or the lightweight Lollipod. 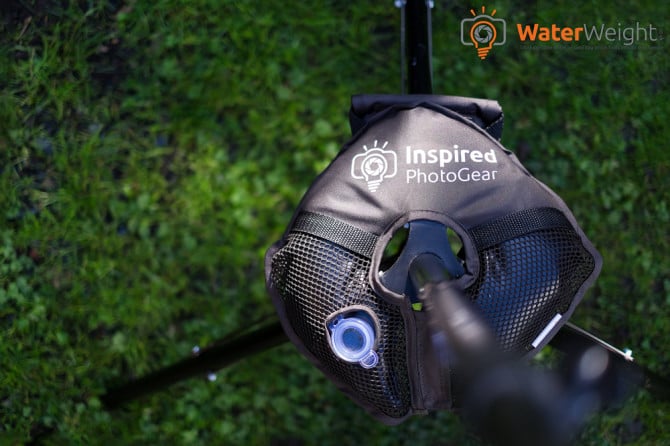 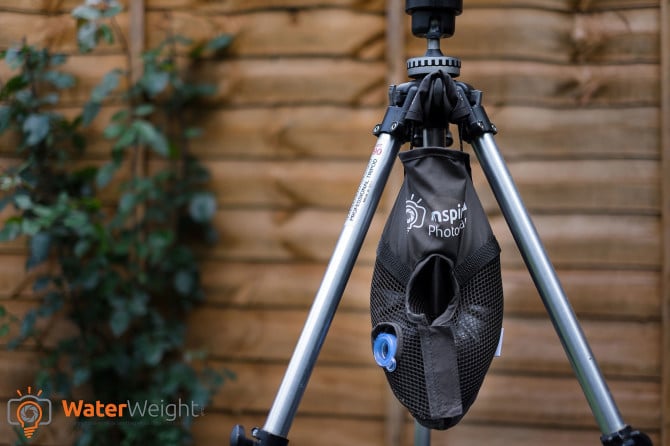 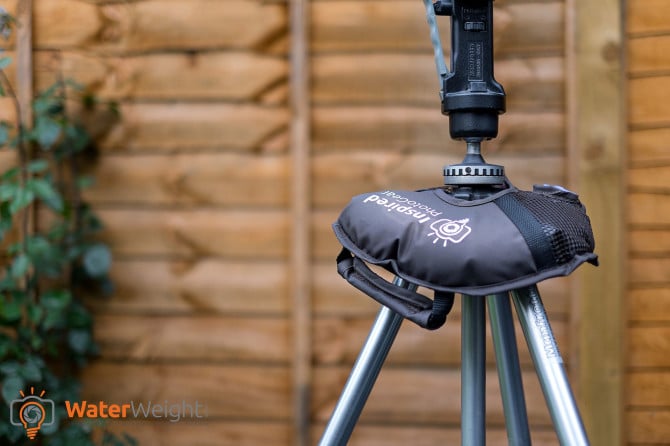 « How To Create The Droste Effect And Mesmerizing Animated Gifs
At What Point Does A Nude Photo Become Pornographic? Controversy At MOCA Jacksonville »