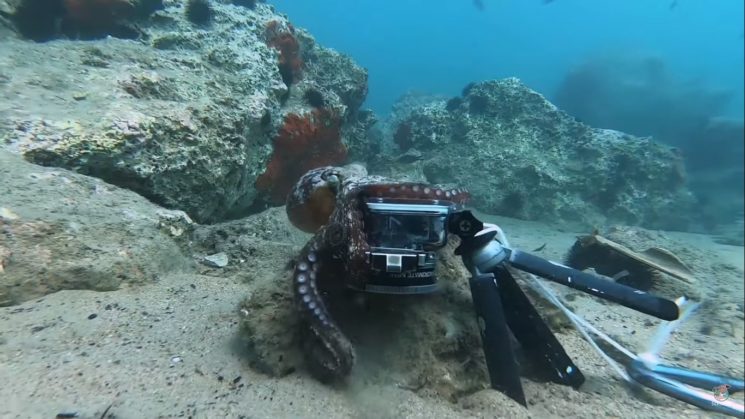 If you ask me, animals who steal cameras are always fun to watch. We’ve seen some hilarious encounters of mammals and birds with GoPros, and the funny video we’re about to share with you today took place in the sea. It shows a curious little octopus persistently trying to steal a diver’s GoPro. And it looks like the animal liked it a lot!

The strange encounter happened on 8 July this year in Mandelieu-la-Napoule, France. In the 4-minute video, you can see the octopus as it gets interested in the camera filming it. Then it tries to steal it, and it plays tug-o-war with the freediver for a while, refusing to let go.

I recently caught a show on TV about octopi; I think it was on National Geographic. It explained this species impressive camouflage skills, but also how incredibly intelligent they are. So, I wouldn’t be surprised if this little one had ambitions of becoming a filmmaker one day. :) Joke aside, the video is quite amusing, and I’m sure it will give you a much-needed break from the gloomy news we’ve been surrounded with lately.

[Playing Tug of War with an Octopus over GoPro || ViralHog via PetaPixel; ViralHog]