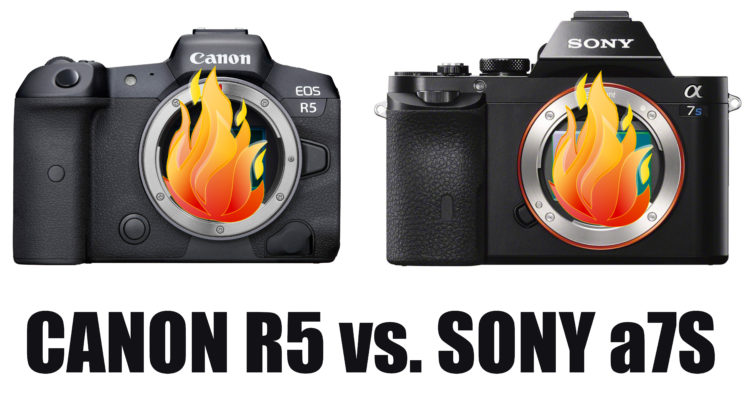 Canon R5 has proven to be an amazing camera. But sadly, it has also proven to have overheating issues. In one of his previous videos, Dan Watson used the R5 side by side with the Sony a7S, and overheating was only one of the aspects he compared. In his latest video, he has addressed this problem specifically. So, when the Canon R5 and the Sony a7S shoot side by side, which one will overheat faster? Let’s watch and see.

After watching his initial camera showdown, Dan’s followers had some complaints about the setup he created. So, for this test, he moved the two cameras further apart and put them on tripods to allow some air to circulate below. He also set Sony’s overheating warning to “High,” and started recording with both at the same time. It’s also important to note that he shot at 4K/60fps.

So, it’s 34:29 for Canon, when it comes to shooting time before the camera shuts down. However, Sony wins in recovery time. It took Sony around 3 minutes to recover and shoot again, and Canon was still cooling off after 5 minutes.

Despite the overheating issues, Dan hopes that you’ll pay attention to other aspects of these cameras, which are pretty awesome. After all, Canon is working on fixing the problem, which is reportedly the reason for the upcoming shipping delays.