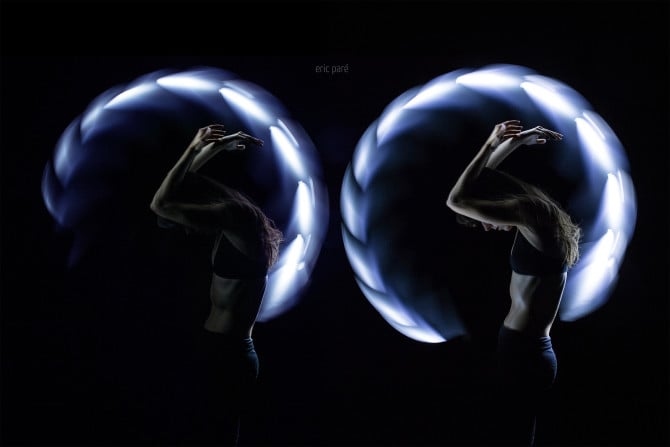 Eric Paré is famous for his light painting photos (here and here), most notably his process is very accurate and almost repeatable. So when he put up a post comparing Canon’s EOS 6D and Sony ‘s a7S I thought the results were quite interesting and worth sharing.

Eric uses a process where he shoots in the dark for 1 second and ‘light paints’ during that second. This process is so fine tuned that it serves as quite a good basis for comparing the camera in a real world scenario.

Obviously both cameras produce a very good image but they are not identical and the differences are quite interesting, especially on shutter lag. I was expecting the Sony to win hands down, but the Canon took an obvious lead there.

Comparing noise was pretty obvious. The Sony won, which was not big surprise (Sony on the left, click for full image). 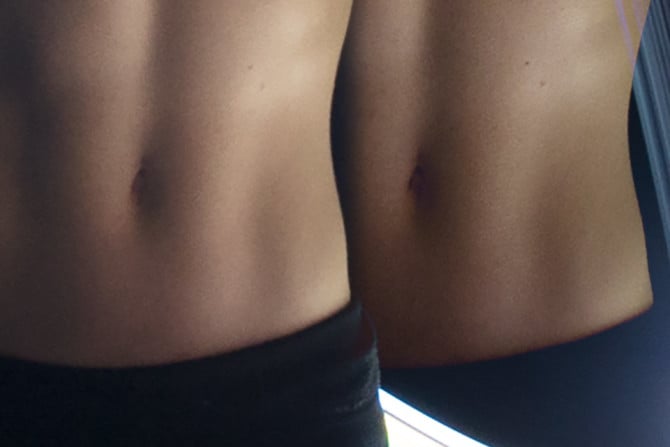 The bigger surprise came when Eric compared the photos. Sony was lagging… 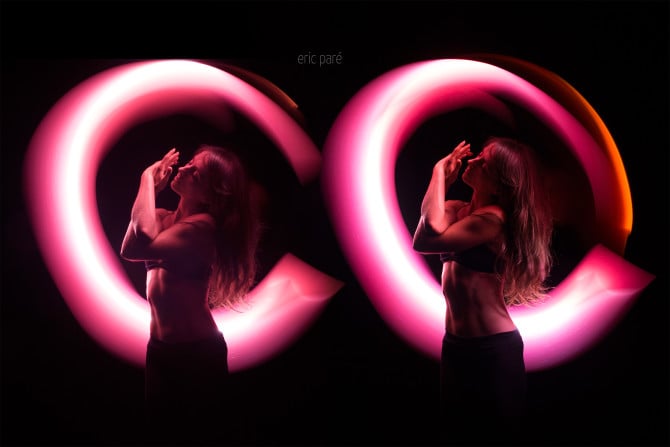 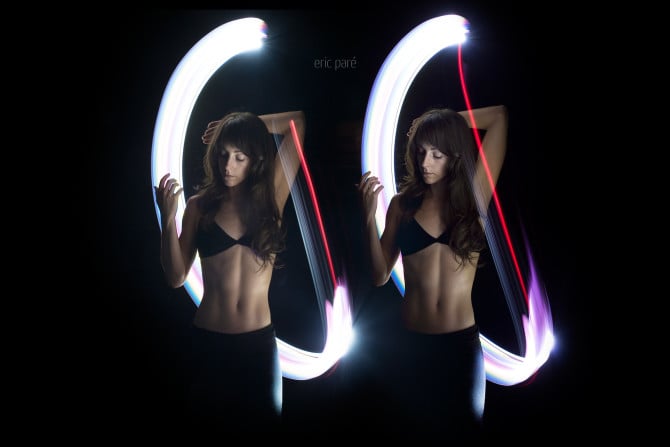 To understand this, let’s look at the test settings:

Every setting was set to manual on both cameras (iso, mode, wb) and I was using 2 manual prime lenses: Zeiss 18mm and Voigtlander 20mm.

Here are the initial observations:

Focusing on the last item led Eric and I to some research on shutter lag. I expected the Sony to be faster, as it does not have a mirror to worry about, but looking at the left side of the photos above shows that the Sony was missing a bit of exposure every single time.

It was surprising but looking at the reviews for both the Canon and the Sony on imaging-resource revealed a different story. The a7s lags about 0.1-0.2 seconds on manual focus where the 6D only lags 0.074 of a second.  If all you have is a second, then 0.2 is a lot of time – fifth actually.

The good news is that you can overcome this if you prefocus the Sony (which you can using a Yongnuo remote), but it does add an extra step to the process and you have to remember to pre-focus before every single image.  (I do wonder why shooting the A7S in manual focus is not enough)…