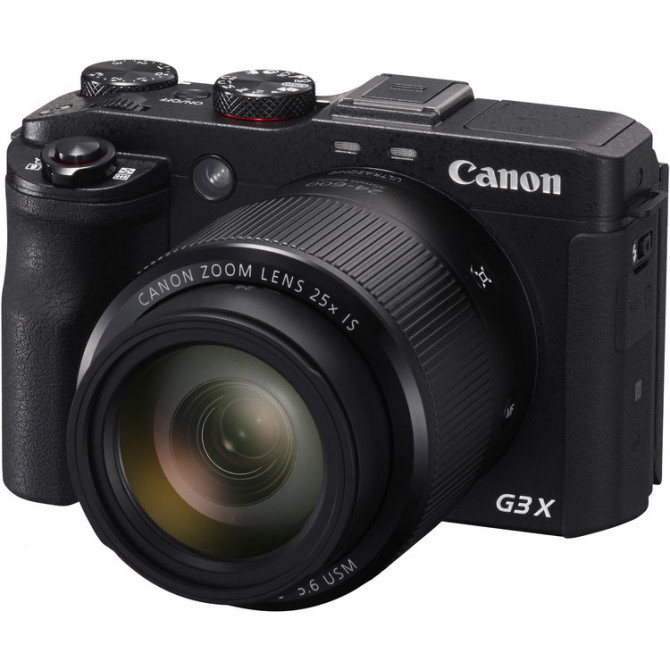 Boasting a 25x optical zoom, equivalent to 24-600mm in 35mm terms, the camera’s lens makes it not-so-compact, but sports and action shooters will enjoy the long zoom combined with 5.9 frames per second and no buffer lag (probably just for JPEGs).

The 20.2MP 1″ CMOS Sensor and the DIGIC 6 Processor are said to enable high-resolution, low-noise images up to ISO 12800, but does it justify the rather hefty price tag?

Additional features which will appeal to the amateur action shooter are the f/2.8-5.6 aperture range, five-axis Intelligent Image Stabilization, 31 autofocus points and a dust and water resistant body (said to be approx. equivalent to the EOS 70D).

The movie makers among us will be able to record 1080p Full HD video at 24p, 30p or 60p, and utilize external stereo microphone and headphone jacks. In what I believe is a first in Canon’s consumer cameras, the G3 X also offers a Live HDMI output so you can record to an external recorder or connect a monitor. Not sure how many people will use it, but it’s there.

As with pretty much any camera that has been announced lately, the G3 X comes with Built-in WiFi and NFC connectivity allowing the user to connect to his iOS or Android devices. 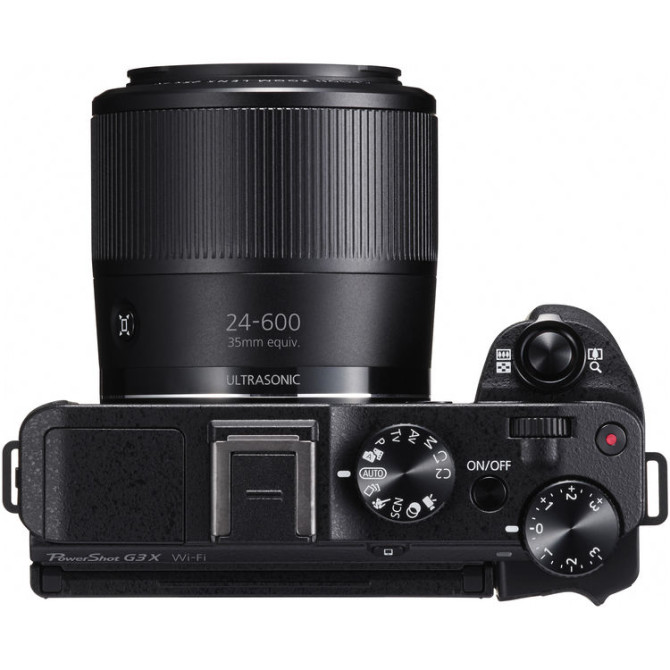 A new feature called Star Mode has been incorporated in the camera, said to “capture breathtaking images and video of starry night skies with superb quality”, but don’t expect D810A-like quality. I think it’s pretty safe to say that this isn’t Canon’s rumored astrophotography camera, but I like the fact that they kept this niche in mind.

The camera includes a tilting 3.2″ 1,620k-dot capacitive touchscreen LCD which should be extremely useful for framing your shots, but touted as being a ‘selfie-ready’ screen it seems Canon doesn’t think you’ll be framing anything much other than your duck-faced self portraits. 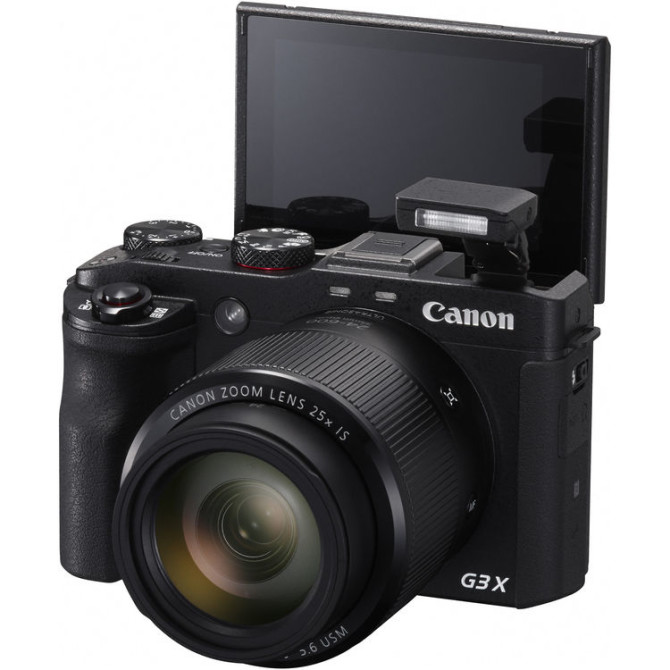 Looking to maximize its profit, Canon also announced a couple of accessories. The first is a leather case which I can understand, but the second is a lens hood and filter adapter kit (sold for $49!) and this one gets me every time.

Canon, a lens hood is not an accessory; it should come included with every single camera you sell at no addition cost. But hey, what am I complaining about, at least the camera comes with a free lens cap.

Overall this seems like a pretty decent camera, but I’m not sure I’d be willing to shell out $999 for this set of features, especially when I look at what else is available from Canon’s competitors.

If you are interested, though, you can pre-order the G3 X and expect to get it sometime in July. 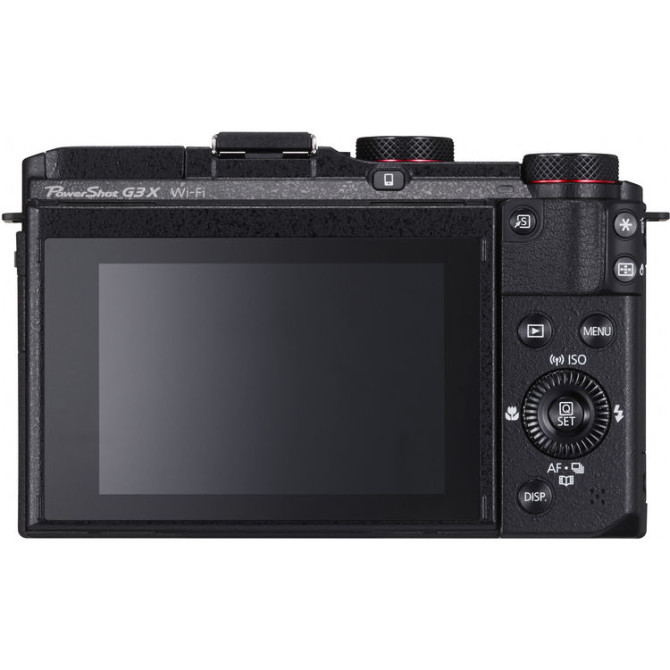 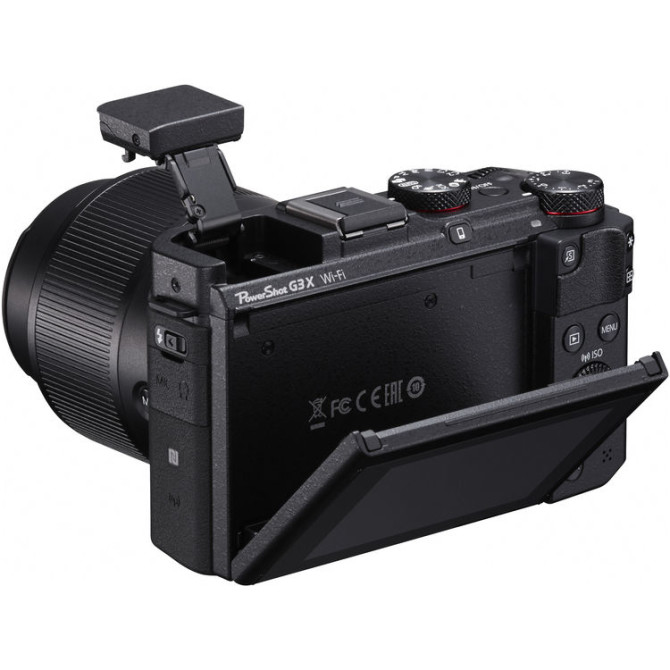 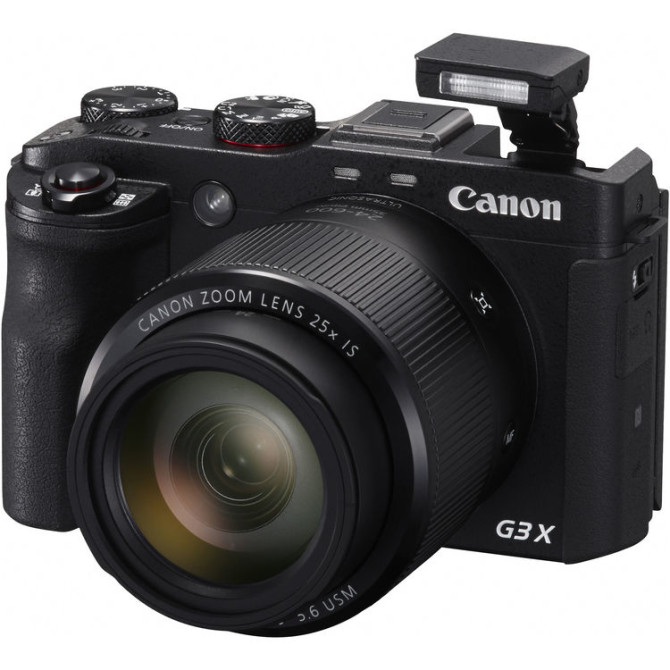