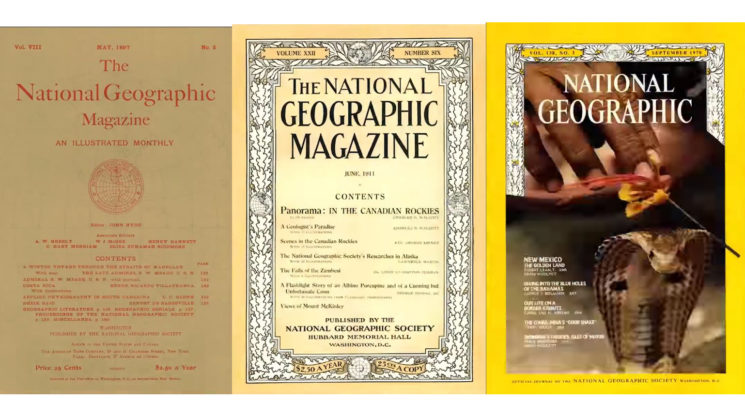 National Geographic magazine has been with us for 130 years. Over this time, the design of the magazine has changed and evolved. To demonstrate this change, NatGeo has published a short video that shows this evolution in less than two minutes.

As NatGeo writes, the look of their magazine has changed over the years but, their goal to explore “the world and all that is in it” has remained unchanged. What I found interesting in this visual journey through their covers is: there are no photos during the first half of the video!

Nowadays, National Geographic is famous for their prestigious photo contests (among other things). But the first photo appeared on the cover of NatGeo magazine in July 1959, seventy years after its founding. As time went by, the photos became increasingly important, which you can also spot in the video above.

This video reminded me of the timelapse of the New York Times covers throughout history. They took around sixty years to publish the first photo on the cover page, and photography was also becoming more important as time went by.

National Geographic’s video lasts less than two minutes and it’s interesting to watch the evolution of the magazine unveil right before your eyes. But if you want to examine the cover pages more thoroughly, you can check them out here.

The Evolution of Magazine Covers

« How I “scanned” old negatives with $0 budget, a DSLR and stuff I had at home
7 things photographers need to know about shooting video »