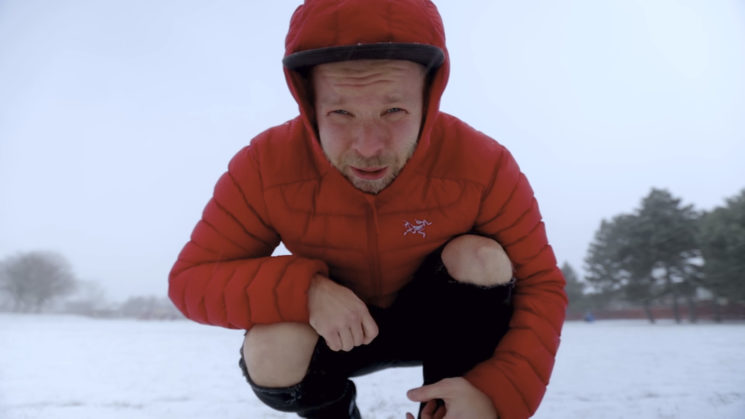 With more photographers taking to video now, it’s good to be armed with a little information about the basics. It seems like there might not be much real difference between photography and videography, especially as we often use the same kit for both. But there are some important techniques and principles that you need to take on board. In this video, Matti Haapoja from TravelFeels talks about seven of them.

Even if you’ve been doing photography professionally for years, video can still take a lot of getting used to. It’s a set of disciplines we’re just not used to. A whole new skillset that we need to learn. But these will help to get you up and running quickly. Then it’s just a case of practising.

In the world of photography, this isn’t something we really have to worry about. Except perhaps if we’re shooting sports or wildlife, but even there it’s for very different reasons. With photography, no matter what the frame rate at which we shoot, we’re really only looking for one image. When you’re playing them back in sequence at a rapid pace, it makes a big difference to the look of your video.

When you are shooting stills that require a high frame rate, more is often better. It increases the chances of catching the action. When it comes to video, though, more is not always better. In fact, it often can make the footage look worse. Matti says that you “always, always, always” want to be filming at 24 frames per second (well, 23.976 to be exact) for real-time footage. Personally, I’m inclined to agree, but I’ve given up trying to argue with people who insist on shooting 25fps or 29.97fps.

If you want to go slow motion, then knock yourself out. Shoot as fast as you like. 60fps, 120fps, 240fps, whatever your camera’s capable of, but play it back at 24fps.

This goes along with the above, and we’ve covered it here before with a principle known as the 180-degree shutter rule. But, in essence, your shutter speed wants to be 1/double your framerate (or as close to it as your camera allows). So, if you’re shooting at 24fps, your shutter speed would ideally be 1/48th of a second. But most cameras won’t do that, so 1/50th of a second is as close as we get.

In photography, most people should be shooting raw. For video, though, raw isn’t really an option unless you’re going high end with Black Magic or RED or something. For DSLRs & Mirrorless, there’s typically no raw video. There are possible options for Canon shooters with the Magic Lantern firmware, but if you’re reading this post, that’s not something you’ll want to mess with just yet.

For video, it’s a bit like shooting jpg. You’re limited in the amount of data you can write out, because you’re shooting at a much faster frame rate than you do with stills, hence, no raw. Log is the next best thing for most of us. If your camera doesn’t have a log profile, then you’ll want to shoot in as flat a profile as possible. It’s very easy to add contrast and saturation in post, but often impossible to take it away if there’s too much to begin with.

For photography, often we go handheld. Certain subjects might require a tripod, like long exposures. Or a tripod or monopod might just make our lives easier, especially if we’re shooting with big heavy lenses. While tripods can still be valid for video, tripods designed for video are built a little differently, and if we’re going handheld, you’ll almost certainly need some assistance to keep the video from being too shaky.

There’s tripods, sliders, gimbals, motorised panoramic heads and all kinds of things you can put your cameras on for video. Even if you want a handheld look, you still want to use something like a shoulder rig, glidecam or gimbal to help smooth out your motions. They might not look like massive movements on the back of the camera, but when you bring them up on the big screen, they become obvious.

Movement isn’t really something we have to worry about with photography. In fact, we often want the camera to be as still as possible to ensure the subjects are sharp. There’s exceptions, of course, like panning with cyclists or vehicles, but by and large, we’re static. But movement is often vital with video. Locked off static shot after locked off static shot gets very boring really quickly.

This one is a hot debate. Personally, I’m of the belief that we should always shoot video in manual focus. It’s just the way I was always taught to shoot video and it makes the most sense. Aside from the fact that autofocus sucks for video on most cameras, it makes certain shots impossible.

You can’t track a moving shot and have the focus land in the exact spot you want it if it’s continuously hunting while you’re moving the camera. Pre-focusing also isn’t possible with autofocus. There’s no way to have the focus set to a certain point and just have your subject walk into the shot. Or the opposite, after the subject walks out of the shot, the AF will go hunting for something else to find.

This is why there are no autofocus cinema lenses, because autofocus just doesn’t really work well for video.

Even for vlogs, I have the focus locked during the shot. If I’ve got the camera pointed at my face, my arm’s always the same length, so once the focus is set, why does it need to change? By manual, focus, by the way, I’m not excluding the option of single shot autofocus. Like, you press a button and it focuses on your subject and stays there throughout the shot. That’s fine. You just don’t to have it on continuously while shooting your clip. It’s just not reliable enough.

Getting good quality audio is essential for video. I’ve said this before, but People will forgive a slightly dodgy picture if the audio’s impeccable. But if the audio sucks, it doesn’t matter how pretty the visuals are. So, you need to really care about the sound in your video. You don’t need to spend a fortune on sound gear, especially if you’re just dipping your toe in the water, but don’t rely on the internal mic in your camera.

So, if you’re about to make the jump, or have already done so but aren’t happy with your results, there’s a few pointers to get you started.

These four manual vintage lenses are great for shooting video

Fujifilm X-T3 vs. Panasonic GH5: how do they compare for video shooting?

« Watch the evolution of National Geographic covers: 130 years in under 2 minutes
Impatient Patience…Keeping The Momentum While Learning the Ropes »