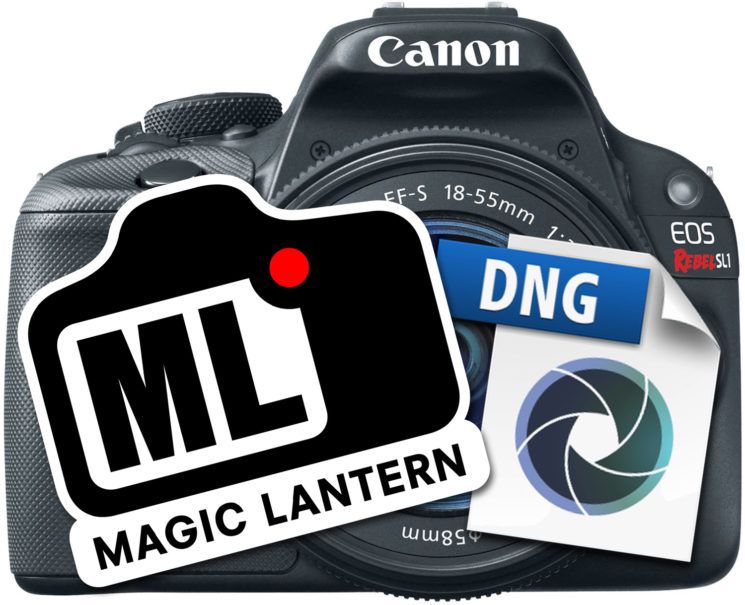 Also known as the Canon SL1, the EOS100D is Canon’s smallest ever DSLR. It’s even smaller and lighter than the EOS 1300D (Rebel T6). It’s been out for about four years now, and shares features similar to the EOS 700D (Rebel T5i). It’s been largely ignored, though, as a “beginner camera”. As it turns out, though, this inexpensive little body could be the perfect cheap camera for video.

An article just posted over on EOSHD describes how to get 10Bit RAW video with the EOS 100D using Magic Lantern. CinemaDNG files that you can import straight into DaVinci Resolve, or transcode to 10Bit ProRes 422 LT. There are a couple of caveats, though. These are due to the slower SD card slots, that limit your framerate and resolution.

It requires an experimental version of Magic Lantern, available on this post in the Magic Lantern forums. And it’s all thanks to a new 10Bit and 12Bit compression engine. This allows the 100D’s slower SD card slot to be able to keep up. But, as mentioned, there are limitations.

Although the camera is capable of shooting full 1080p HD natively, when shooting CinemaDNG, you’re limited to 1.7K video. Slightly narrower than 1080p at 1728 pixels wide. And while you can record the full height of the sensor, the data rates don’t allow for it. Even the standard 16:9 aspect ratio is too much for the card slot’s speed limit.

2.35:1, a common Cinemascope ratio, seems to be the most reliable, offering a resolution of 1728×736. Even this resolution was previously unheard off for a Canon crop DSLR with Magic Lantern. For frame rates, you’re looking at 24 or 25 frames per second. There’s no mention of 30 frames per second, so whether it can’t quite handle the data rates, or the person writing the guide simply had their camera set to PAL format and didn’t test it, I’m not sure.

With the bad news out of the way, the good news is that it apparently seems to eliminate moire and softness issues. Issues that tend to plague Canon’s APS-C bodies for video.

You need an app called MLVFS (for Windows and Mac) to pull the video files off the card and onto your computer. This mounts the card as a drive containing CinemaDNG folders. These can be dragged into DaVinci Resolve without transcoding, if you want to get straight into working with them. But they’ll need converted to another format like ProRes 422 LT if you want to work with them in Premiere.

You can read the full instructions on how to set it all up over on the EOSHD website.

Given the cost of used 100D bodies right now, I think I might have to pick one of these up to have a play.

Photographer brings iron powder to life in this captivating video