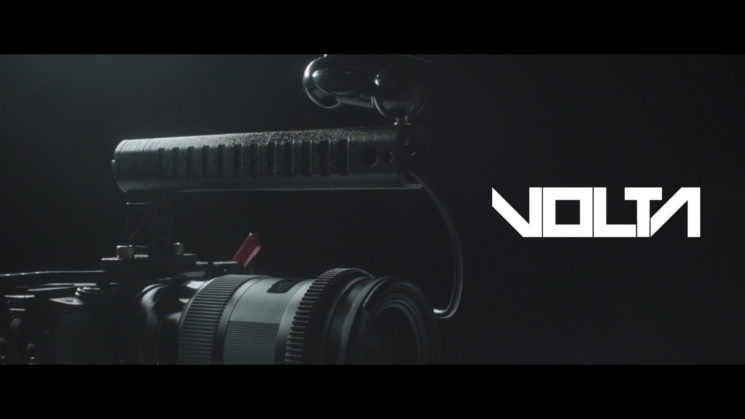 Power is a constant struggle for camera rigs, especially when you want to go a bit more run and gun. Sure, you can use internal batteries in everything, but then you have to carry a bunch of spares, and with some cameras, you’re fighting with the cage whenever you attempt to swap it out.

We showed you the Indipro Power Grip recently from PhotoPlus 2019, but now there’s a new one just launched on Indiegogo, which looks to be sized more like your typical SmallRig handle but claims 8,000mAh of power, and output straight to your camera’s dummy battery.

It looks very cool, and should fit nicely with your typical camera cage rig from companies like SmallRig, Tilta, Nitze, etc. But I do want to take issue with their “8000mAh” claim, which I feel is a little deceptive. 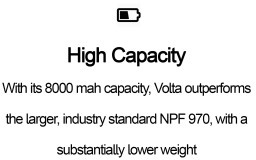 Now, with all that being said, I still think the Volta is pretty cool.

A regular-sized non-giant top handle that can still hold a higher charge than your camera’s internal battery, and can be swapped out easily when they do get low is a great thing. I have to add a couple of NP-F batteries to my rig when filming to power various things, and they’re awkward. They get in the way and definitely throw the balance off.

Sure, I’d be swapping batteries more often with Volta than I would the NP-Fs, but less often than the internal batteries. 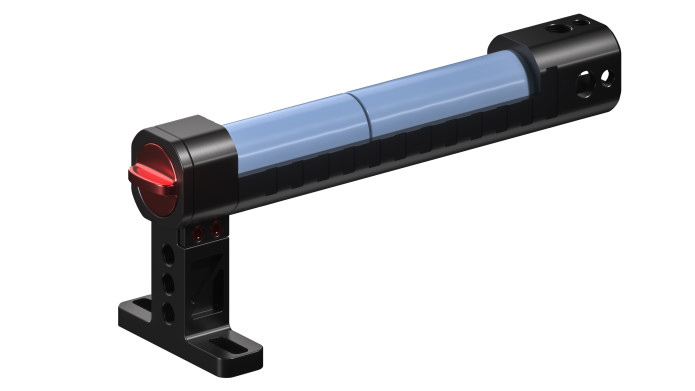 For power output, it offers a Type-C USB socket, but don’t go plugging your phone into this, as it puts out 7.4 volts. If you plug a 5v device into it, then you’re going to have a pretty bad day.

This output is designed to be used with a dummy battery, although I don’t know of any commercially available dummy batteries that have a Type-C USB plug on the end of them. Most dummy batteries on the market have 5.5mm DC barrel plugs on the end or are proprietary (like the official Nikon ones). The company behind Volta doesn’t seem to offer dummy batteries as being available for use with the Volta, so you might have to whip out the soldering iron and hack up your own.

Personally, I think they should rethink that Type-C socket and perhaps switch swap to a more standard barrel socket, because you know people are going to try plugging their phone into there, or accidentally mix up their dummy battery cable with their Samsung T5 cable and send 7.4v through their SSD.

One thing not mentioned in the campaign is exactly how much current this 7.4v socket can put out. Some cameras can draw a couple of Amps or more when filming, especially if they have to fire up cooling fans. And if you want to distribute the power to multiple devices, it adds up real quick. The Samsung cells themselves can put out up to 35 Amps max continuous discharge, but I suspect (hope) there’s some kind of protection circuit inside the handle to prevent overly discharging the batteries, which is likely going to limit that capability somewhat.

I love the idea of the Volta. Yes, it’s not as powerful as NP-F batteries (despite the claim), but it’s more powerful than your camera’s internal battery if you’re shooting mirrorless or a DSLR. 21700 batteries are cheap and readily available (they’re used in a lot of vapes), and don’t take up a lot of room in your bag. And, on a cage, it’ll often be a lot easier to swap out a couple of those in the top handle than it will a battery inside your camera.

I’d quite like to see a version of this with a NATO rail lock on the bottom, too, instead of just holes for screws.

The campaign has only just launched, and you can check it out here, so I think they still have some time to make some revisions (like the potentially problematic Type-C socket). They say they’ll be shipping in December, but the campaign page says they’re still at the concept stage. So, back this at your own risk or prepare to be very patient.