USB has been undergoing a pretty rapid development over the last few years since the Type-C connector came along. We’ve seen massive increases in speed, but it’s also received a very cool feature that few companies seem to actually be utilising; USB Power Delivery (USB PD).

It’s essentially an attempt to consolidate and standardise all of the different “quick charge” protocols that smartphone companies have implemented into their devices over the years. But did you know you can actually power a DSLR or mirrorless camera with it, too? Well, you can if you have this little cable. I was sent a couple of prototypes, so I made the above video to test them out. 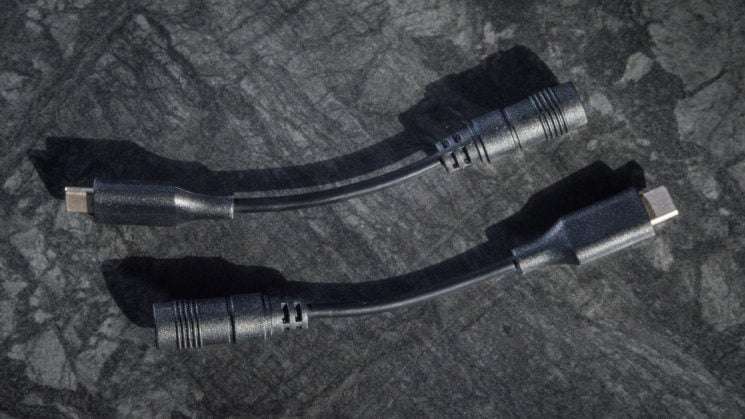 USB power used to be quite simple. It put out 5v across its two main power pins and it was limited to a certain level of current, depending on what the USB socket was on (500mA from your PC’s USB sockets or 1-2.4 Amps from a wall charger). Over time, USB power has evolved and we’ve seen various “Quick Charge” protocols from different manufacturers. Now, we have a standardised option in the form of USB Power Delivery.

Type-C USB PD can deliver anywhere between 5v and 20v. More volts at the same level of current means more overall power. 20v at 2.25 Amps (which is what one of my power banks is capable of putting out) is 45 Watts of power. To put out 45 Watts at 5v, you’re talking 9 Amps of current, and 9 Amps is going to melt just about any type of USB cable out there right now.

The way USB PD works is that there’s a chip in the battery’s circuitry and a chip in your device. Usually, it’s a little microcontroller like an STM32 or something (and you can delve into the nitty-gritty of it in this video from GreatScott!). These chips communicate with each other so that the device can say to the battery “Hey, send me this voltage”.

These cables contain such a chip which sends that message to the battery requesting 9v when it’s plugged into a Type-C socket capable of USB PD, which is then fed out to the 5.5×2.1mm barrel connector. Into this, I can then plug a dummy battery which goes inside my camera and powers it. 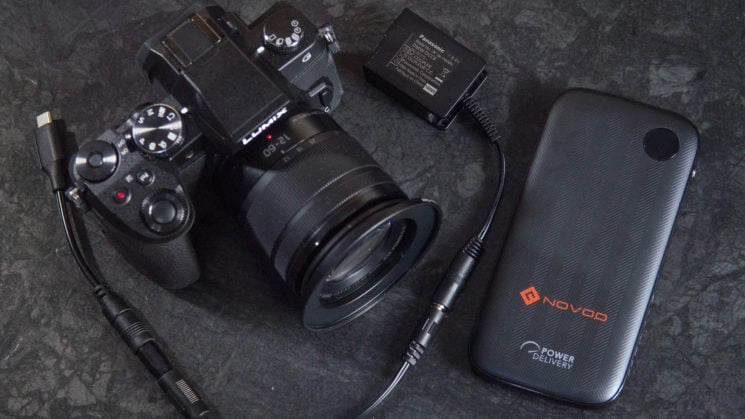 USB PD gets around both of these issues. You’re only doing a single conversion from the 3.7v cells straight to 9v, and because you’re at a higher voltage you can send a lower amount of current down your cable to get the same overall power. This means more efficiency, so batteries last longer, and less heat generated by the cable itself.

There are other solutions like the Tether Tools Case Relay, which works in a similar way to the step-up cables mentioned above, except that it also contains an internal battery. It charges the internal battery from the USB power bank over 5v and then the internal battery powers your camera. While this does actually give you the option of “hot-swapping” batteries while it’s in use to replace depleted ones with fresh ones to keep going forever, it’s potentially even less efficient. You’re not only converting voltages multiple times but you’re also transferring energy from one battery to another before going into the camera which is going to result in another loss.

What is new here with these prototype cables is the use of USB Power Delivery. And while the cables I have here are just prototypes, they’re a great proof-of-concept to show that USB Power Delivery works for powering cameras – even DSLRs, which can actually draw a lot of current when shooting high-speed continuous frames.

It is worth pointing out here that some cameras will actually allow you to power them through the Type-C socket. Fujifilm’s X-T3 and X-H1, for example, support this, although I expect most are simply stepping up 5v, resulting in a second conversion and loss of efficiency like the cables I mentioned above. Other cameras, like the Blackmagic Pocket Cinema Camera 4K and Sigma fp also have Type-C sockets, but they’re only for charging the battery, not powering the camera. 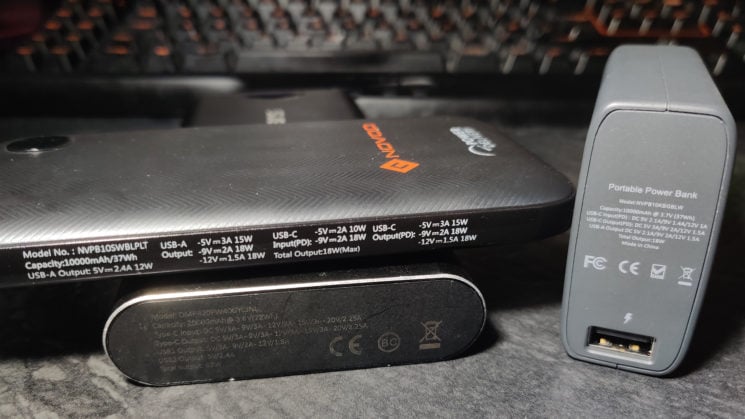 I expect as time goes on, more cameras will start to allow some form of power from a USB cable natively, whether it be through the use of some kind of step-up voltage converter or actually using USB PD. But until then, these cables and dummy batteries that incorporate this USB PD tech could become a fantastic solution for filmmakers, timelapse shooters who need to leave cameras running for hours, or wedding & event shooters that constantly burn through batteries during the day.

I’m not entirely sure exactly which products the company plans to release based off the concept, when they’ll be releasing to the public or how much they’ll cost, but they have set up a website where you can find out more, provide some feedback and tell them your own needs, and maybe get your hands on a prototype of your own to play with.

For me, I think the use of USB power banks will largely be limited to shooting video which can eat through internal batteries very quickly or when shooting timelapse where I could potentially have a camera firing continuously for several hours, days or even weeks at a time.