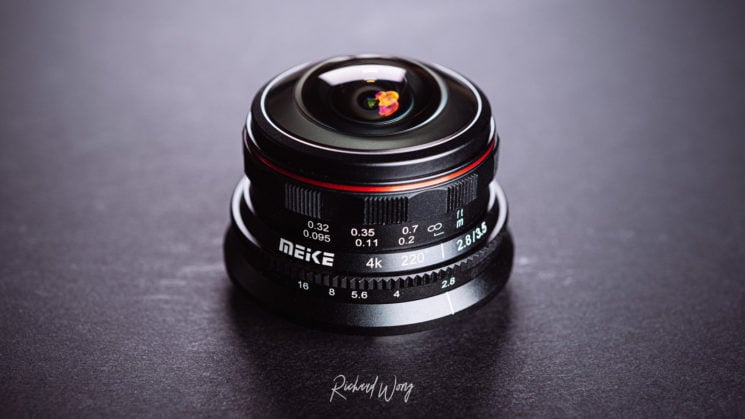 New Zealand based Photographer and filmmaker Richard Wong has been playing with one for a little while. In this video, he goes over it in quite some depth offering up his thoughts about the new lens and puts it side-by-side against the similarly-ludicrously-wide Laowa 4mm f/2.8 Fisheye lens.

Designed specifically for Micro Four Thirds cameras, the Meike 3.5mm f/2.8 has a field of view of 220°, which means it is literally able to see behind itself. It actually seems like it’s just very slightly wider than Laowa’s 4mm f/2.8, but there’s a lot more to it than that. Richard goes into great detail comparing centre and edge sharpness, colour, contrast, and more on his Panasonic G85 Micro Four Thirds camera.

I’ll let you watch the video to hear most of Richard’s findings, but one thing I did find interesting was the physical differences between the lenses, which affects just how wide an angle you can actually use with some cameras. The Meike 3.5mm f/2.8 lens is actually slightly longer than the Laowa 4mm f/2.8 which turns out to be quite the benefit when shooting with it.

The front of the Laowa 4mm is noticeably closer to the lens mount than the Meike 3.5mm, and you can actually see grip at the side of the G85, and potentially the fingers of the person holding the camera in the shot. This effectively means that with some cameras with a deeper grip, your field of view isn’t actually as wide as it should be, because you’ve got to crop it down to lose that. With the Meike, being a little longer, you don’t, meaning you get more usable shot area.

Depending on the camera you’re using and the types of imagery you want to shoot, this can be an important factor. If you’re shooting 360° footage, for example, with a pair of cameras back-to-back, then you’re going to want that entire area around the outside of the image projection to be there. Otherwise, your edges aren’t going to line up for the stitch. 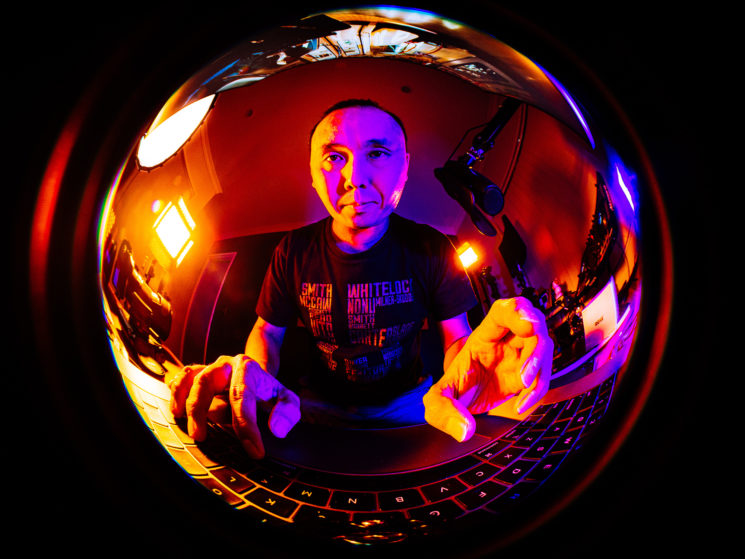 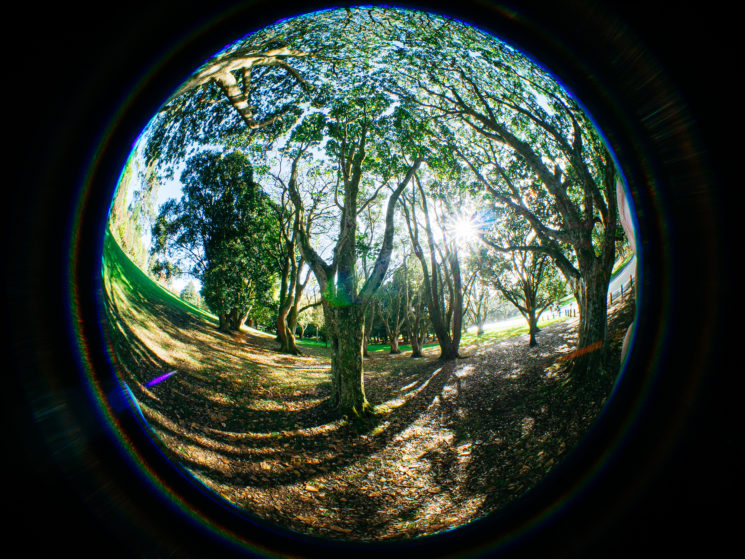 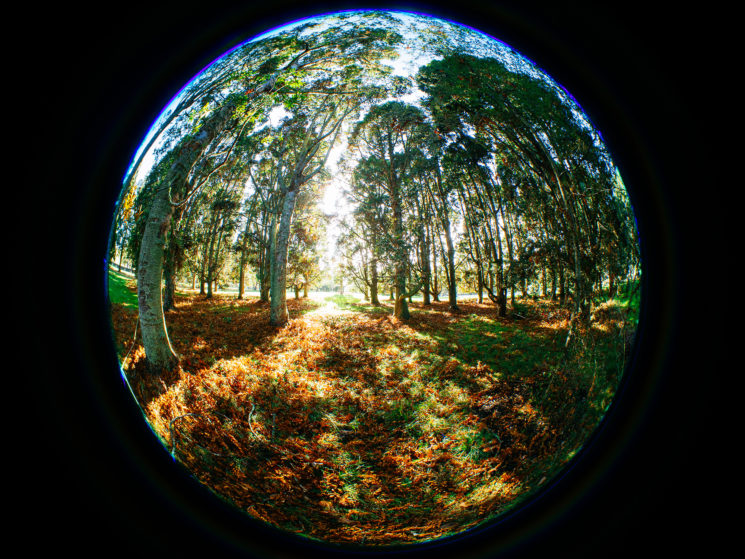 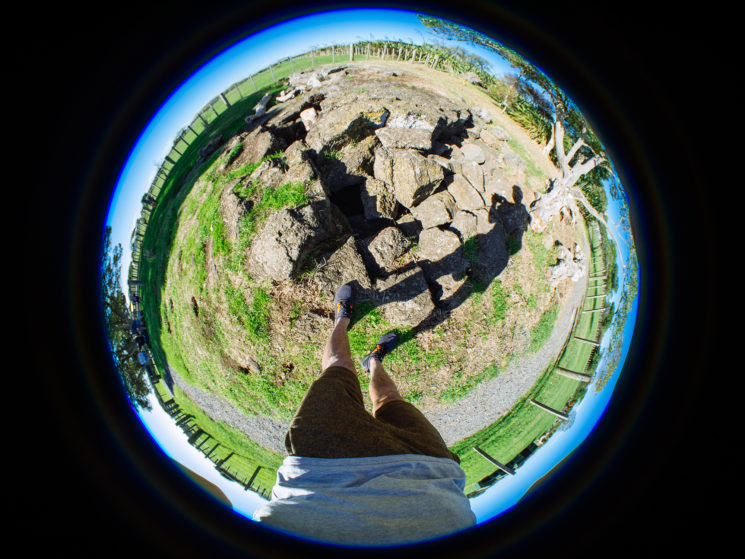 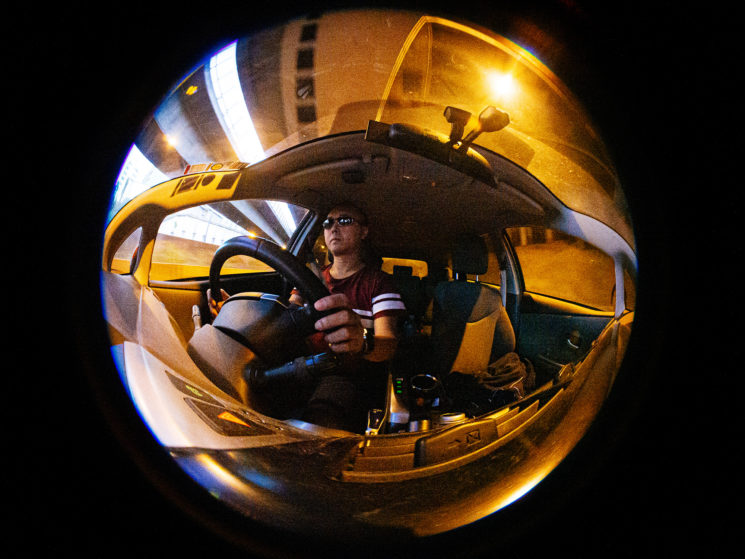 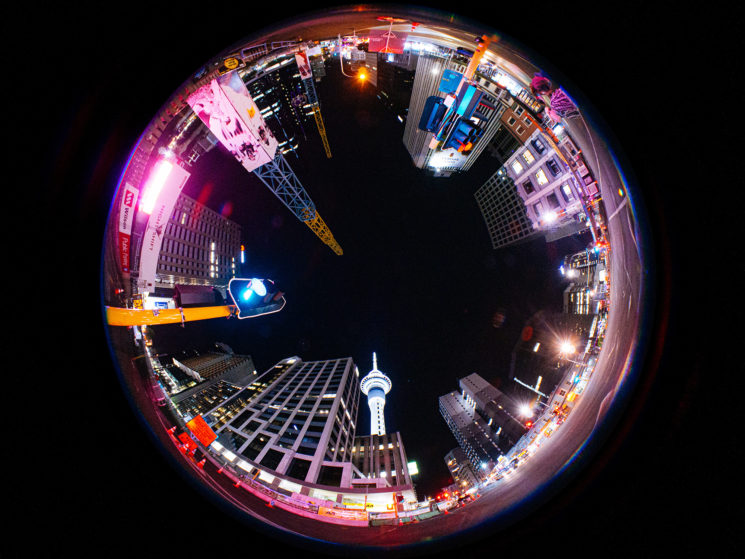 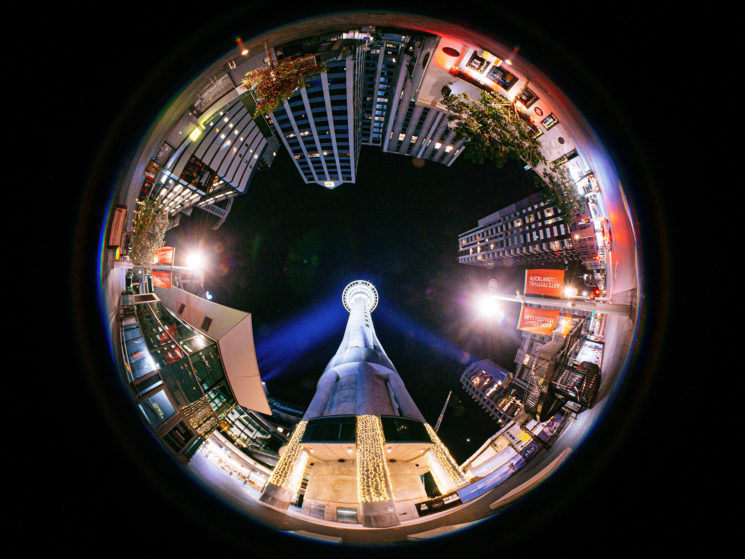 I’ve never really had a desire to own a fisheye lens before, but seeing just how wide this one is, especially at this price, I might have to pick a couple up. Sure, it’s not perfect, but I’ll bet it’s a lot of fun. After all, I do have a pair of Panasonic GX80s and a pair of G80s (that’s the GX85 and G85 for you folks in the USA). So, it could be interesting to shoot some 360° content with two of those cameras back-to-back.

I haven’t seen the Meike 3.5mm f/2.8 Fisheye available in the usual retailers just yet, although it’ll no doubt pop up soon. For now, it’s available to buy on the Meike Global website for $159.99. It’s expected to ship at the end of June.