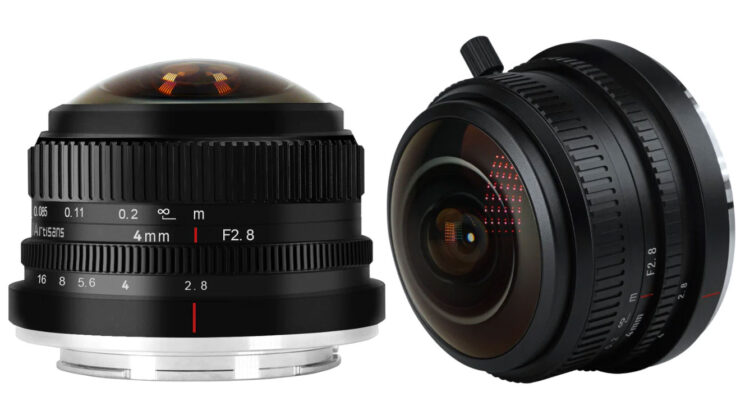 Early last week, 7Artisans teased a couple of new lenses on Chinese social media. Now, one of those lenses has been announced. It was initially assumed that this was going to be a lens designed for drones, due to the DJI Inspire in the background of the teaser photo, but it’s actually designed for use with APS-C (Sony E, Fuji X, Canon EF-M but no Nikon Z, apparently) and Micro Four Thirds cameras.

The new 7Artisans 4mm f/2.8 Fisheye is an APS-C lens that offers a whopping 225° field of view, which means it can pretty much see behind itself. It has an all-metal construction, but given its relatively low weight of 210g, they also say it can be mounted on the DJI Inspire X5 cameras for a “unique perspective” that hasn’t been possible from the air before.

Richard Wong’s had his hands on one for a little while and puts it to the test in this video against the Laowa 4mm f/2.8 and Meike 3.5mm f/2.8.

It has a minimum focus distance of only 8cm and from looking at the focus ring, it pretty much goes straight from 20cm to infinity. So, for just about any scene you want to shoot, you’re almost always going to be set to infinity, negating the need for autofocus. This is particularly handy on a drone where you may not have much, if any, focus control – even with autofocus lenses. With a field of view of 225°, that certainly would give a very interesting look to your drone footage! 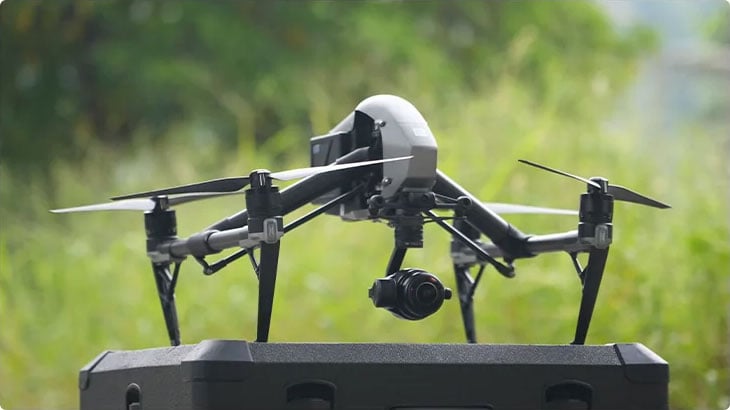 The wide f/2.8 aperture means you can shoot with this lens in fairly dark environments and it stops down to f/16 for sunnier conditions. Naturally, as a fisheye lens, you can’t stick a filter on this thing – but aside from a neutral density filter, what could you possibly even want to put on here? With a lens this wide, a polariser isn’t going to be of much use. It has a de-clicked aperture, making it ideal for video shoots moving between light and dark environments.

No dimensions have been listed on the product page, but you can see in the photo above mounted to the DJI Inspire 2 that it’s a pretty compact lens. Weighing only 210g, it’s an ideal lens for using with a drone gimbal – where it’s difficult or impossible to add any rear counterweight – and even as a walkabout lens, with a camera of suitably high resolution for “unwrapping” the image back to normal perspective, it’s not going to weigh you down all day while capturing a lot of what’s going on around you.

The 7Artisans 4mm f/2.8 Fisheye lens is available to buy now for $149 in Sony E, Fuji X, Micro Four Thirds and Canon EF-M mounts. At this price, I might have to pick one up for my Evolve 2 (review here) for a bit of a play!