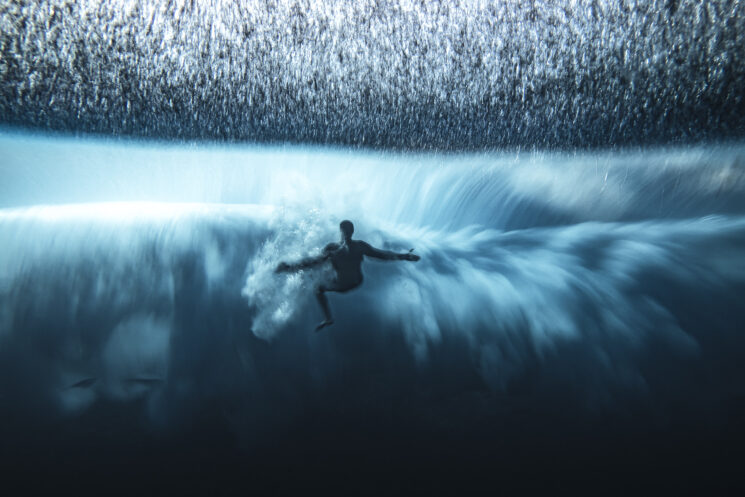 French Polynesia-based photographer, Ben Thouard, has been announced as the Ocean Photographer of the Year 2022.
Ben’s incredible image is beautifully composed and full of texture and action. It shows a surfer battling against
one of the heaviest waves in the world, Teahupo’o, which translates as ‘place of skulls’. Chosen from thousands of submissions from around the world, it was the unanimous winner.

The Ocean Photographer of the Year has a simple mission: to shine a light on the beauty of the ocean and the
threats it faces. Category winners include images of posing pods of pilot whales, humans exploring the farthest reaches of the ocean, and recovered reefs booming with biomass. Read on to see more of the winning images. 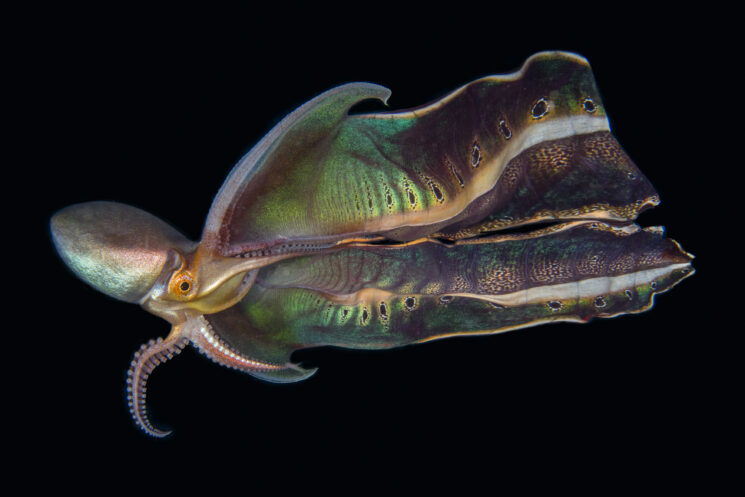 Second place goes to Katherine Lu for her beautiful image of a blanket octopus taken on a blackwater night dive. Third place goes to Brook Peterson for her captivating image of a diving cormorant amongst a school of fish that has formed to create the shape of a human face. 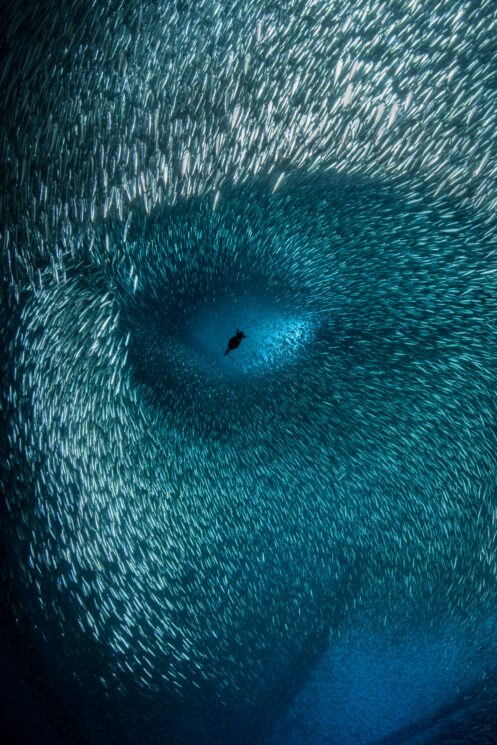 Conservation Photographer of the Year (HOPE) 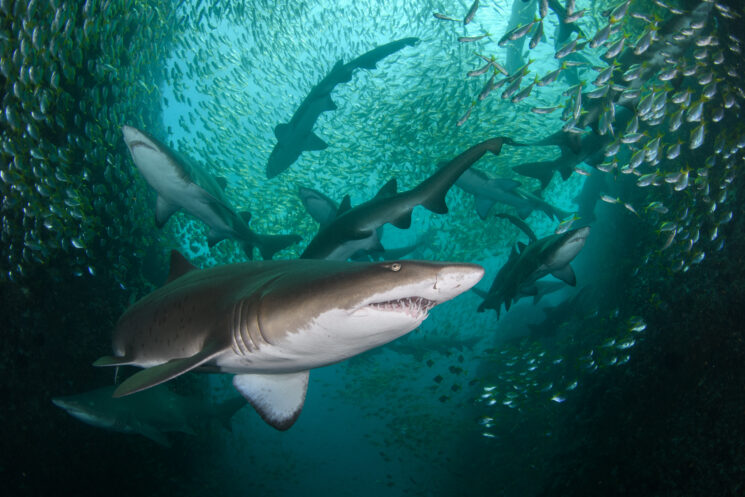 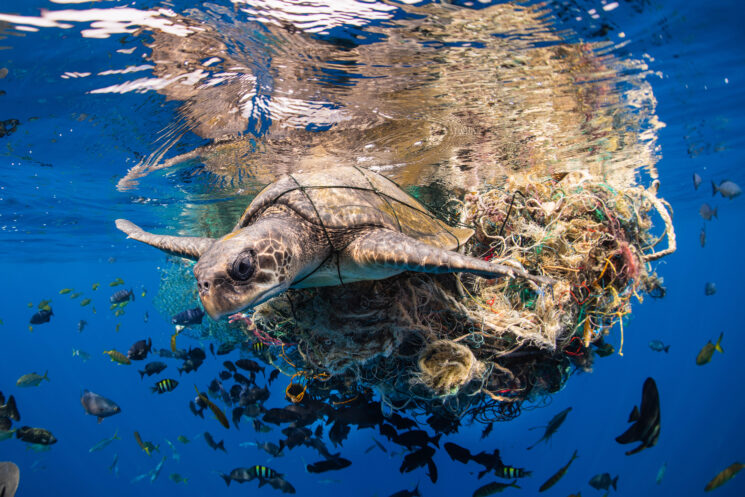 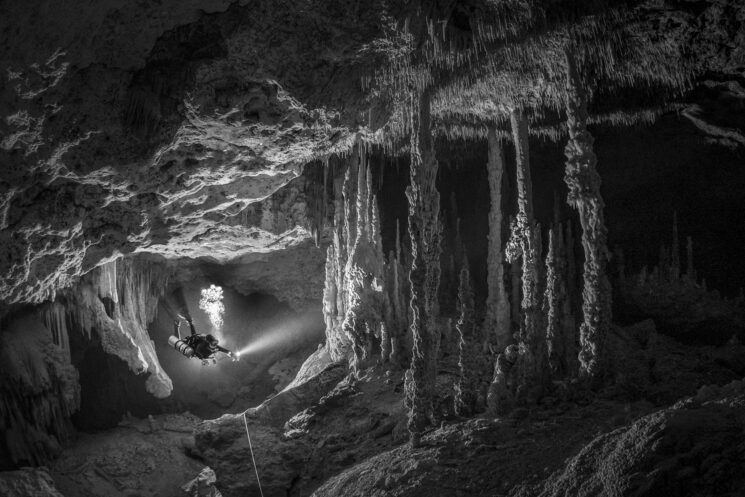 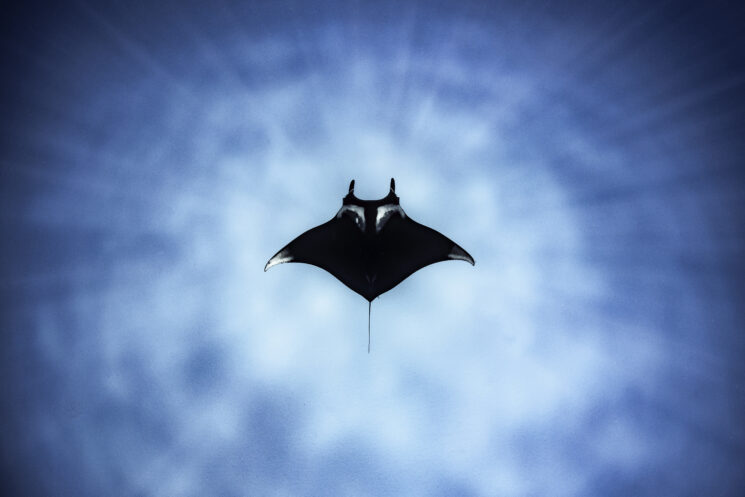 A manta ray cruises above a sandy seabed off Coral Bay, Western Australia. 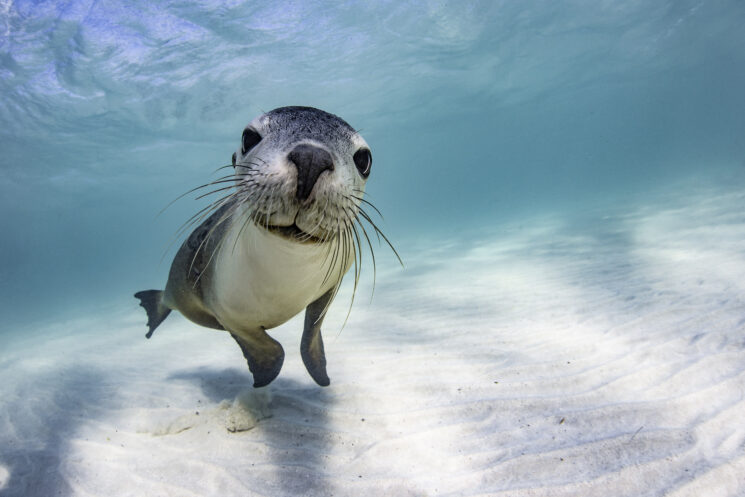 A playful sea lion looks at its reflection in Brooke’s camera. 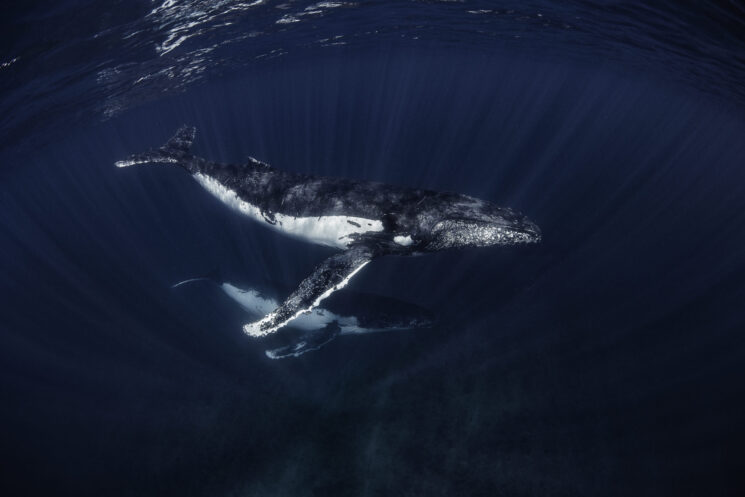 Fine Art Photographer of the Year 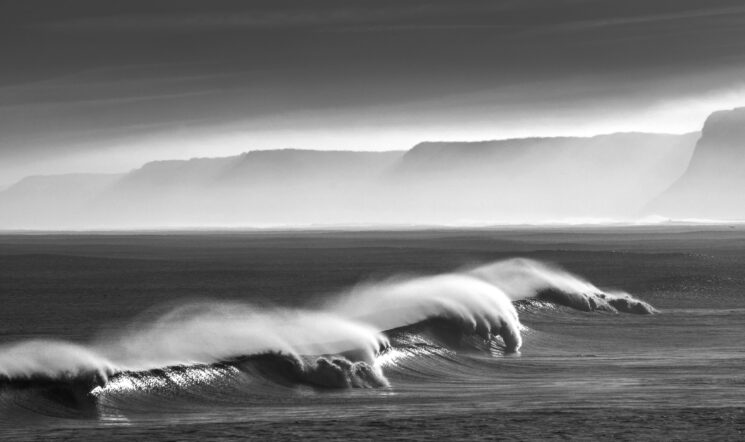 WINNER: Steve Woods, Dominica
A freediver interacts with a sperm whale amidst a cloud of Sargassum weed. 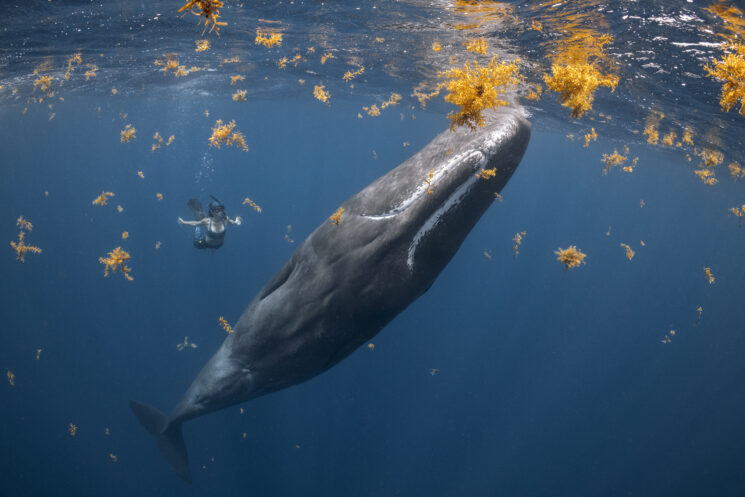 Ocean Wildlife Photographer of the Year 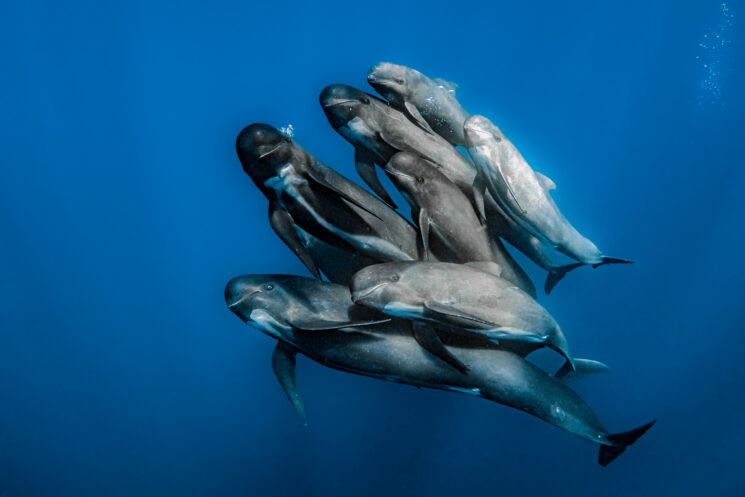 Young Ocean Photographer of the Year 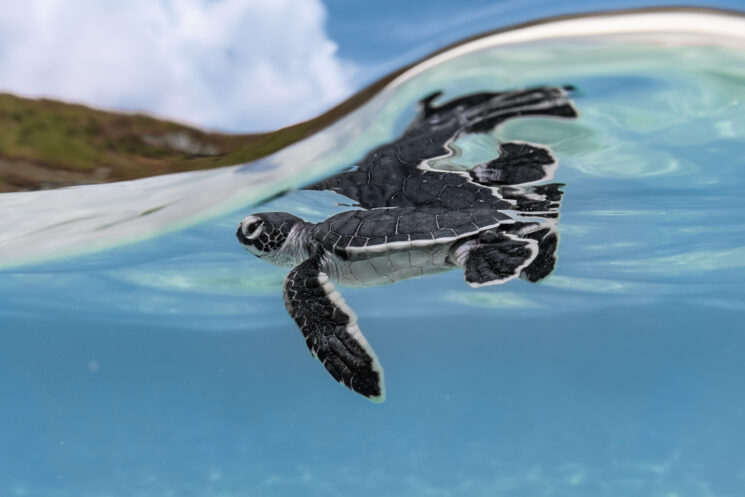 This year will see the return of the month-long Tower Bridge exhibition, enjoyed by more than one million people in 2021. The free, open-air exhibition will be open to the public from tomorrow, October 5th to November 7th. The winning images and finalists can be seen on the website.