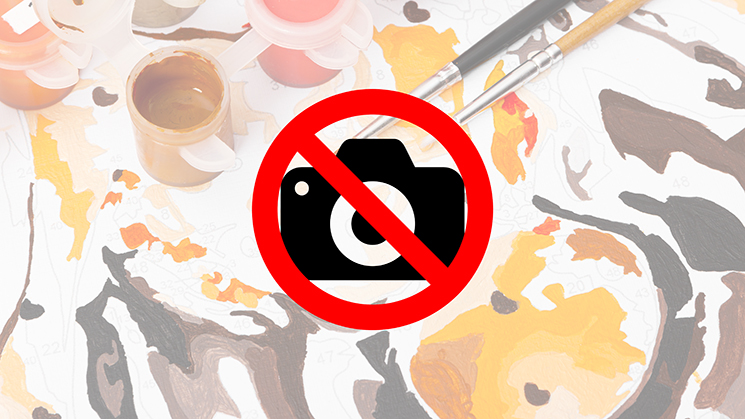 Climate change is one of the burning issues in our society, and many photographers are doing what they can to raise awareness about it. But Vogue Italia recently turned to a pretty unusual method of helping the environment – they banned photography completely. The latest issue of the popular fashion magazine features no photos whatsoever, and it caused mixed reactions in the community.

In a series of Instagram posts, Vogue Italia shared previews of cover images for its January 2020 Special Issue. Each of the captions reads “NO PHOTOSHOOT PRODUCTION WAS REQUIRED IN THE MAKING OF THIS ISSUE,” making it clear that there were no photographers hired for this particular issue of the magazine.

“All of the covers, as well as the features of our January issue, have been drawn by artists, ranging from well-known art icons and emerging talents to comic book legends,” Vogue Italia writes.

“The challenge was to prove it is possible to show clothes without photographing them. This is a first, Vogue Italia has never had an illustrated cover: and as far as I know no issue of Vogue Italia in which photography is not the primary visual medium has ever been printed.”

But wait, what’s the point? Well, the entire issue of the magazine was “created without travelling, shipping entire wardrobes of clothes or polluting in any way,” Vogue Italia explains. In his note to readers, Emanuele Farneti, the editor in chief, described what it takes to fill one Vogue issue with professional photos:

“One hundred and fifty people involved. About twenty flights and a dozen or so train journeys. Forty cars on standby. Sixty international deliveries. Lights switched on for at least ten hours nonstop, partly powered by gasoline-fuelled generators. Food waste from the catering services. Plastic to wrap the garments. Electricity to recharge phones, cameras …”

By ditching photos from the January 2020 issue, the money was saved in the production and it will go towards financing the restoration of Fondazione Querini Stampalia. This is a cultural institution in Venice that was severely damaged by the recent floods. The idea is certainly great: it gives a new look and new dimension to the magazine, but most of all, it was done for a noble cause. But is it sustainable?

In my opinion, this not a permanent solution, unless Vogue Italia has decided to have illustrations instead of photos forever. As PhotoShelter’s Allen Murabayashi puts it, and I totally agree, “The elimination of photos might help to raise awareness, but it will most certainly not materially alter the effects on the environment.”

With the very next issue, the magazine will again fill its pages with photos. That’s great news for photographers, but it means that making a single Vogue issue will again leave a significant carbon footprint.

I do like this experiment, but I think more needs to be done if Vogue really wants to contribute. I certainly hope that Vogue (and other magazines) will think of more long-term solutions for their future issues. They could organize the shoots locally, for starters: hire local models, photographers, and other production members. Also, they could organize the shoots in more nearby locations so they don’t have to fly half of the world for a single photoshoot. Perhaps also think of alternative ways of wrapping and shipping the clothes… These are only some ideas, but some of them have to be implemented if Vogue really wants to help the planet, at least a bit.