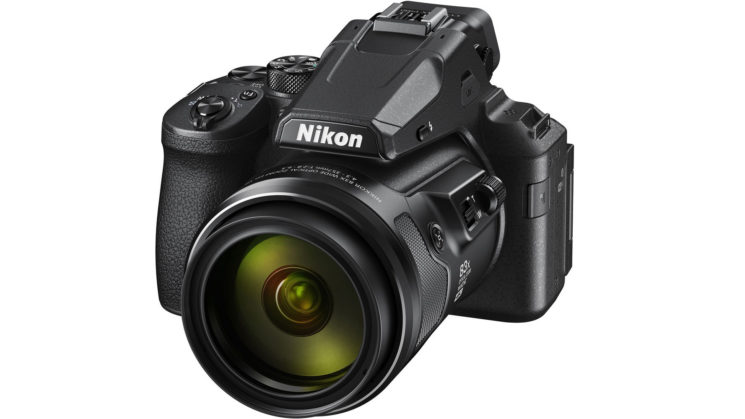 After being rumored a few days ago, the Nikon COOLPIX P950 is now officially announced. It’s another super-zoom compact camera from Nikon, and it’s kind of a crossover between the P900 and its younger brother P1000. It has the zoom range of the P900, which is smaller than the one of P1000. But on the other hand, it lets you shoot 4K video which P900 doesn’t. So let’s dive in and see what Nikon brings in its latest prosumer camera.

The most prominent feature of the Nikon P950 is its zoom range of 83x (24-2000mm equivalent focal length range). It sure is a lot, but it’s nothing new from Nikon, really. The P900 offers the same zoom range and it was launched five years ago. The P1000 was then launched in 2018 as a replacement and it offers 125x zoom (a 24mm and 3000mm equivalent focal length range). Nevertheless, I think you’ll still like the P950 if you want to zoom in to the moon… Or “prove” that the Earth is flat (please don’t).

A thing that’s similar to both the P900 and P1000 is the sensor. Just like the previous two models, the Nikon P950 offers a 16MP back-illuminated CMOS sensor.

When it comes to the display, the Nikon P950 has the same 3.2″vari-angle tilting screen like the P1000. The photos can be shared via Nikon SnapBridge and built-in Wi-Fi and Bluetooth. Another feature that the new camera picks up from P1000 rather than P900 is video resolution. While the Nikon P900 shoots Full HD 1080p, the P950 is capable of shooting 4K UHD/30p movies across its entire zoom range. So that’s a nice upgrade.

Let’s see the remaining specs of the Nikon P950:

It looks like the Nikon went for a mid-value between the P900 and P1000 (I guess that’s also how they named the new camera). It’s ready for preorders now, and it’s a bit cheaper than the P1000 when it was announced. You can preorder it for $796.95, and it starts shipping on 7 February.