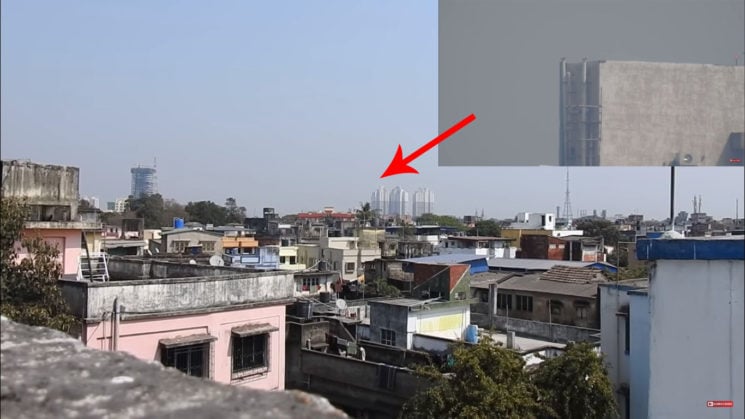 Nikon has recently announced Coolpix P1000, a compact camera with insane 125x optical zoom. In case you were wondering what it looks like to zoom in that far on a compact camera, Mr Jayanta has filmed a couple of videos that demonstrate it. You’ll be able to check out the stability and autofocus of the camera as it zooms all the way to 3000mm equivalent.

The Nikon Coolpix P1000 ranges from 24 to 3000mm equivalent. Because of such a large zoom, Nikon equipped the camera with Dual Detect Optical Vibration Reduction, which provides 5 stops of optical image stabilization. Here’s a video where the camera zooms in to a complex of buildings in Kolkata, India. It seems that the camera is handheld, and if it is, the shot at 3000mm equivalent looks pretty steady.

Here’s an interesting one – zooming in from India to Bhutan:

And in this one, you can see a peacock eating peacefully, not knowing that it’s being filmed from afar:

The previous generation, Nikon Coolpix P900, also had an impressive zoom range of 24-2000mm equivalent (or 86x). You can read more about it here and see its take on the Moon, so you can compare the two cameras.

So what do you think? Is it worth investing in it?