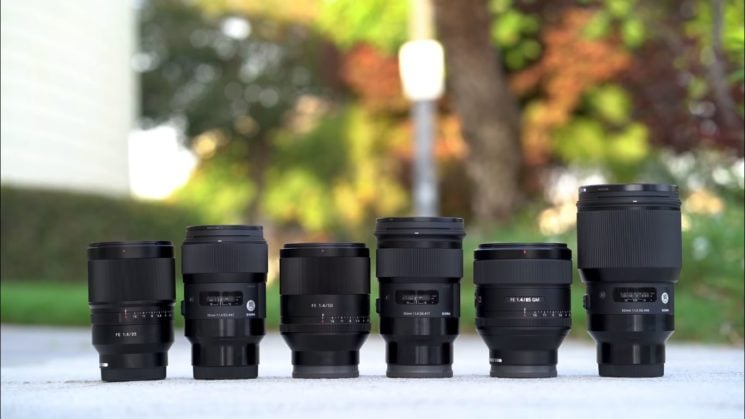 Earlier this year, Sigma announced nine Art lenses with native Sony E mount. Jason Vong tested three of them and compared them to native Sony counterparts in terms of sharpness, AF performance for photo and video, and form factor.

Jason visited Anime Expo and shot some videos and stills in this lens shootout, testing the pairs of 35mm f/1.4, 50mm f/1.4, and 85mm f/1.4. Let’s see his impressions and whether or not Sigma Art lenses can outperform their Sony counterparts.

These are the Sigma Art lenses for Sony E tested in the video:

And these are the native Sony lenses:

As for the lighting, Jason used two Godox AD200 strobes with 38” Parapop Glow modifiers to take some portraits at the Anime Expo.

Here are a few examples side by side: 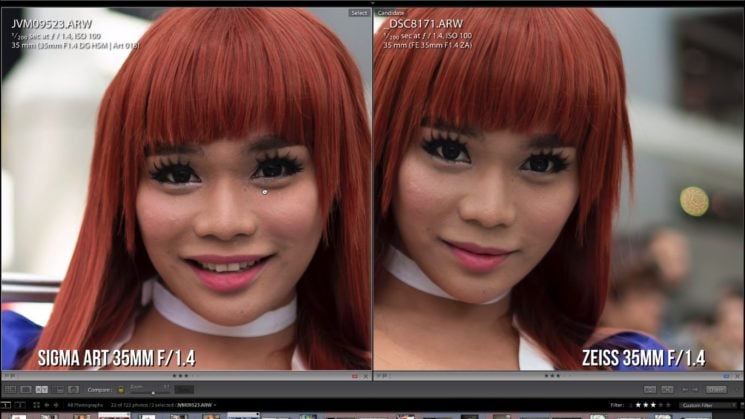 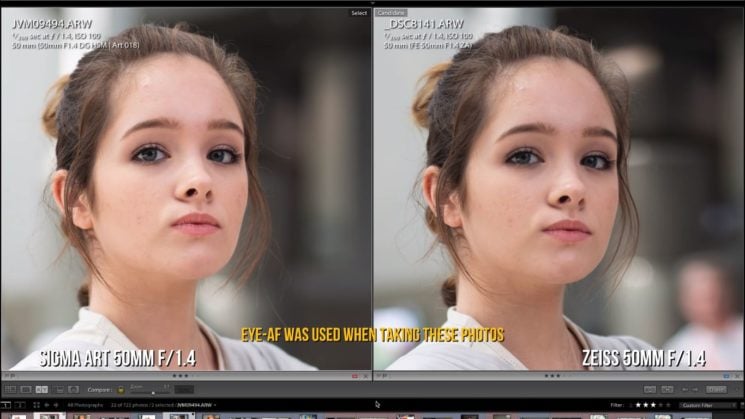 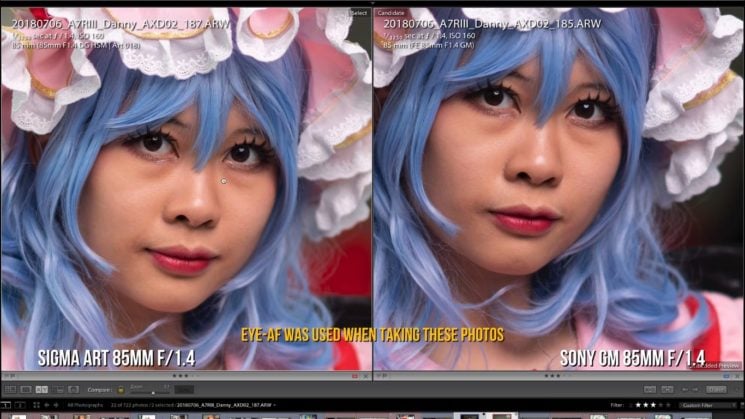 Jason used Eye AF to take these portraits. His impression is that Sigma Art lenses show a little more sharpness at f/1.4, especially when you look at the eyes and the eyelashes. He adds, however, that the difference is so minimal that it’s only important to pixel peepers.

When it comes to autofocus, Jason used AF-C to take photos. Both sets of lenses grab AF very fast, with the Zeiss lenses being a tad faster. However, Zeiss lenses are more reliable, especially the 35mm: Sigma’s counterpart proved to be unreliable from time to time when it comes to AF, while 50mm and 85mm didn’t have this kind of a hiccup.

Jason also tested AF for the video. Again, Zeiss lenses for Sony are a bit faster, the difference is not significant. But, Zeiss lenses do a much better job at tracking and keeping the focus on your subject. When it comes to grabbing focus, Sigma Art 35mm f/1.4 had some struggle, whereas the other two lenses performed equally well as their Zeiss counterparts. Sigma Art lenses stutter a bit before grabbing focus, while Zeiss lenses have a smoother transition.

As for making noise while autofocusing, neither of the lenses has a problem with that, at least Jason didn’t notice it. Sigma has better manual AF, so if you prefer it for the videos, you may actually rather opt for Sigma Art lenses.

And lastly, when it comes to physical characteristics, all Zeiss lenses are lighter and smaller, especially the 85mm. Also, Zeiss lenses have a clickless aperture ring, which is great for videos.

To conclude, Jason suggests that you go for Sigma Art lenses if you’re a casual or a portrait photographer and the flawless AF performance is not extremely important to you. They are great and sharp lenses and a great value for money. On the other hand, if you do event photography or shoot video and you need a completely reliable AF, then Zeiss and Sony lenses could be a better choice for you.