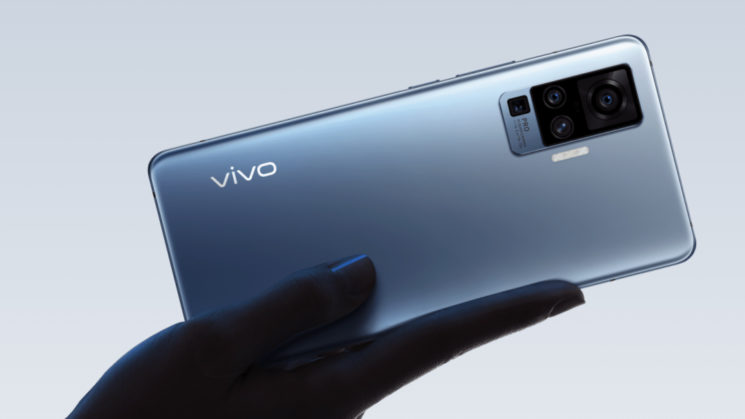 The world of smartphones moves thick and fast these days, and a lot of them all start to look the same after a while, but this is one announcement I’ve definitely been waiting for. Chinese smartphone company, vivo has today announced their expansion into Europe and they’ve announced a new phone – sort of.

It’s the X51 5G, which is essentially the European release of the X50 Pro, from the company’s flagship X series and it features a gimbal stabilised camera. You might remember the gimbal camera was first teased in the vivo Apex concept camera back in March, expected for the X50 in May and then released in China in June. Now, it’s coming to Europe. 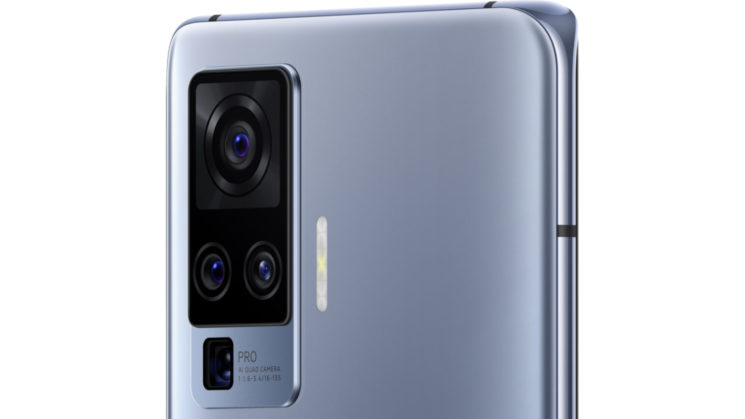 The X51 5g, vivo says, is a realisation of their commitment to user-centric design. They say it has “cutting-edge image stabilization, advanced night mode, zoom and portrait photography technologies”. Well, with a built-in gimbal, I certainly would expect the stabilization to be seriously next level. The device is based around a Qualcomm Snapdragon 765G processor, which contains 8 cores running at 2.4Ghz, and an Adreno 620 GPU. It has 8GB of RAM, 256GB of internal memory (but no microSD slot) and dual sim support.

When it comes to the cameras, there are four on the rear and one on the front. The main one – which is the one we’re all really interested in – is a 48-megapixel 1/2-inch Sony IMX598 sensor that’s gimbal stabilised with an f/1.6 lens, although I’m not sure of the exact field of view of equivalent full-frame focal length – although extrapolating from the other cameras and the “lossless zoom” spec, it seems to be equivalent to about a 25mm lens.

According to vivo, the gimbal on the main camera is a “pan-tilt image stabilising system [which] allows users to take clear photos and videos while in motion, even at night”. They say it was modelled after a full-size professional level gimbal and moves in the opposite direction to the camera in order to help counter camera shake on the part of the person holding it. If it pans, tilts or rolls, the gimbal compensates to correct 100 times per second. 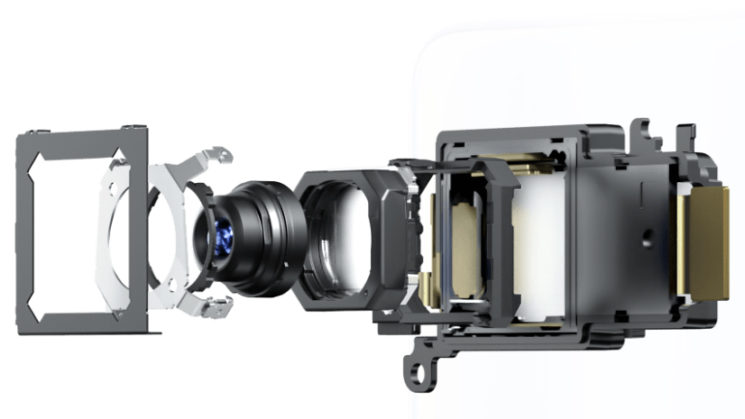 Of course, you’re not going to get the full 360° rotation freedom you get with something like the Zhiyun Crane 2S or DJI RS2, but you do get 3° in X and 2° in Y. So, you do still have to at least try to hold your camera somewhat steady, but this should help you to get a lot of shots and video clips that you might otherwise not be able to – particularly at night.

The second camera is the portrait camera, which offers 13-megapixels of resolution with a field of view equivalent to that of a 50mm lens on a full-frame camera, with an f/2.46 aperture. This lens is described as having “2x lossless zoom”, pointing hints at the equivalent focal length field of view of the main camera. 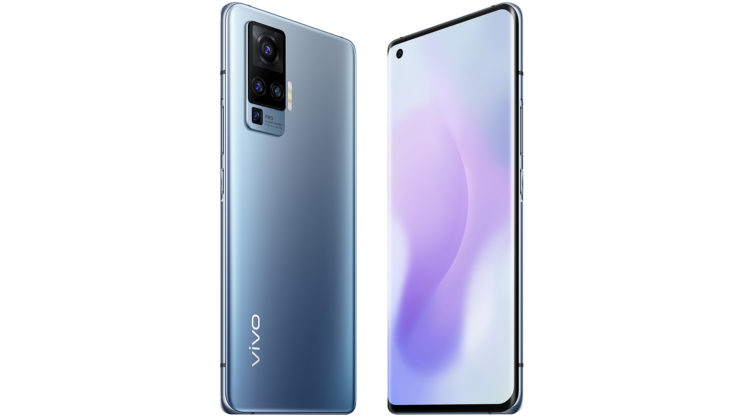 Third, we have a telephoto camera. This is an 8-megapixel 1/4.4″ sensor with a “5x lossless zoom”, which suggests somewhere equivalent to around a 125mm focal length equivalent field of view, and sports an f/3.4 aperture. And finally, there’s the wide-angle camera, which is also 8-megapixels, but with a slightly smaller 1/4″ sensor, offering a 120° field of view, equivalent to 15mm on full-frame at an aperture of f/2.2. The front camera is a 32-megapixel selfie camera, with an aperture of f/2.45

Aside from the cameras, the vivo X51 5G offers most of the tech we’d expect to see in a modern flagship. It has an 8-core 2.4Ghz CPU, 8GB RAM, 256GB storage, 5G connectivity, a 6.56″ AMOLED HDR 10+ display with a 90Hz refresh rate to minimise tearing and blur when watching videos or playing games, a 4,315mAh battery with 33-Watt FlashCharge, and a slick design.

I do wish smartphone manufacturers would start giving us micro SD card slots again, though. With as much content as we’re creating on our smartphones these days, and the size of 4K video files and large photographs, it sure would be nice to make use of my 1TB SanDisk Extreme Pro inside a phone again.

It’s not often that a new phone gets me excited, and I haven’t even looked at the news from the fruit stand the last few days, but this one’s really got me intrigued. I would love to put this phone’s cameras through their paces once it hits the streets and see how well that gimbal stands up. Not to mention how it compares to using an actual smartphone gimbal like the Zhiyun Smooth X or Hohem iSteady X.

More images of DJI’s new Mavic Mini SE – It’s not coming to the USA or Europe, though