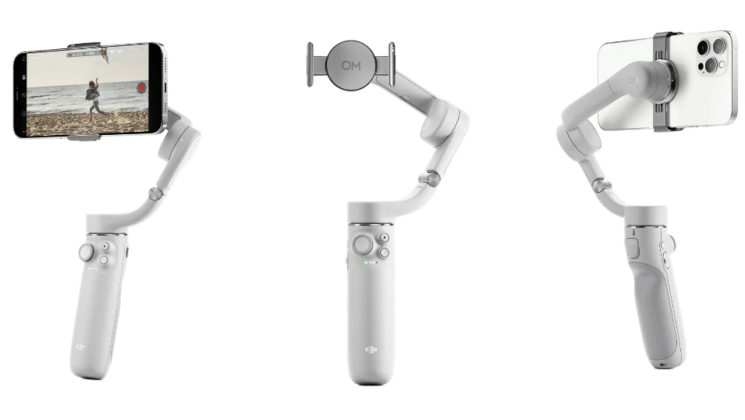 DJI has announced their new OM 5 smartphone gimbal today. It’s the fifth iteration of DJI gimbals formerly known as the Osmo Mobile and it looks like DJI’s finally caught up with Zhiyun on one major feature of their smartphone gimbals. A built-in selfie stick.

Of course, that’s not the only update over the DJI OM 4. It has improved ActiveTrack, a front fill light accessory, upgraded phone clamp and compatibility with a wider range of smartphones. It’s also smaller and lighter than its predecessors, with a foldable design.

The DJI OM 5 is available in two colours – Sunset White and Athens Grey – both of which actually look pretty similar. But it’s smaller and lighter than the DJI OM 4, shaving 100g off its overall weight. Like its predecessor, though, the DJI OM 5 features Gesture Control and Story Mode, but upgrades from ActiveTrack 3.0 to ActiveTrack 4.0 and brings with it a brand new ShotGuides feature. 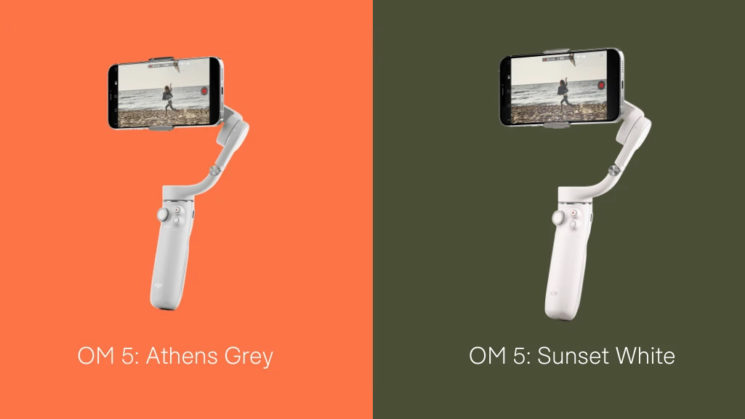 DJI has stuck with the magnetic phone clamp system of the DJI OM 4, which I think is pretty ingenious, but the big selling point of the OM 5 is that it features a built-in selfie stick. This will be a very welcome feature for selfie shooters and vloggers – as Zhiyun discovered when they released the built-in Selfie Stick in the Zhiyun Smooth X back in May last year. So, it’s not much of a surprise DJI’s bringing this one on board, too. 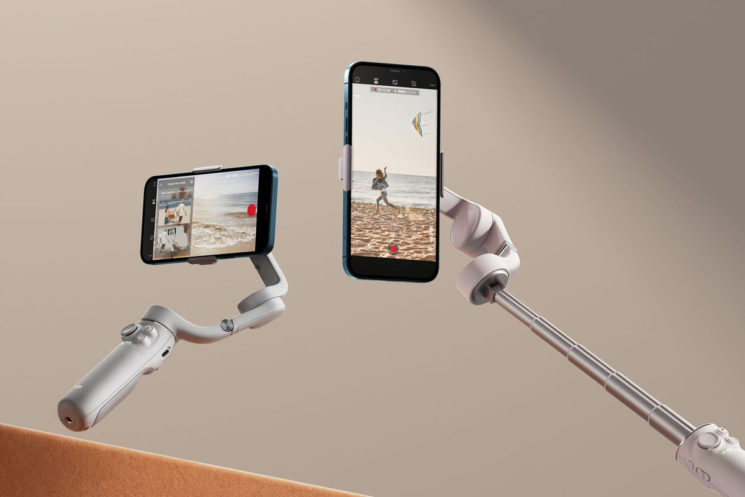 The new design and smaller size isn’t all advantages, though. Battery performance takes a pretty massive hit, dropping from the 15 hours of the OM 4 to just six hours and 20 minutes. Sure, for most people you’re not going to be shooting that much in a single day and will be able to recharge it at night, but if you’re off camping or exploring the wilderness for a few days, it might not last the whole trip. 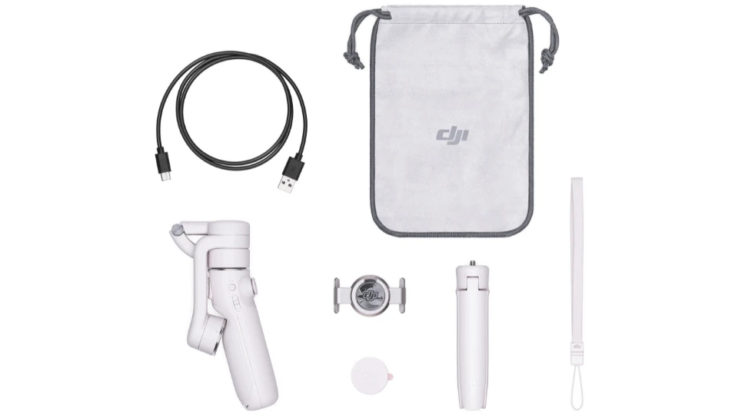