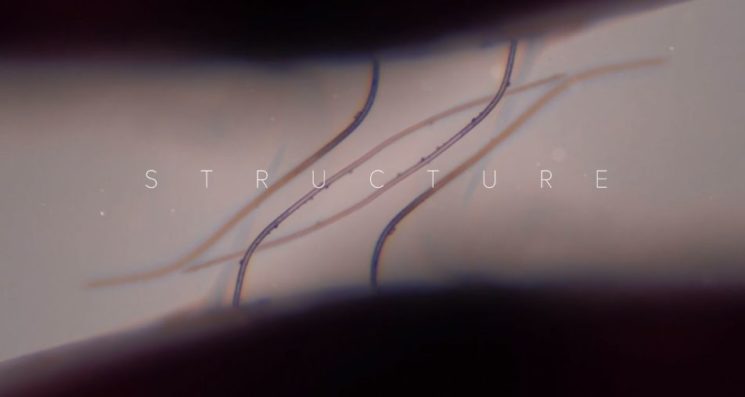 When we magnify even the most ordinary object, we can discover interesting new worlds. Photographer and videographer Andrew “Drew” Geraci did this with food we see and consume every day. With help of a microscope and a camera, he magnified his subjects 1000x and turned them into an abstract and trippy video. His short film titled Structure shows us the unseen, micro world of the things we see every day.

Drew writes that it all started with a single shot of a frozen snowflake he captured with a 100mm macro lens. It was enough to ignite his imagination and make him come up with a new project. So, he went shopping, and his grocery list contained fruits, vegetables, mushrooms, and salt. Oh, and a microscope with camera capabilities.

According to Drew, this was like discovering an entirely new world, and I can totally imagine that. He used a custom motion control device and the microscope to shoot photos and video at 1000x magnification. He used a Sony A9 to shoot the 4K video and show the hidden beauty of these organic objects.

Although the project was amusing, it didn’t come without challenges. Drew says the hardest part was to keep everything 100% still at 1000x magnification. The slightest vibration could ruin the scene. So, he would sometimes need to film the same sequence ten to twenty times. Another challenge was lighting the scene. The light bulbs on the microscope would last him up to three hours, so he says he must have gone through eight or nine of them during the filming process. He also needed to rig up external lightning to illuminate the scene further.

Despite the challenges, this turned out to be an interesting personal project and Drew made it into an immersive video. If you’d like to see more of his work, head over to his website, Facebook, Twitter and Vimeo.

Finally, here’s the list of the items Drew used for the video. It’s mainly food-related (except the soap bubbles), and you can have some fun guessing which is which:

[Structure: A Microscopic Landscape in 4k via PetaPixel]

This trippy macro timelapse turns shriveling of plants into art

Yashica camera brand teases a comeback with a trippy video

« Are you the ultimate photo geek? This video will tell you
The all-in-one Removu K1 4K gimbal features a built in LCD monitor »