Macro and microscopic photography open up a whole new world of possibilities, making even ordinary objects extraordinary. But what about shooting those objects that already are extraordinary? Well, Christian Stangl decided to give it a shot and he has created something truly wonderful.

Teaming up with musician Max Cooper, Christian created a video to his song by playing with opal. He used a macro lens, some lights, and water, and created one of the trippiest and most beautiful macro videos I’ve seen.

Christian explains that opal is special and more than just a gemstone.

“Opals are formed by accumulations of siliceous fluid in various rocks. They are formed either in sedimentary rocks or hydrothermally in volcanic rocks, such as in tuff, but they can also form from organic material over millions of years. After they are fully formed they still have up to 20% water.” 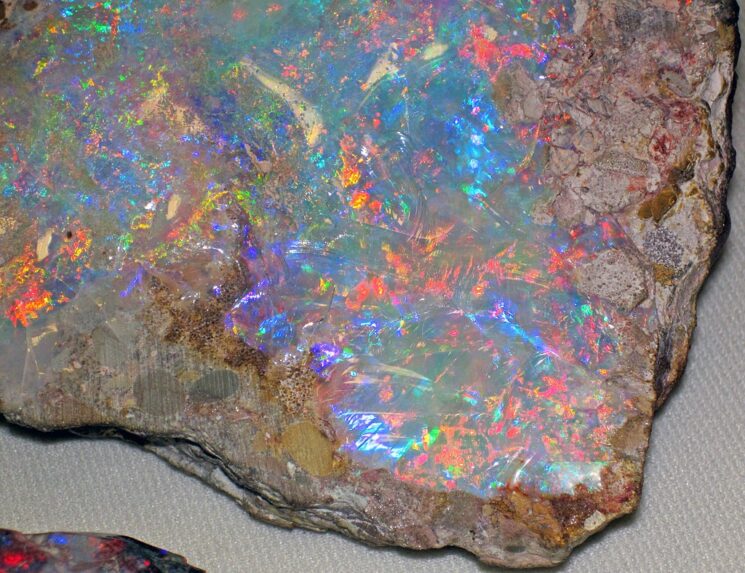 The reason why Christian knows so much about gemstones is thanks to his dad. he collects rough crystal opals and refines them to make beautifully polished gemstones. “The play of color is one of the most mesmerizing effects I have ever seen,” Christian continues. “Looking inside an opal is almost like a window into another Universe.” 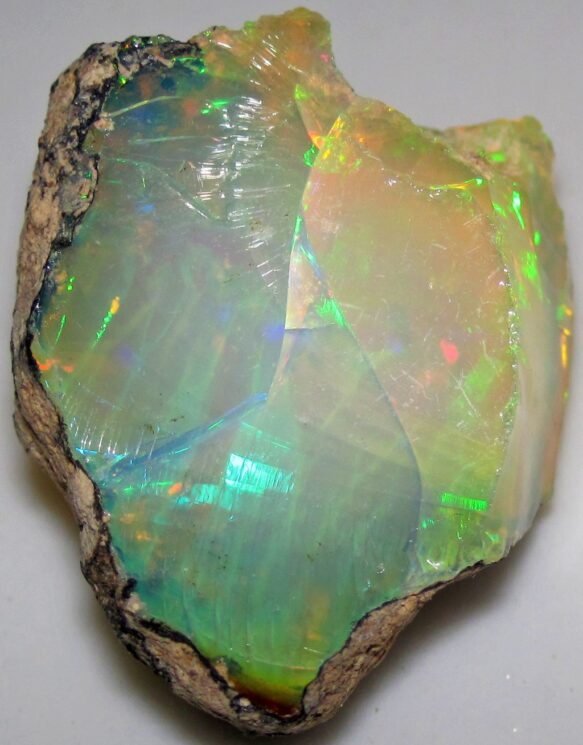 For Christian, the collaboration with Max came just at the right time. He was already experimenting with shooting opals with macro lenses when Max approached asking him to create a music video for him. And then it clicked – these otherworldly opals and Max’s track Spectrum could be the perfect match. And indeed they are!

To shoot these video segments, Christian used a small video-beamer with a special lens attachment to project tiny moving pictures onto the minerals. This helped “to bring them to life in a special way,” Christian explains. As you’ll see in the video, the movements are either synchronized to the music or show some human traces.

“The variation of light and color makes the opal a perfect object just waiting to be moved. I used a micro-rotation-stage to get these motifs moving and to change the angle of incidence of the light.”

When the video started, I felt like looking at aerial landscapes. Then I started seeing something like galaxies and nebulas. There was even a human face, reminding me of some prehistoric statues I saw at a local museum. And yet some segments reminded me of the cave interior. There’s so much you can see in such a small object as a gemstone. Christian recognized it and filmed this video that I believe will spark the imagination in every one of us.