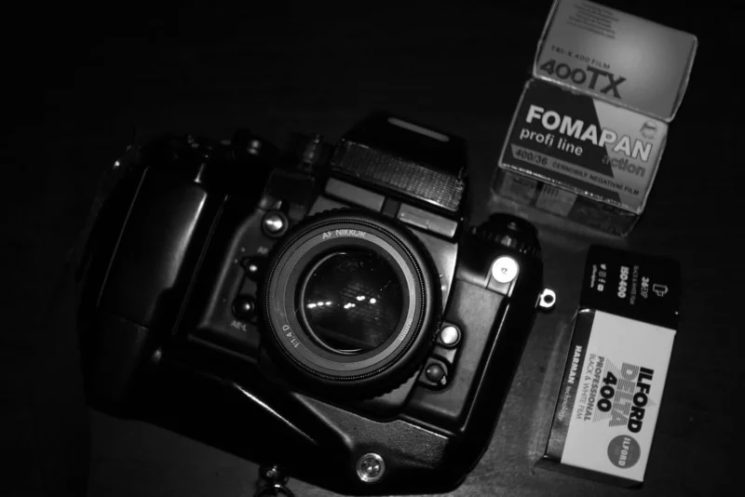 Introduced in 1988, the Nikon F4 was the world’s first professional autofocus camera, and it made its way quickly into the hands of many working photographers. But despite the incredible leap in technology it represented, it was apparently quickly overtaken by the competition, which built on the solid foundation the F4 offered.

Early reviews were kind, but the advances in all areas of camera technology since then have left it more a cult option for today’s users.

I’ve seen the F4 in common use today as a portrait machine or as a landscape option with slide film – slower genres that take advantage of the excellent metering and intuitive controls. Less seen is the application to faster-paced, action-oriented environments: sports, wildlife, and my use case: photojournalism. 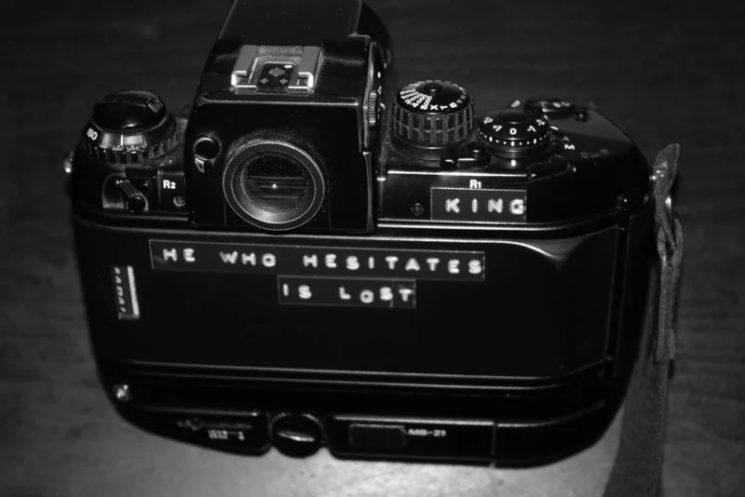 My decision to try the F4 for photojournalism was based entirely on the practicality of the system. Although I don’t baby my gear, there’s a line between general-purpose use and beater use, and my work at protests or in harsh weather conditions definitely calls for a beater. Features like weather sealing, manual controls, and a reputation for a sturdy build were all taken into consideration in my decision to go for the F4. I also liked that it was a simple enough system, with no menus or many features I wasn’t likely to use. 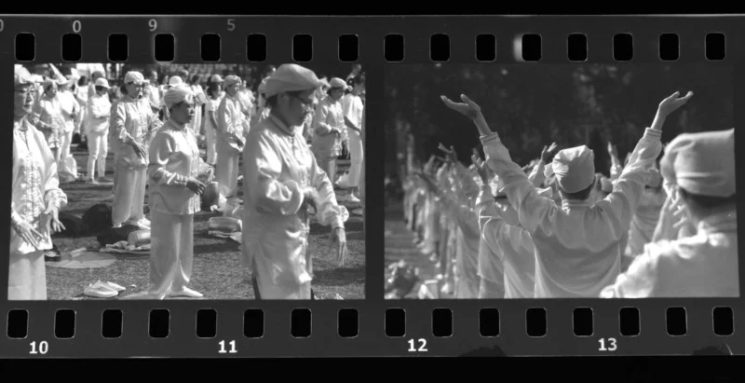 Within a few days of use, I had my share of irks with the camera; things like shutter blackout (which I’m not used to at all) took me some getting used to, and the meter readout didn’t make sense to me at all.

However, any and all of the small irritations I felt with this camera were outweighed by the images I actually made with it. Shooting at 50mm I was not held back in any majorly disruptive way and was able to work just as efficiently as with the camera system I am used to. 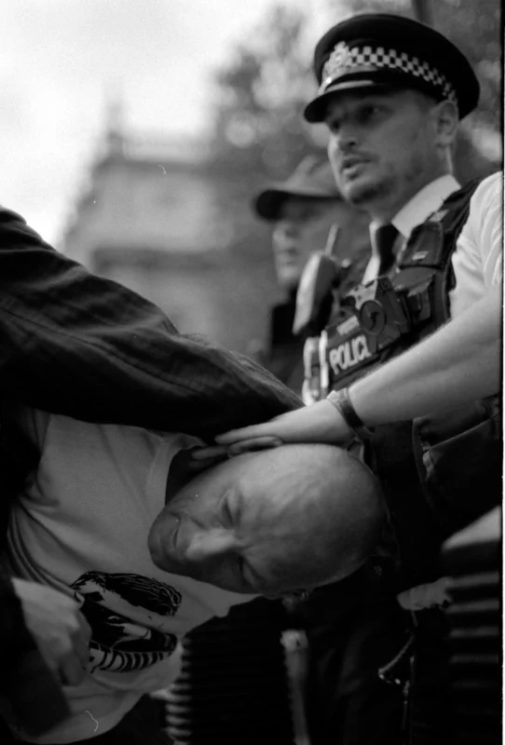 I had none of the concerns bringing the camera right into the heat of the action, where I may have otherwise felt a little more reserved with my Leica setup. For the Nikon F4, 50mm f/1.4, and 80-200mm f/2.8 I paid just over £300 (~$370), which is essentially nothing compared to my usual rangefinder equipment.

I believe that the reason many photojournalists prefer to shoot from a distance with longer lenses is the value of their gear. I think this has a negative effect on the quality of their work and that we would have a much more emotive selection of images if more chose to shoot wider and much closer. Cheaper gear encourages this approach – the emotional impact of the image ought to outweigh any concern over megapixels or sharpness. 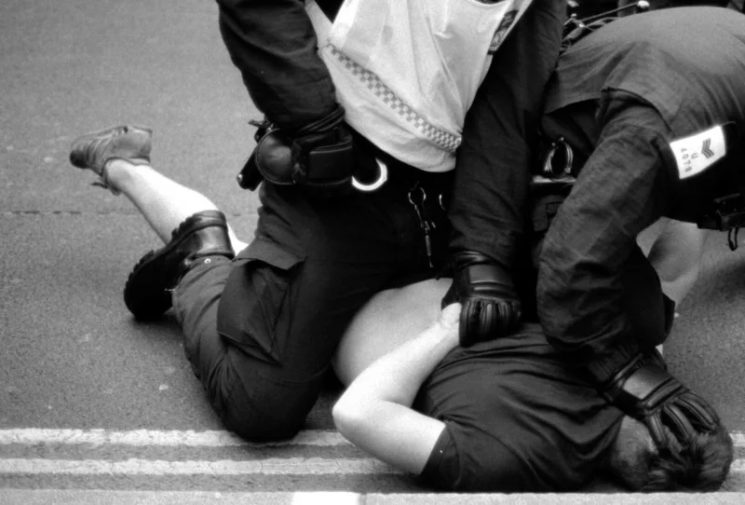 The majority of the images in this article were taken at 50mm, which I think is the best focal length for reportage work. I could work on 50mm alone, but I’ve wanted to play with a longer focal length for a while now – 90mm is my standard for all-round photography, but anything more than that is tricky on a rangefinder. The SLR gave me the chance to incorporate 80-200mm, which I’ve been using for slower-paced scenes – such as during peaceful protests when people are less aggressive, and I’m able to reach in and pick them out of the crowd. 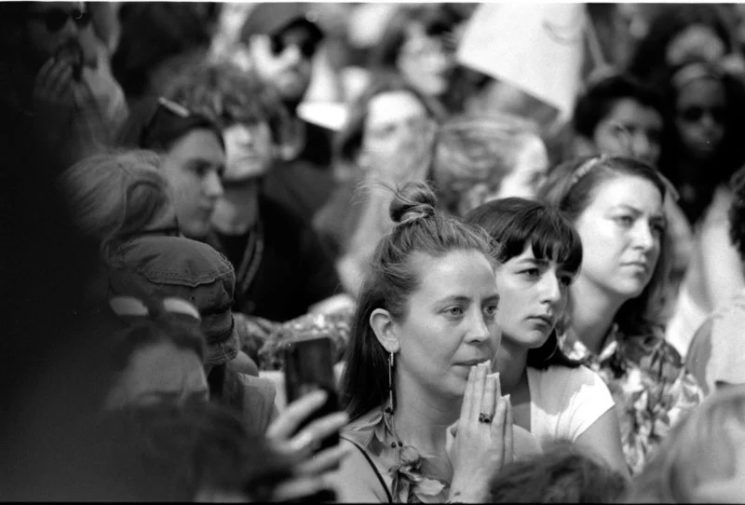 Autofocus with the 50mm is fast — about as fast as I can manually focus with a rangefinder. This is faster than I expected, as the majority of things I’d heard about the autofocus was that it was the main reason to avoid the camera. I’ve had no issues with missed focus so far, but I’ve struggled with focus locking, as I’m used to moving to accommodate for my subjects changing distance from me. I’ll sometimes refocus a few times before being comfortable that it’s dead-on. The central point AF is close enough to the way I’m used to working with a rangefinder patch, although it can be difficult to see – especially in low-light.

I can see how the central focus point could be an issue for sports or wildlife photographers who would need a wider grid to work with, but for the focus/recompose method of shooting I’m used to with a rangefinder on the street, I couldn’t think of a better system I’d rather use for fast action happening within a few meters from me. 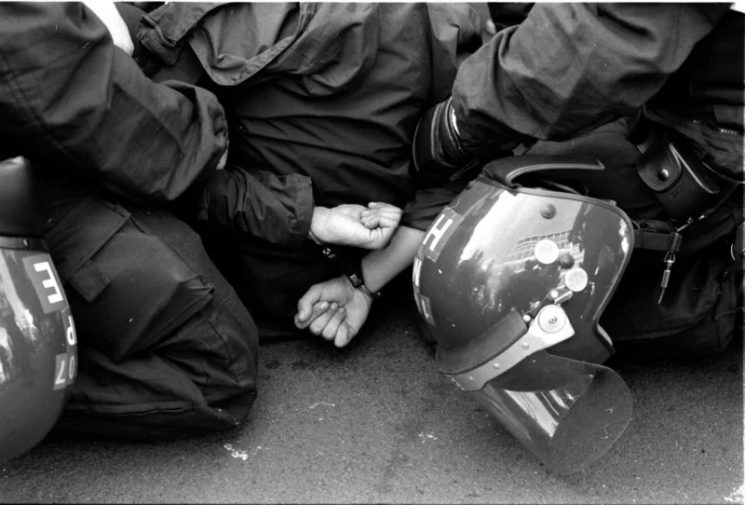 Manually focusing an SLR is one of my least favorite things, even with a split prism. I use the F4 as an autofocus-only camera and simply have to trust that whatever I’ve pointed it at is in focus. The single point system is very similar to the Contax G, so any users of that system should have no problems adjusting. The F4 makes similar use to the G of indicators in the viewfinder to help with focusing, but with the added benefit of the through the lens verification that things look the way the photographer wants. With these methods combined, I don’t worry as much about focus as I do with other SLR cameras.

My low-light experiences with the F4 are noticeably more frustrating than with my rangefinders. I find both framing and focusing to be an annoyance — the focusing will lock on quickly enough when there is sufficient contrast, but in any other case, it will struggle. I have to slow right down in darker areas, whereas with my M6 in the same conditions I can essentially continue to shoot with no changes necessary.

I do like how dampened the shutter is, and I’ve enjoyed the ability to shoot down to very low speeds handheld – often essential for night scenes. 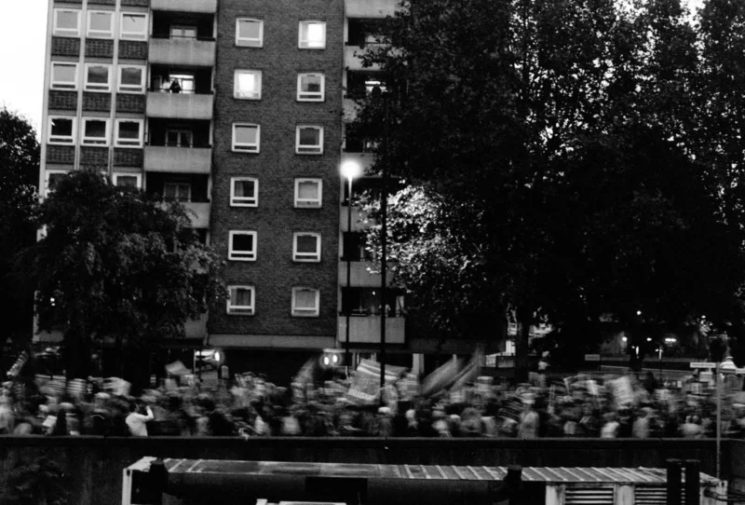 I haven’t had much of an issue with this workflow – I think it would be most comparable to the way I shot my Contax, essentially as a point and shoot; but there are compromises to make. Having said that I think the slight adjustments I’ve had to make for this system to work in my hand haven’t detracted from the actual work. The images I’ve so far produced with this camera are in line with my expectations, and that’s what matters. I feel I’m able to get closer to the action and capture it quickly without being held back by the camera. 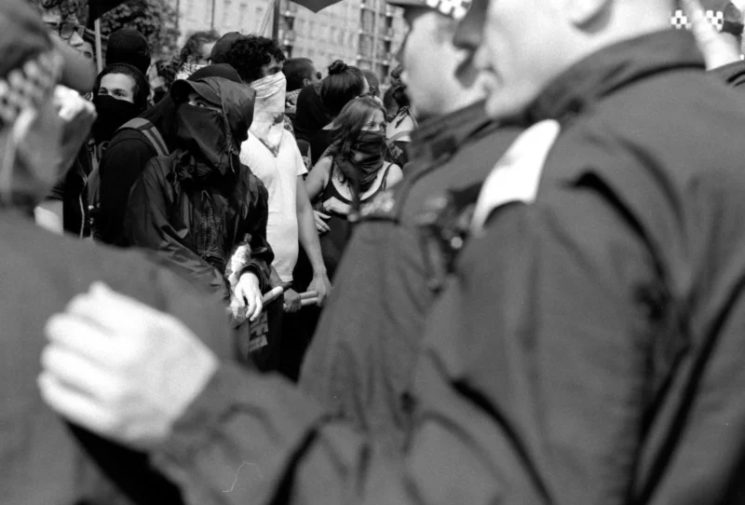 Photography, and especially film photography, continues to gather popularity from new enthusiasts and newcomers to the art. We are also currently seeing (for better or worse) an intense amount of civil unrest in the form of protests, riots, rallies, and significant events.

This generation of photojournalists and visual storytellers has access to the entire history of photographic tools, and it’s great to shoot alongside photographers who are using anything from medium format Hasselblads to disposable film cameras. The entry requirements necessary to create a beautiful image are almost non-existent, which leaves some obvious choices to anyone dedicated to storytelling – I think the Nikon F4 is one of these.

Compared to what’s on offer from modern cameras it’s a restrictive option, but it’s by no means defined by its restrictions. When putting the story first, it is a better option than anything a photographer on a budget is likely to be buying new. I’ve found it a fantastic option for fast-paced photojournalism, and I think that it, along with an era of classic film cameras, ought to be finding it’s way into the hands of today’s passionate storytellers.