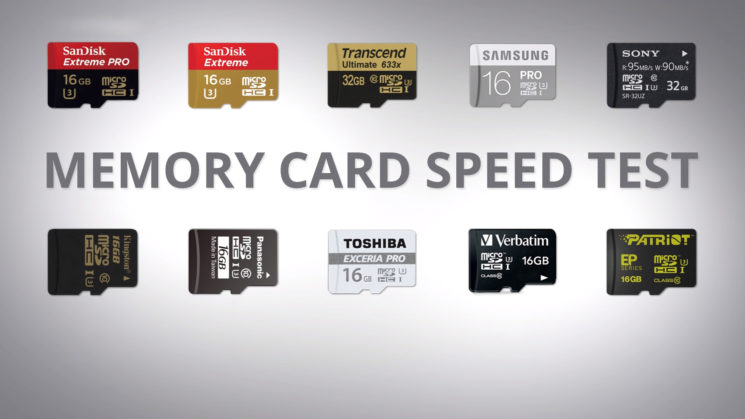 Memory cards are the biggest pain in the backside for photographers. We have to keep getting new ones whenever we upgrade because cameras make bigger files. Video requires higher bitrates. Our low capacity slower cards can no longer keep up. And we need a bunch of them, because we need to shoot backups, use multiple cameras, or lose them.

Storage technology is always changing, too. You have to keep up-to-date with what’s the best, and the best value, to spend your money wisely. Tom of Tom’s Tech Time decided to put 10 of the current range of popular micro SD cards up against each other to see how they compare.

While microSD might not be the first thing you think of for your camera, they can be more versatile than buying regular SD. They’re the same technology, just shrunk down, and they will work just fine in any DSLR or mirrorless through a simple adapter. But, you can also use them with action cameras, phone card readers, 360° cameras, drones and other devices.

So, this is the lineup for the cards being tested. 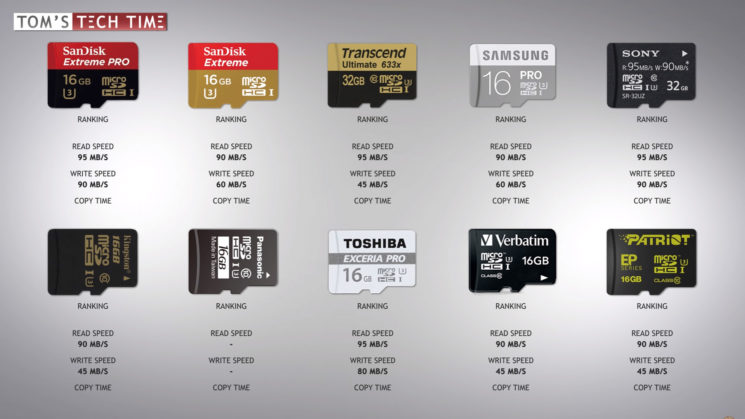 Tom tested the speeds of each card using CrystalDiskMark, a fairly common application used for such tests. He also took a 4.1GB video file on his computer and copied it straight to each memory card to see how long it would take.

In testing these cards, the results are very different from those the manufacturers claim. Of course, there will be some variance depending on the card reader used. In Tom’s tests, though some of them actually outperformed the manufacturer’s claims, especially when it came to write speeds. And this is Tom’s final leaderboard. 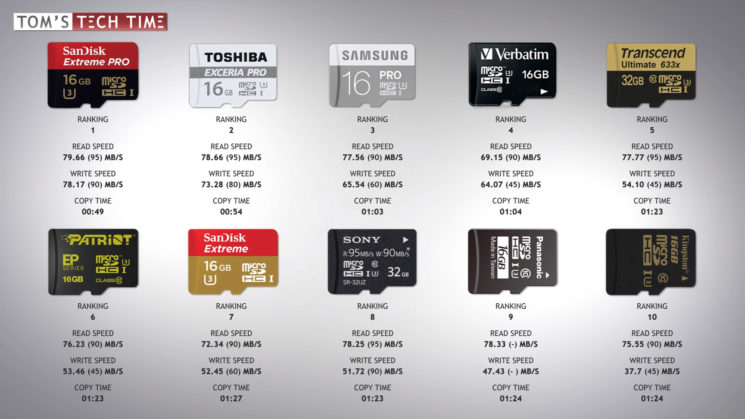 It’s probably not much of a surprise which card won. The SanDisk Extreme Pro cards regularly come in at the lead in such tests. It’s why they’re so often recommended by both gear manufacturers and users alike. Although it just goes to show you can never really depend on the manufacturer to give you accurate read or write speeds on cards.

Despite the recent bad news, I was quite surprised to see no Lexar cards in the test. I’ve never been a particular fan of Lexar cards myself (too many failures), but there’s still plenty of unsold stock available out there.

What’s your memory card of choice?

« A part of Leica is up for sale, and Zeiss could be the buyer
Interfit’s new Honey Badger strobe looks an awful lot like AlienBee’s DigiBee »