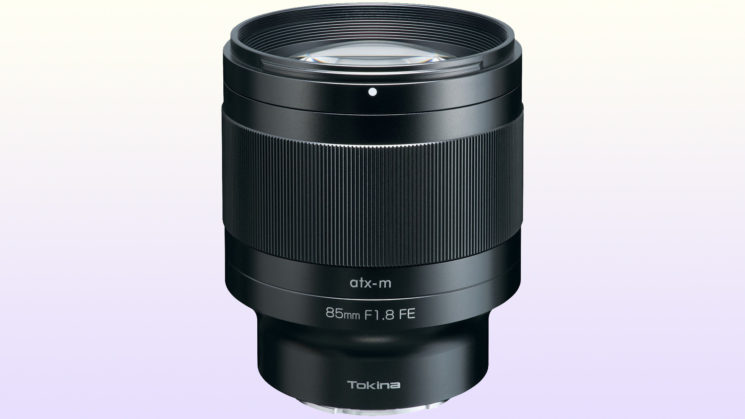 When the photos and specs leaked of the new Tokina 85mm f/1.8 FE lens, it was just a matter of time when the official announcement would come. And here it is: the Tokina atx-m 85mm F1.8 FE is officially out. It’s a $500 fast prime lens for full-frame Sony E cameras, the first in Tokina’s new atx-m line of mirrorless lenses.

The “m” in the new atx-m series stands for “motif” and “mirrorless.” According to Tokina, it’s the motivation this company provides to photographers “for creating unique and breathtaking photos with mirrorless cameras.” The 85mm f/1.8 is the first to be released, but we can expect more lenses in this series.

When it comes to the build, the Tokina atx-m 85mm F1.8 FE is made from 10 optical elements including one SD (low-dispersion) element. The company promises excellent resolution from corner to corner, high contrast, low distortion, and chromatic aberrations, and natural colors. Super Low Reflection Coating promises reduced ghosting and flare, and it also makes the lens elements oil-, water- and dust-repellent.

Although it was designed for full-frame Sony E-mount cameras, the Tokina atx-m 85mm F1.8 FE can also be used with APS-C models. In this case, you’ll get a 127.5mm equivalent focal length. Even though it’s not the fastest lens in the market, Tokina calls it “bokeh monster” because of its f/1.8 maximum aperture and a 9-blade diaphragm. It sounds a bit pretentious, but the lens indeed provides a very pleasing bokeh, at least that’s what I can conclude from sample images.