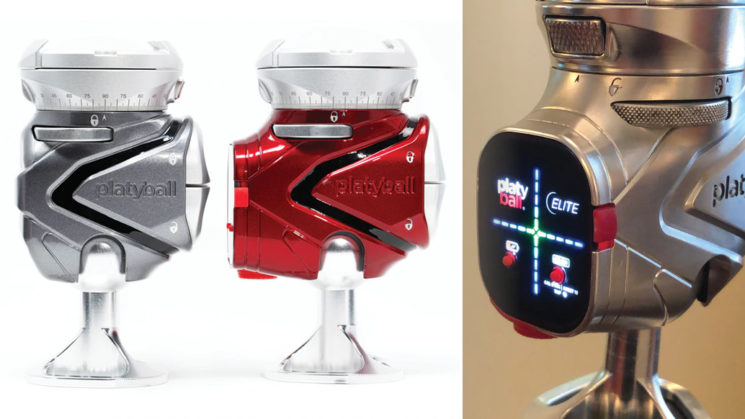 If you haven’t heard of Platypod before, they’re the company that makes that little flat kind-of-tripod of the same name to provide you with a stable platform on which to place your camera on rough terrain. You can stick just about any kind of tripod head on top of it you like, but regular tripod heads for photography generally have one big problem. You can’t easily pan them and keep your scene level.

This is where Platypod’s new Platyball steps in. It’s essentially an upside-down ball head. There are two versions of it, the Ergo and the Elite, the latter of which comes with a built-in gyro and LCD display for easy levelling. The project is being launched through Kickstarter, and they’ve already hit their funding goal 10 times over.

The basic makeup of the head involves a stainless steel-reinforced 3/8-16″ socket to screw onto the top of your tripod, an Arca-Swiss compatible plate on top and then a ball in-between. Just sounds like a regular ballhead right? Well, maybe, until you realise the whole thing is mounted the “wrong” way up.

Why is this such a big deal? Well, I’ve explained the problem with regular photography tripod heads before, and why I choose to shoot landscapes with a video tripod. The base of most tripod heads isn’t level. Because the top of the tripod legs also isn’t level. This is why we’re able to move the heads around in order to make it level. But, when you rotate that head around, it goes all to cock.

The clip above might not look that dramatic, but when you look at the actual footage, the issue becomes quite obvious. They both start off level, but only one remains that way.

The regular ball head on the right goes way off its level when you start to turn it while the video tripod head keeps the horizon at exactly the angle it’s supposed to be. Video tripod heads manage to achieve this by letting you actually level the base so that the part which rotates is level. The Platyball works on the same principle as those video tripod heads. The inverted ball head design means that the point around which your camera rotates is on the level top and not the unlevel bottom.

But video tripods and heads are typically pretty huge (although there are exceptions) and kinda clunky to carry around sometimes. You also have a bunch of extra knobs and dials to deal with that just aren’t all that useful if you’re trying to be as lightweight and portable as possible. The Platyball, on the other hand, is extremely small, and does away with all of those dials and knobs, in favour of quick-release buttons. 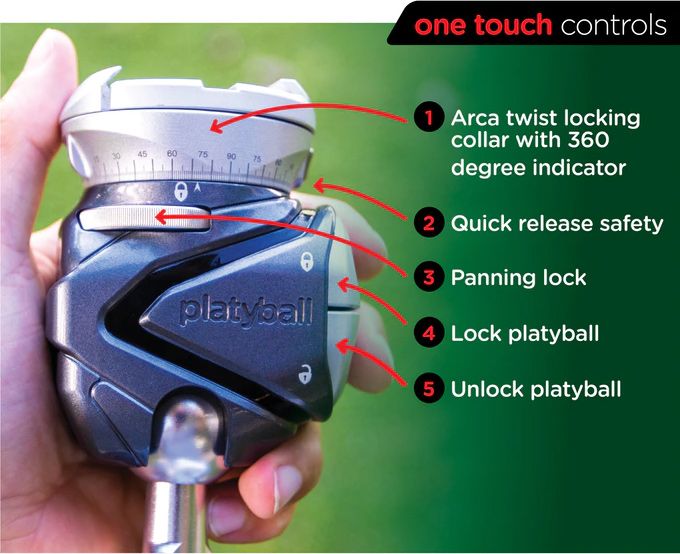 There’s an Arca-Swiss compatible plate on top with a locking collar instead of the screw-knob we see on most ball heads, with a quick-release safety button to prevent it from falling out unexpectedly as you loosen it. There’s a lock dial to prevent the head from panning when you want it to stay on point, and two buttons allow you to unlock and lock down the ball mechanism itself, independently of the pan.

There are two versions of the Platyball. There’s the Elite and the Ergo.

The Elite is the fancy one. It contains a gryo and an LED display to let you easily see when you’ve managed to level it. The brightness of the LED means it can easily be seen in all lighting conditions, and you can reduce the brightness when you’re shooting something like astrophotography so you don’t blind yourself at night. A very handy feature when you can’t see the bubble levels found on many more traditional tripod heads in the dark.

The Ergo is a little smaller and doesn’t contain any fancy electronics, but you are relying on figuring out another means to determine when your camera is level. It’s designed for use with cameras that have a built-in horizon indicator, but if your camera doesn’t have one, you’ll want to pop a bubble level in the hotshoe or something.

I’m totally sold on the whole concept of inverted ball heads, and the Platyball takes it to a whole new ease-of-use level with quick-release buttons. And both versions can hold up to 10kg of load (22lbs) but only weight 595g.

The Platyball is currently being launched through Kickstarter, with Ergo and Elite prices starting at $199 and $249 respectively during the campaign. Shipping isn’t expected to begin until December, though, so you’re in for a bit of a wait. But if you’re the patient type, this one may well be worth investing in.