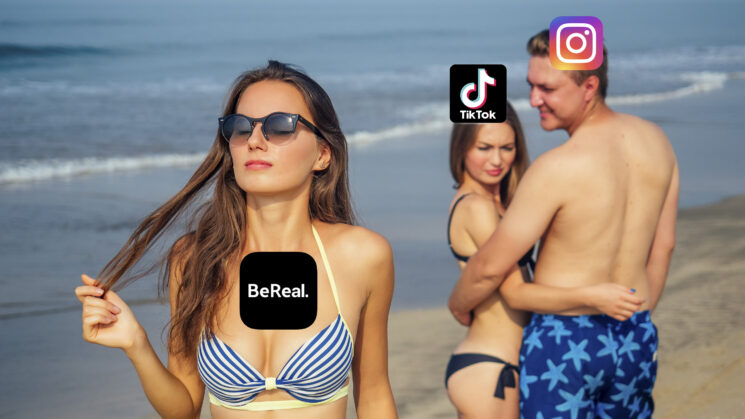 If you’ve been following social media news recently you’d be right to think that the apps have all gone a bit crazy having identity crises. Instagram wants to be TikTok, BeReal and Snap all in one, Snap and YouTube want to be TikTok, and BeReal just sorta wants to be left alone to do its own thing. It’s all so exhausting. And now, in an added twist of multiple personality disorder, TikTok has just added its own Instagram -like feature called Photo Mode.

Photo Mode is, well, what it says on the tin. The update allows TikTok users to share multiple still photos in a post, along with captions of up to 2,200 characters. Photos are displayed in a carousel format, with one image after another. Other users can swipe through the carousel at their own pace.

The new photo posts, which can also feature music, will appear on users’ For You page alongside videos. In a blog post, TikTok says it hopes Photo Mode, combined with the recently-extended character count, will allow creators to “express themselves and more deeply connect with others.”

The Photo Mode honestly seems to function a lot like Instagram’s carousel posts which allow up to 10 images to be swiped through. However, according to Mashable, people are already using it to just recycle content from competing social media accounts such as, yep, Instagram.

This continual homogenisation of social media could signal its demise. If there is nothing that makes any of them different from one another, why would we use them? When dominating users’ time is their main business model I suppose it’s inevitable that they will try to use every trick to hook their users. However, I can’t help thinking that this will be their downfall. The Wall Street Journal recently reported that TikTok is still vastly outpacing Instagram Reels in daily watch time, and a recent secret leak seems to show that Reels engagements are having issues. But this is possibly the first time that TikTok has copied Instagram back.

Could it be because there has been backlash over Instagram becoming more video-centric? YouTube has incorporated a Stories style feature plus short form video fairly successfully. However, it has never moved away from its original premise. And I think that’s the key. It’s one thing to compete and evolve, but quite another when the whole point of the app changes from its original point. Instagram was for stills and now isn’t. TikTok was for short videos and is now doing stills.

Yes, it will be interesting to see how this plays out in the longer term. Ultimately, I think that we are beginning to see that these apps are actually not that great for us to be using for vast quantities. Even for business use most people I know who run small businesses feel obliged to post to all the social apps but see very little return on investment. In other words, most of their clients or customers come from other streams apart from social media.

While the social media apps fight it out for your attention, I think I’ll be using my time in the real world spending time with real people. Instagram et al can copy that if they like!