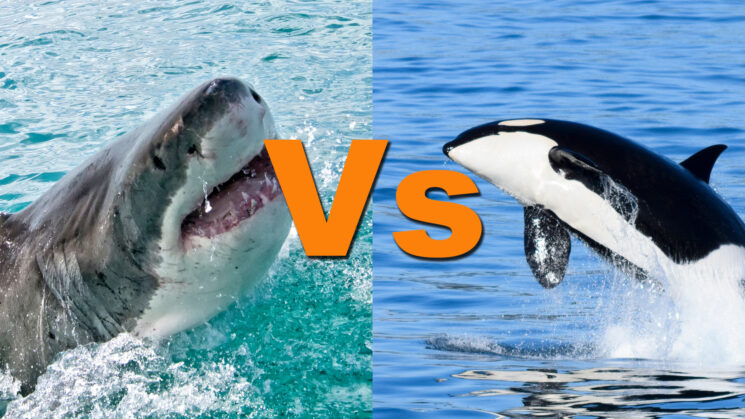 They are the apex predators of the ocean, and certainly ones that you don’t want to bump into at the beach. But how do great white sharks and orcas stack up against one another? In a fight, who would come out on top? In case you’re desperate to know the answer, now scientists know. This drone video is the first known footage of a group of orcas hunting and killing a great white shark in the wild.

The drone footage captured on May 16 2022 proves what biologists in South Africa have long suspected: a group of killer whales is systematically hunting and killing great white sharks off the coast of the country.

The drone footage shows five killer whales attacking and killing two or three great white sharks over a period of 70 minutes. The carnage was also witnessed by a helicopter pilot who confirmed the events.

Over the course of the 30 minutes of footage, the orcas are seen pursuing, attacking, and eating the sharks in Mossel Bay, near the southern tip of South Africa. A scientific analysis of the footage was published this week in the journal Ecology.

Since 2017 eight great whites have been washed up on South African shores with various organs missing. Seven were missing livers and many were also missing their hearts. The injuries showed consistent evidence of orca attacks.

“This behaviour has never been witnessed in detail before, and certainly never from the air,” said Alison Towner, a senior shark scientist at the Marine Dynamics Academy in Gansbaai, South Africa and the study’s lead author, in an Ecological Society of America release.

Towner added that orcas probably target great white livers because the organs are rich in nutrients and can account for up to one-third of the sharks’ body weight.

In response, the bay area has been strangely absent of sharks since the attacks. The great whites are getting out of dodge just as fast as they can. It’s interesting animal behaviour, and orcas have been likened to packs of wolves in the way that they hunt and interact with one another.

They are incredibly intelligent and are one of the few mammals aside from humans that go through menopause, allowing matriarchs to lead the group and help out with grandmother duties. In fact, female orcas can live up to 90 years of age, given the right conditions. They pass on feeding, hunting, and migration knowledge to the younger members of the pod. This new hunting of great whites then could certainly become engrained over generations of orca and could have an interesting effect on the ecosystem.

Great white sharks have a terrible reputation, but like all animals, have their place in the food chain. Removing them could have consequences further down, leading to an overabundance of their usual prey for example.

Footage such as this is always interesting and allows scientists to analyse whether changes in animal behaviour are due to environmental pressures or are just as-yet unwitnessed but normal behaviour.