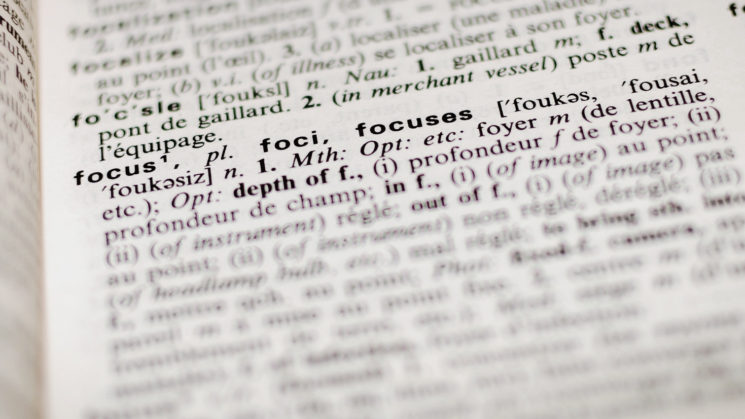 From the beginning of time, photographers have argued about the crucial stuff such as how to pronounce the word “bokeh.” And from what I’ve heard so far, most of them are pronouncing it wrong. But guess what: there are a few other photography terms that you’re likely saying (or spelling) wrong. In this video, Gerald Undone discusses these and explains how you should pronounce them and why.

Raw: Gerald starts with a sort of a bonus: raw. The term that isn’t pronounced wrong, but it’s rather misunderstood. People tend to spell it as RAW, and it’s wrong because it’s not an acronym.

JPEG: when you’re referring to JPEG as file extension, it’s okay to write it in lowercase (.jpeg). However, if you’re referring to a compression method as a whole, JPEG is to be spelled in all capital letters. The reason is that it’s an acronym and it stands for Joint Photographic Experts Group

EOS: You know the Canon EOS series of cameras? Even though the series was named after Eos, a Greek Titaness and the goddess of the dawn, it’s also an acronym. According to Canon, EOS also stands for Electro-Optical System. That’s why it’s spelled in all capitals, although it’s likely to be a backronym. However, this spelling is why many people pronounce it as initials, and it should be pronounced as one word, Eos /ˈiːɒs/.

ISO: Here’s another term that’s also misidentified as an acronym. You may have heard that it stands for International Organization for Standardization. However, the acronym would then be IOS, and it wouldn’t be the same in different languages. ISO comes from the Greek isos, which means equal. So, it’s pronounced as one word, /ˈaɪsəʊ/.

Bokeh: “Boh-key,” “boh-kuh,” “boo-kay…”So many pronunciations, all of them wrong. “The trick is to separate the syllables and hit them hard,” as Gerald humorously explains. So, you should pronounce it something like “boh-keh.” When transcribed, it would be /boke/.

Bokeh comes from Japanese and it describes the quality of background blur in your images. While we’re at it, this means that you can’t have “more” or “less” bokeh in your photos, because it’s not about quantity. Bokeh can only be more pleasing or less pleasing.

As someone who studied English and who loves phonetics and phonology, I found this video super-fun. And I have to admit that I’ve been in the “RAW clan” so far, but now I plan to change that. What about you? How many of these terms were you saying or spelling wrong? And do you even care? : )

Saying No To Jobs And Getting Paid

« The Canon EOS RP is being announced tomorrow, it costs $1,299 and here are all the specs
How to show your camera some love this Valentine’s Day »