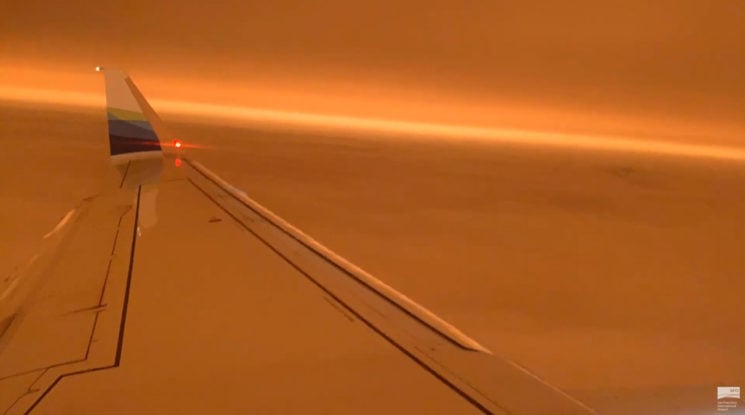 Wildfires are still raging across the states of California, Oregon, and Washington. The skies look surreal, making San Francisco look like Blade Runner. To show what it’s like to fly in the flaming red skies, San Francisco International Airport shared a timelapse video of an airplane taking off from one of its runways. And it looks like it wasn’t taken on this planet.

PetaPixel notes that the timelapse was captured on Alaska Airlines flight #3458 while it was taking off last Wednesday and flying to Palm Springs. It looks absolutely unreal as if it was taken on Mars. But as the plane rises higher above the clouds, you can see how the color changes.

The massive fires have burned burning more than 4.6 million acres of land so far. According to some reports, one of the fires was caused by a smoke bomb at a gender reveal party.