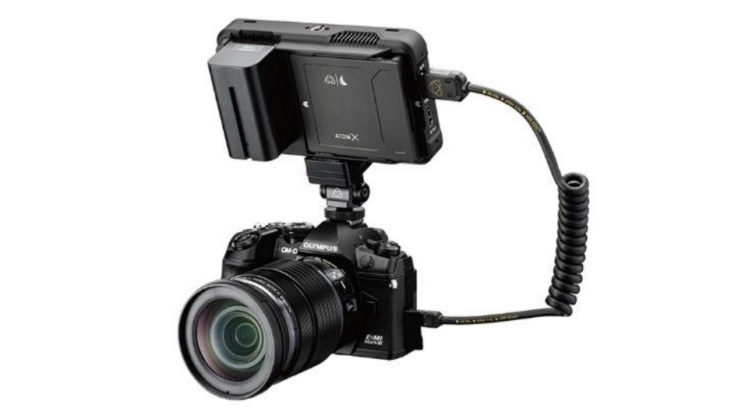 Just a few days ago, Japan Industrial Partners, the company taking over Olympus’ Imaging division stated that they were going to start putting more of a focus on video. Well, it seems their focus has shifted sooner than anybody expected.

Today, Olympus has announced the development of a new firmware update, being created in collaboration with Atomos, to allow the Olympus OM-D E-M1X and OM-D E-M1 Mark III mirrorless cameras to output RAW over HDMI, allowing them to take advantage of ProRes RAW recording in the Atomos Ninja V.

Olympus Corporation (President: Yasuo Takeuchi) is pleased to announce the development of firmware that enables output of RAW video data from Olympus OM-D E-M1X and Olympus OM-D E-M1 Mark III mirrorless cameras to the ATOMOS NINJA V HDR monitor recorder. Development is under way in collaboration with ATOMOS. Data is recorded to the ATOMOS NINJA V as Apple ProRes RAW for flexible image editing. This lends greater flexibility to professional video production post-processing tasks such as adjusting exposure and color grading recorded footage. The firmware is scheduled for release in winter 2020.