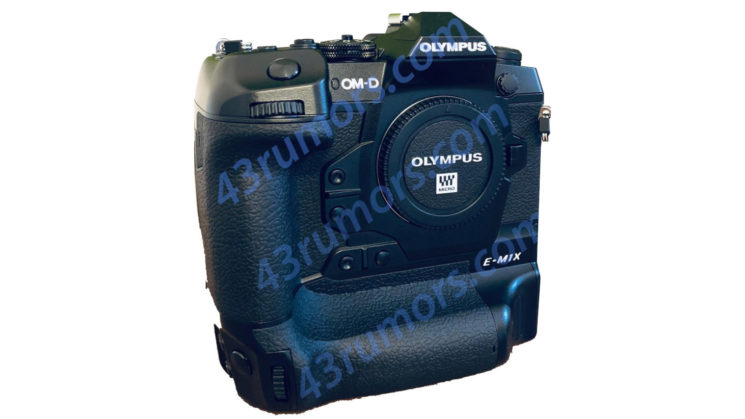 It’s been a while since we’ve heard anything from Olympus when it comes to their higher end bodies. The last big announcement, really, was the OM-D E-M1 Mark II back at Photokina 2016. But now it looks like they have a new one on the way. The Olympus OM-D E-M1X. And the first photos of it have leaked via 43Rumors.

43Rumors says the images were submitted to them by a reader, and that the authenticity of the images has been confirmed by “trusted sources”. 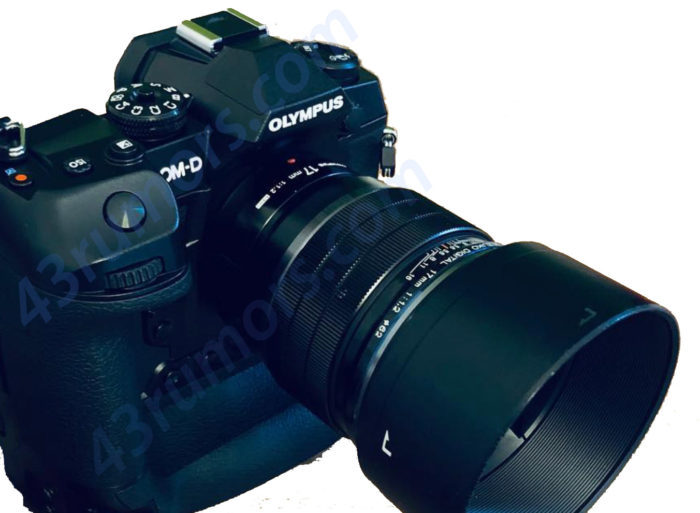 The original photos were posted to the Micro Four Thirds User Group forums, where you can get a better idea of the size of the camera. One image shows a hand in the shot alongside the camera, and it still seems fairly compact – as we’d expect from an Olympus Micro Four Thirds Camera – although it does appear to have a built-in vertical battery grip. 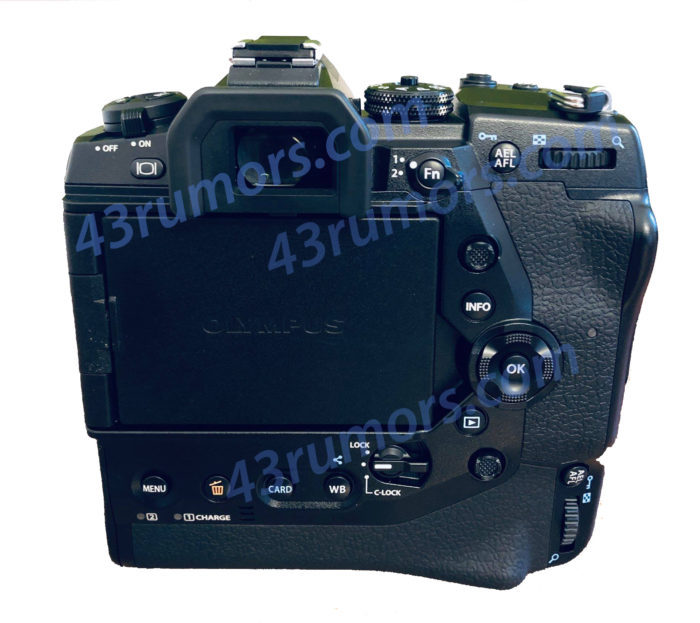 43Rumors offers possible specs for the new camera. It will have a 20-megapixel sensor (not a global shutter, though), with a frame rate of up to 18 frames per second and a very ambitious 7.5 stops of stabilisation.

It will also offer a “high res” mode, for images up to around 80 megapixels at 1/60th of a second. Presumably, this is some kind of “pixel shift” type deal, which moves the sensor and takes multiple shots to create a resulting image. That being said, they mention that this can be done handheld. With 7.5 stops of stabilising power and an 18 frame per second shooting rate, this will be an interesting feature to see in action.

The E-M1X will use the same batteries as the E-M1 Mark II and house a larger EVF. The camera is aimed primarily at sports and wildlife shooters. There’s no mention of video capabilities, but this is Olympus, so I imagine video won’t be much of a priority.

Obviously, there’s no word on price yet. An official announcement for the Olympus E-M1X is expected in January 2019 (along with some new zoom lenses and a speedlight), with availability beginning in February.